Sri Lanka: NPC calls for the immediate formation of an all-party interim government as proposed by political leaders, civil society and religious clergy 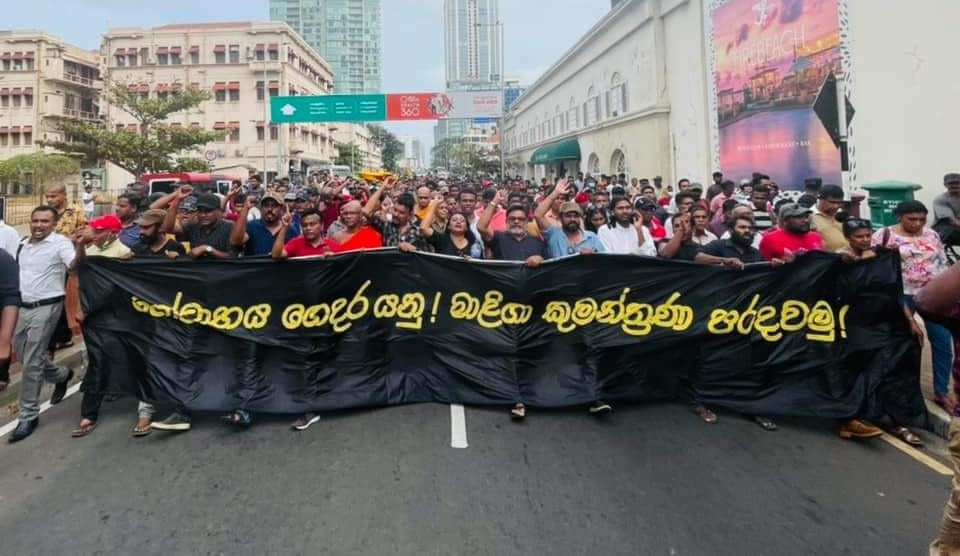 Statement: DECIDE BY SUFFICIENT CONSENSUS ON THE NEXT STEPS FORWARD

The occupation of President’s House by the Aragalaya (people’s movement) and further occupation of other state buildings used by the President and Prime Minister has been followed by the fleeing abroad of President Gotabaya Rajapaksa early this morning.  The occupation of the Prime Minister’s official residence and the Sri Lanka Rupavahini Corporation, and the attempt to reach the parliamentary complex highlight the continuing crisis in Sri Lanka and the loss of faith in existing political institutions.  Unfortunately, we have often witnessed near violent behavior of many of our legislators in recent months which eroded the faith in democratic institutions.

The president, government and security forces have demonstrated commendable restraint so there was no loss of life despite the near revolutionary scale of the events that occurred.  The occupation of state properties needs to end soon with all people agreeing to abide by the law and the constitution of the country.  We do not condone the use of force and undemocratic suppression of the people’s right to protest by means of emergency law and curfew. There is a need to act with responsibility as well as prevent anarchy.

The National Peace Council expresses its disappointment and consternation at the varying and contradictory communications between the president, prime minister and speaker regarding the resignation of the president and his replacement.  In view of this and the effective nullification of the electoral mandates of the president and present government given three years ago NPC calls for the immediate formation of an all-party interim government as proposed by political leaders, civil society and religious clergy.  It is appropriate that the membership of the interim government to be chosen by sufficient consensus of the main parties.

The importance of consensual decision-making at this time is that the problems facing the country are very grave.  There is a need to set the framework for corruption-free economic restructuring, constitutional reform, devolution of power, based on pluralistic values, and accountability that will have the people’s backing and prepare the ground for free and fair early elections. This will also strengthen the conviction of the international community that the country has a blueprint for the future and that would ensure assistance for us to emerge from the current economic disaster and confrontational politics, the need of the hour.