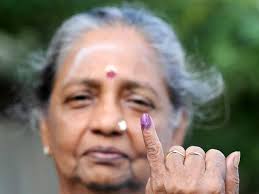 With Gotabaya Rajapaska claiming victory in the presidential elections, how does one understand the Northern vote?

The 2019 presidential election was going to be a difficult one for the North. The disappointment with the Maithri-Ranil Government after the hopes set by regime change in 2015 and the lack of any strong vision on the part of UNP candidate Sajith Premadasa to address minority concerns made mobilisation difficult. The TNA caught in this conundrum delayed their support for Sajith, until close to the elections. The opportunistic narrow Tamil nationalists sought to exploit this situation and called for a boycott.

In reality, the Northern voters in this election did not take direction from any of the political actors, and in fact moved on their own well before even the TNA supported Sajith. The Northern vote was a rejection of the militarised and repressive politics of the previous Rajapaksa Government. Furthermore, the higher voter turnout was a damning rejection of the boycott call and exclusionary politics of the Tamil nationalist fringe. I argue, the Northern vote is a reflection of the democratic politics that has emerged in the war-torn regions and significantly a readiness to engage in national politics.

An overwhelming vote in the North for Sajith was a bygone fact. However, the level of voter turnout, particularly in a national election where an absolute majority decides, was a concern before the elections. Will the voters feel motivated to go out and vote? And will the boycott call confuse voters?

While there were few elections rallies and not much in the form of mobilisation, there was both an increase in voter turnout compared to the presidential election in 2015 and convergence with the levels of voter turnout in the South. National electoral politics has now gained traction in the North after decades of armed politics and conflict as well as social disruption and displacement.

“In reality, the Northern voters in this election did not take direction from any of the political actors,”

The election results and the imagery of the green in the North and East in contrast to the Maroon in the South are bound to provide a field day for the nationalists on both sides. They will seek to use this election as the ground for their polarising politics; of competition and defeat of one side over the other in ethno-nationalist terms.
In reality, this was not an election that was going to be determined by the minorities, but it was an election fought in the South and won by a well mobilised political machine, which had worked hard since its defeat in 2015 and even took the risk of breaking from the SLFP and forming its own party. The SLPP used every opportunity to its advantage including the anti-incumbent vote so characteristic of Sri Lankan electoral politics, the economic failures of the Government and the great security lapses that led to the grave disaster of the EasterAttacks.

The momentum created by SLPP did not even face a serious challenge as UNP leader Ranil Wickremesinghe delayed and weakened his own party’s presidential candidate. The coalition of an opposition that was necessary to put up a serious fight against the SLPP was never to materialise as the JVP and a range of actors went their own way.

These disastrous failures of the political leadership from different quarters should not be blamed on the people. Furthermore, significant electoral shifts are symptoms of popular disenchantment of economic, social and political proportions. Sadly, such disenchantment is the ground on which polarising nationalist forces thrive. The task of progressives from all corners of the country is to confront the imminent polarisation through channels of communication for coexistence.

For my friends in the South and their ill-timed political call for building a third force before the presidential election, now is the time to call for that third force. A third force cannot emerge out of one ethnic community alone, but has to recognise class as inherent to all communities, and the inter-relationship of class, ethnicity, gender and caste in any progressive politics.

If the rural war-torn masses of the North were willing to engage with an election in which little of their future aspirations were articulated, imagine the room for a national alternative that can galvanise the concerns of those on the periphery from all ethnic communities. Out of the pessimism of the intellect with analysing electoral politics, the optimism of will for organising towards economic justice and political freedoms must emerge. These are times to dig trenches for deepening democratic politics and build bridges of solidarity across the country. 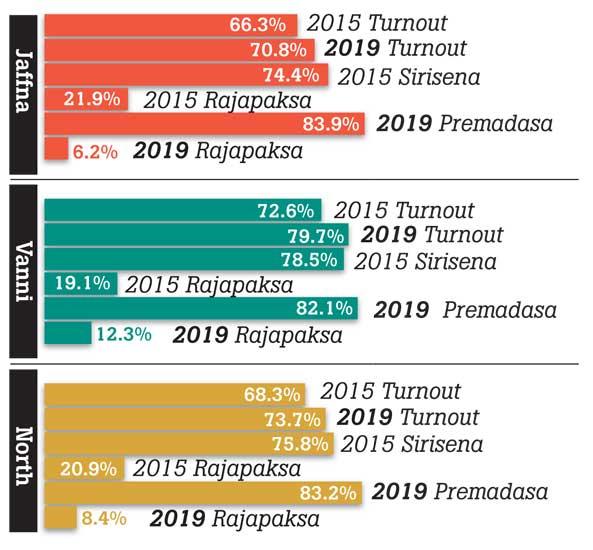