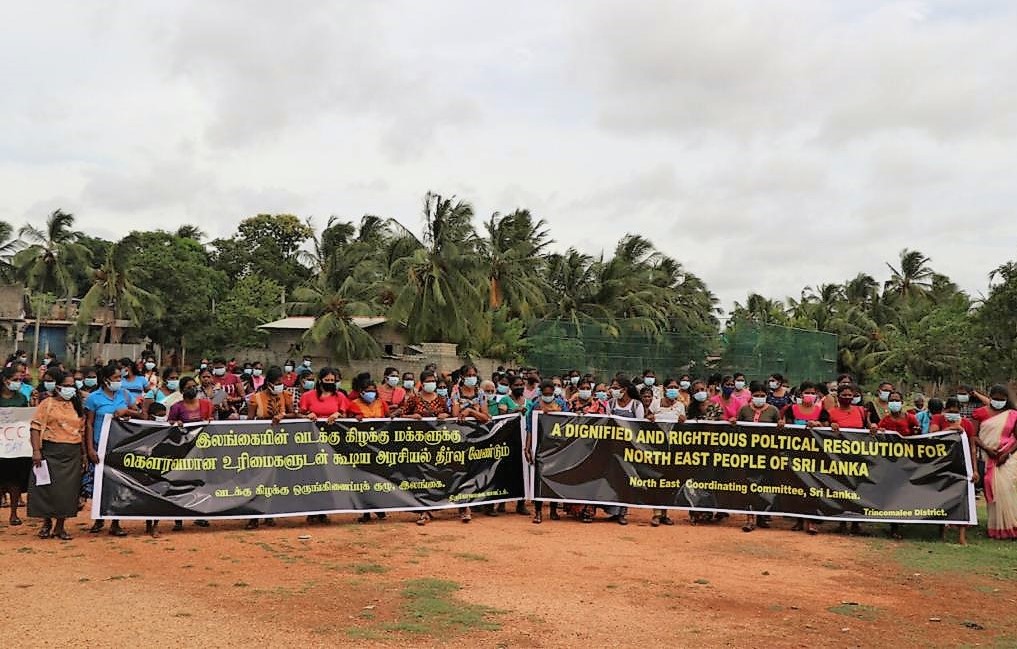 Tamil people of North East of Sri Lanka has  launched a non-violent and peaceful 100 days activism calling for a dignified political solution. The campaign was launched by North-East Coordinating Committee  on 1st of August 2022.

We, the Tamil people of North and East of Sri-Lanka have continuously been subjected to various types of oppressions by the racist policies of successive Sinhala majoritarian regimes. It is continuing until to date. This has caused the Tamil people to think about political resolution and power devolution. The regional friendly country India and the international community have recognized the legitimacy of the demands of Tamil people several years ago. 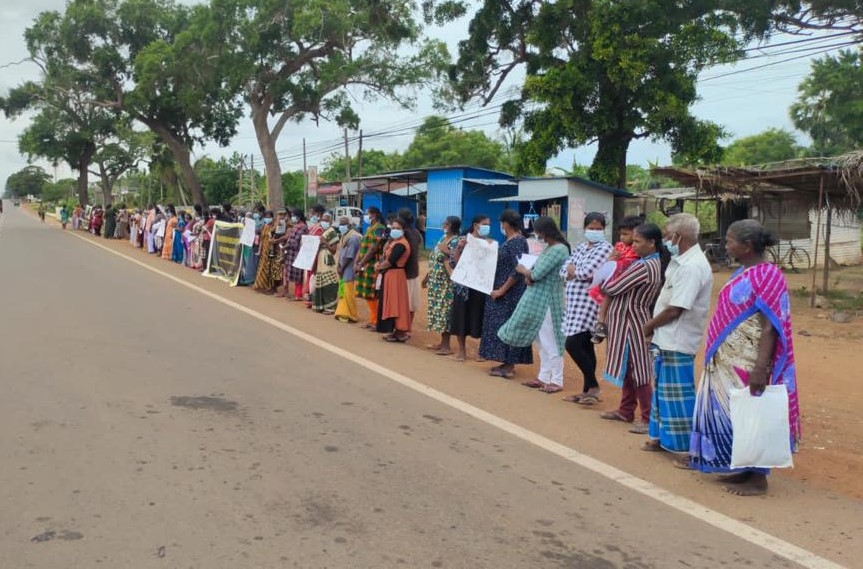 Because of that recognition,

– In 2002, the Cabinet of Japan appointed Mr. Yasushi Akashi to contribute to peace building, rehabilitation, and reconstruction in Sri-Lanka None of the Sri-Lankan governments that came to power after 1987 denied the power devolution. Willingly or unwillingly, they were in a situation to engage in the
dialogue of power devolution.

– In 1987, President J. R. Jayawardena included the 13 th Amendment in the Constitution which Amendment was introduced for power devolution by Indo-Lanka Pact

– In 1990, the then President Ranasinghe Premadasa introduced projects for political resolutions. During his period, in 1991, a forty-five-member parliamentary select committee was formed under the leadership of Mr. Mangala Munasinghe and some solutions were tabled by the committee

– In 1995, when Mrs. Chandrika Bandaranaike Kumaratunga was the President, a resolution package that included “merged North and East” was drafted by Mr. Neelan Thiruchelvam and Prof. G. L. Peiris

– In 2001, the government that came to power headed by Mr. Ranil Wickramasinghe as Prime Minister agreed for a federal method power devolution with the mediation of Norway

– The Wickramasinghe – Sirisena “Good Governance” regime that came to power in 2015, became one of the core sponsors of the UN Resolution 30/1. The Operative Article 16 emphasis Sri-Lanka to implement power devolution Hence, the political resolution or the power devolution for North East people is part of the Constitution and it is welcomed by the international community and by the United Nations. 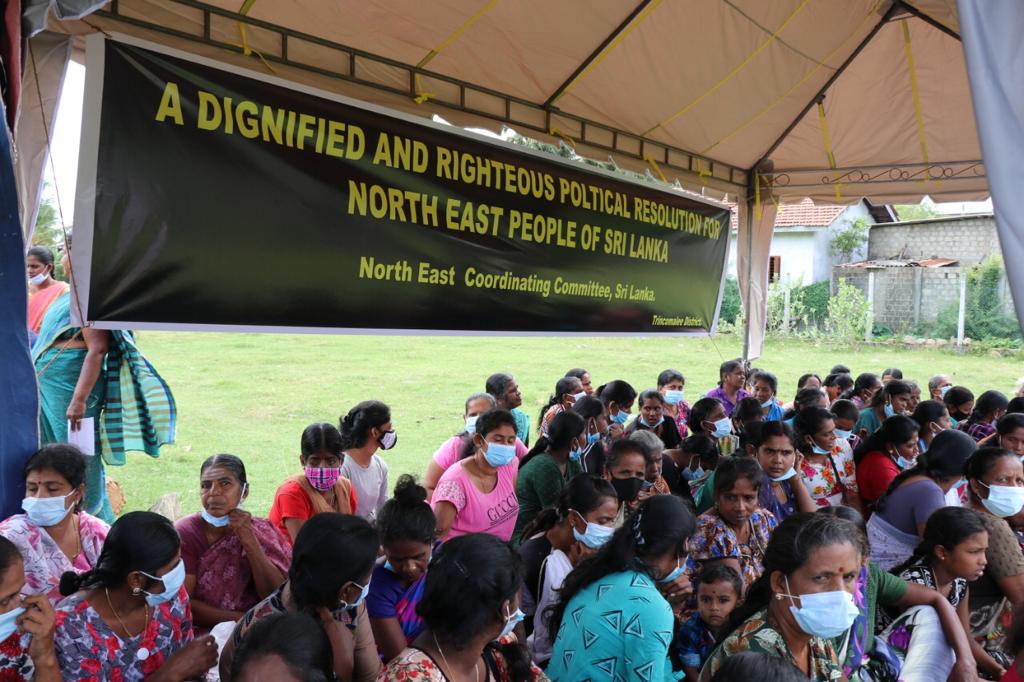 Therefore, we emphasis the government of Sri-Lanka, regional friendly country India and the international community regarding the significance of implementing our rights
and, We, the people of North East launch a non-violent and peaceful 100 days activism on the first day of August.