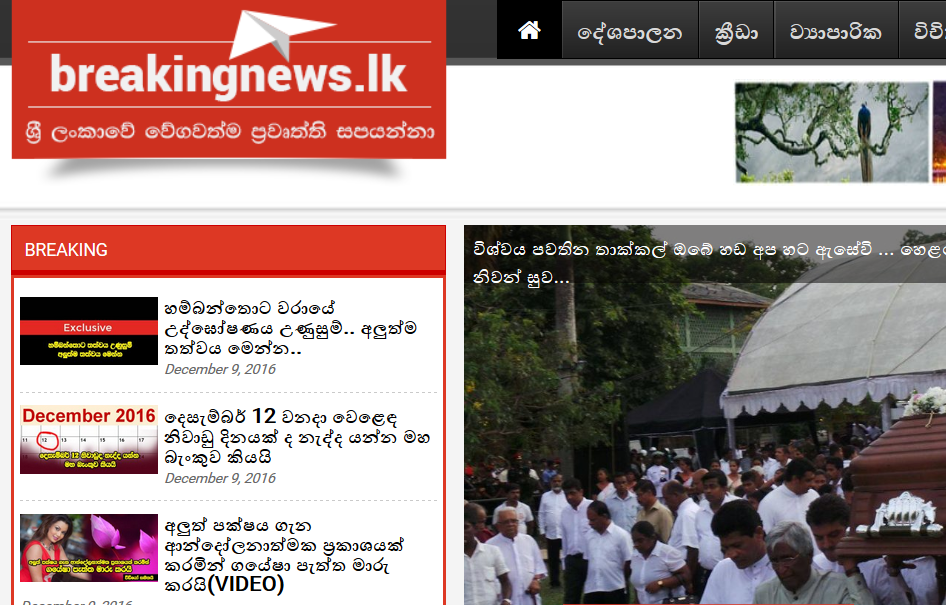 Parliamentary Reforms and Mass Media Minister Gayantha Karunathilake  has said that he had inquired from the Telecommunication and Regulatory Commission (TRC) over allegations that a news website had been blocked, accoridng to state owned Daily News.

Minister had said that  he would make a statement in Parliament on the alleged blocking of the site: www.breakingnews.lk, no sooner than the Commission provided him the report.

Minister Karunathilake made these observations in response to Joint Opposition member and MEP leader Dinesh Gunawardena, who demanded to know why the said website being blocking.

MP Gunawardane who raised the issue under Standing Order 23 (2), said the website had been blocked by the TRC since December 3, 2016, and asked that the government restore it.

“Is the minister of Mass Media aware of this move?” MP Gunawardena said. “The owner of the website has been trying to get the website registered for a long time and had applied with the required papers.”

“I have directed the matter before the TRC and I think I would get the answer today and make the statement tomorrow (10),” Minister Karunathilake said.
Daily News