Sri Lanka must remain committed to devolution and the 13th Amendment 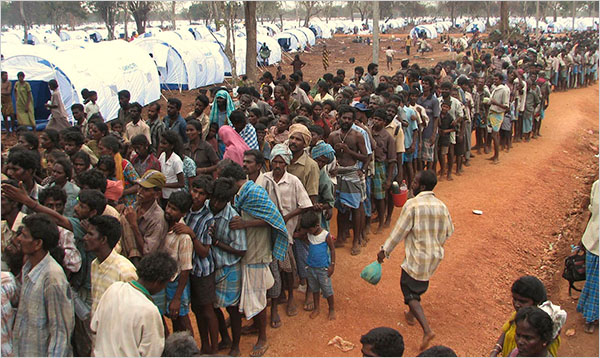 In a troubling development that can sour ties between New Delhi and Colombo, calls for repealing the 13th Amendment to the Sri Lankan Constitution have been growing louder. Disturbingly, the move against the 13th Amendment – a product of the 1987 Rajiv Gandhi-Jayewardene Accord that provides for devolution of powers to provincial councils – is being championed from within the ruling dispensation in Colombo. While Sri Lankan defence secretary Gotabaya Rajapaksa has openly called for abolishing the 13th Amendment, minister Wimal Weerawansa has written to President Mahinda Rajapaksa requesting a referendum to repeal the constitutional provision.
Both suggestions smack of majoritarian Sinhala chauvinism, which has been on the rise since the Sri Lankan government’s military victory against the Liberation Tigers of Tamil Eelam (LTTE) in 2009. Meanwhile, the post-war reconciliation process with the island nation’s Tamil groups is in a shambles, while Colombo continues to be in denial about human rights abuses committed by the Sri Lankan armed forces during the last phase of the conflict.

All this had seen the UN Human Rights Council pass a US-sponsored resolution against Sri Lanka in March. Significantly, the Rajapaksa government had made a commitment to India and the international community to implement the 13th Amendment in letter and spirit, and devolve powers to the provincial councils, especially in the Tamil-dominated north of the country. Reneging on this promise represents a serious breach of trust. Besides, the LTTE may have been defeated but Tamil grievances remain. Failing to address them could see the emergence of yet another Tamil insurgency. Integration and rehabilitation of Sri Lanka’s Tamils demand meaningful devolution of political and administrative powers. As Sri Lanka limps back to normalcy after 25 years of civil war, the Rajapaksa regime would do well not to repeat mistakes of the past and remain committed to the 13th Amendment
ToI