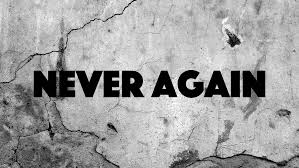 Sri Lanka is still trying to emerge out of the darkness of its three decade long ethnic war that ended in 2009.  Unfortunately, the Easter Sunday bombings linked to the Islamic State (IS), and the damaging reaction to it by those who ought to be responsible political leaders, are taking our country once again in the direction of another ethnic conflict.  The bombing is being used to create a great rift in Sri Lankan society.  Prejudice, hatred and hate speech are at an all-time high. Many politicians and other opinion formers at high levels of the polity have publicly been asserting that the larger Muslim community is complicit in the bombings and discovery of hidden arms that have taken place. The barbaric bombings by extremists cannot and must not be attributed to the larger Muslim community who have been part and parcel of our country.

The National Peace Council condemns those who insidiously and openly promote the targeting of an entire community on suspicion.  This type of attitude has given rise to economic boycotts of Muslim-owned businesses and to wild allegations being made against Muslims, including those who are doctors.  We deplore the sequence of events that have now prompted all Muslim members of the government to resign from their ministerial positions.  The Muslim leaders have said that their resignation is to enable the law enforcement agencies to find out the truth about the various allegations against the community without any charge of interference being leveled against them.  Prime Minister Ranil Wickremesinghe has noted that this is the first post-independent government not to have members of the Muslim community in the Cabinet of Ministers.

In the political darkness that has been enshrouding the country in the past several weeks, we have seen bursts of light that can illuminate our path to a shared future based on values of trust, non-violence, rule of law and respect for diversity.  The leadership in non-violence and non-hatred given by Cardinal Malcolm Ranjith was exemplary in restraining the Christian community that had been the chief victims of the Easter Sunday bombings. We note that for three weeks there was no retaliatory violence until political actors intervened to cause anti-Muslim riots to take place far from the site of the Easter Sunday bombings.  We also want to draw attention to the vital role played by the highest level of venerable Buddhist clergy in keeping the people calm during the fast unto death of the Venerable Athuraliye Ratana which might otherwise have led to catastrophic outcomes and hampered the efforts of the government and the law enforcement agencies to maintain the Rule of Law.

We are also appreciative of the manner in which the leadership of the security forces, in particular the Army Commander, Mahesh Senanayake, have dealt with the crisis of terrorist and mob violence without letting it get a grip on society as a whole.  The rapid arrest and disabling of the terrorist network has been supported by the larger Muslim community who have been trying hard to demonstrate their rejection of terrorist violence and extremism, and their regret for it, in both their words and actions.  We urge the political leaders of both government and opposition in particular to consider the Muslim community to be citizens with equal claim to protection of their human rights and dignity, even as the country battles against extremism in all its manifestations. We urge our political leaders to rise above their divisive politics to give leadership to the country with regard to the current crisis irrespective of the political party they belong to.