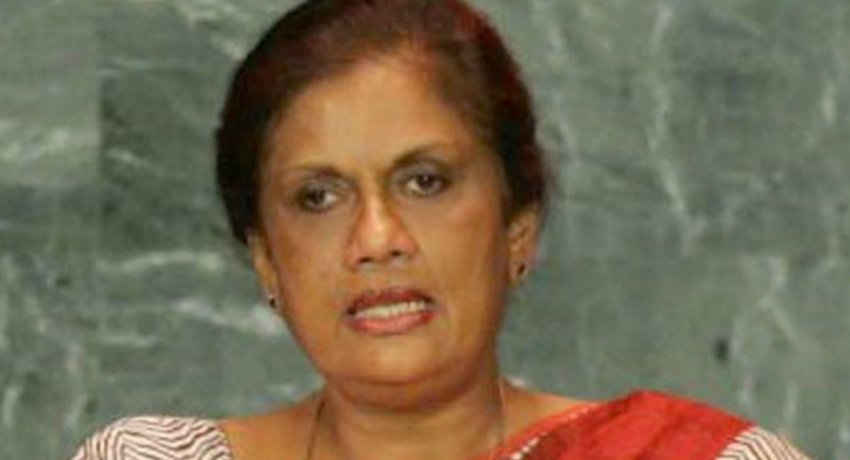 ECONOMYNEXT — Sri Lankans demand a “radical system change” and the voters must elect someone who can deliver that, former President Chandrika Bandaranaike Kumaratunga said.

Responding to reporters at a press conference in Colombo on Wednesday November 23, Kumaratunga said the alliance led by the main opposition Samagi Jana Balawegaya (SJB) has a mandate that’s 5.6 million votes strong.

Kumaratunga was referring to the 2019 presidential election in which SJB leader Sajith Premadasa obtained 5.56 million votes against winning candidate Gotabaya Rajapaksa’s 6.9 million. Premadasa ran on the United National Party (UNP) ticket at that election and the SJB had yet to be formed.

After Premadasa and a group of loyalists broke rank with the UNP citing differences with party leader and incumbent President Ranil Wickremesinghe, they formed the SJB, which obtained 2.7 million votes at the 2020 parliamentary polls, securing 54 seats.

“You can’t say the [SJB] has no power. Just about everyone in the opposition has held discussions about joining the SJB alliance, for the entire opposition to unite.

“So I don’t think you can say there is no power there,” said Kumaratunga.

The former two-term president said the forces that emerged from Sri Lanka’s youth-led Aragalaya (Struggle) protests are unprecedented and cannot be erased.

“They’re demanding a radical system change. I think someone who can deliver that must be elected,” she said.

However, Kumaratunga did not explicitly state whom or which party she might back in a future parliamentary poll.

In a related development, President Wickremesinghe told parliament on Wednesday that there will be no polls until Sri Lanka’s ongoing currency crisis is resolved.

The president also vowed to suppress any future popular uprising against the government. His statement drew much criticism fro the opposition, including Premadasa.

It was unclear whether the president was referring to peaceful protests of the kind that demanded the resignation of his predecessor Rajapaksa or to the retaliatory mob violence that shook the country on May 09 after backers of the then government launched an unprovoked attack on the protestors.

Opposition parties, activists and human rights defenders have criticised Wickremesinghe’s administration on what it has called a harsh crackdown on the protests that grew in intensity after July 09 onward, following the ouster of Rajapaksa.

Sri Lanka’s business community recently issued a statement warning that sustained protests may prove a challenge to the country as it attempts to recover from the currency crisis.

Wickremesinghe’s government maintains that the Aragalaya has been hijacked by subservient elements that are determined to unseat the government through violent revolt.

Some of these parties, government spokesmen claim, are also ideologically opposed to International Monetary Fund (IMF)-backed economic reforms that are in the pipeline. (Colombo/Nov23/2022