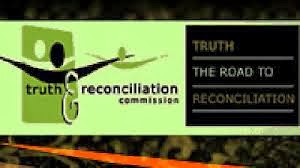 “We are seriously looking at the possibility of having something like the (South African) Truth and Reconciliation Commission,” Rambukwella told reporters in Colombo after the first cabinet meeting following Rajapakse’s return from South Africa.

Sri Lanka is under international pressure to probe allegations that its troops killed up to 40,000 Tamil civilians in the final months of defeating Tamil Tiger rebels in 2009.

“There is a discussion going on (inside the government) about a Truth and Reconciliation Commission,” Rambukwella said. “We can also build on the structures we already have.”

He gave no further details, but official sources said Sri Lanka was already in talks with South African authorities to secure their help for a TRC along the lines of the one South Africa adopted after the end of apartheid.

The TRC worked on the basis of restorative justice rather than punishing offenders of gross human rights abuses.

At a Commonwealth summit hosted by Colombo last month, Britain’s Prime Minister David Cameron warned that he would push for an international inquiry into Sri Lanka’s alleged war crimes under the auspices of the UN unless Sri Lanka ensures accountability by March.

The government has already rejected Cameron’s deadline, but official sources said the government was also keen to establish a new mechanism to address reconciliation and build on a local investigation that called for a wider probe.

Sri Lanka’s small but influential Catholic church warned last week that foreign intervention would be inevitable unless Colombo addressed international concerns over accountability for alleged war crimes.
In a pastoral letter, the church warned that failure on the part of Colombo to ensure accountability could trigger international investigations that would be a “serious threat to the sovereignty of the country”.