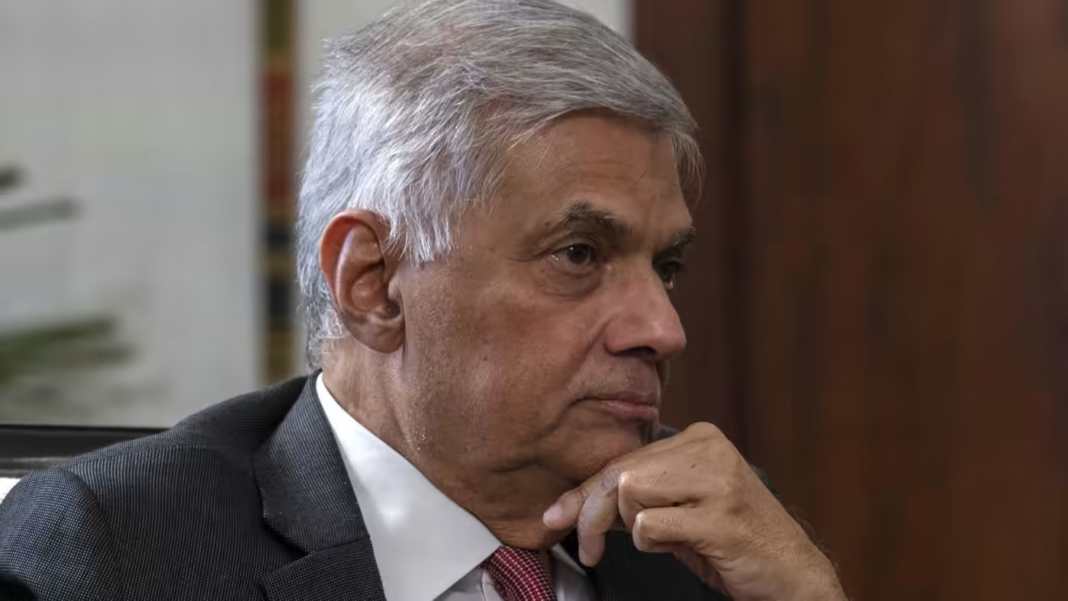 Sri Lankan parliamentarians on Wednesday elected unpopular six-time prime minister Ranil Wickremesinghe as the country’s president, risking further protests that could complicate urgent bailout talks with the IMF. Wickremesinghe won 134 votes in the 225-seat parliament, defeating rebel ruling party MP Dullas Alahapperuma, who received 82 votes, and a candidate from a small leftwing party who took three. Wickremesinghe, who was already acting president, sought to strike a conciliatory tone in a speech following his victory, calling Alahapperuma and other lawmakers to join him “to begin a new journey”. However, he did not specify whether he wanted them to join his government. “The country is in a very bad situation and we have very big challenges, so I want everyone’s support.

The youth are clamouring for change,” Wickremesinghe said in parliament. In an interview with the Financial Times on the morning of the vote, Central Bank of Sri Lanka governor Nandalal Weerasinghe made clear the president would have to deal with daunting political challenges and called for a bipartisan approach. “I expect a stable government that can implement difficult economic reforms,” Weerasinghe said. These included raising taxes, eradicating wasteful spending, restructuring state-owned enterprises and raising interest rates to tame runaway inflation, the governor said. “People should support the government to take the country through a difficult period and there’ll be a recovery later,” Weerasinghe said. “That’s why people are asking why not have a consensus all-party government and a bipartisan approach to make the reforms.” Following his defeat in the vote, Alahapperuma said he wanted the government to “pay heed to the agony of the public who are crying in the streets”. But he did not say whether he would support Wickremesinghe’s administration.

Sri Lanka has been rocked by months of demonstrations sparked by soaring prices and fuel shortages, leading to the ouster of former president Gotabaya Rajapaksa, who fled the South Asian island nation of 22mn last week. Sri Lanka owes more than $50bn in overseas debt, the largest share to private bondholders, followed by multilateral lenders and countries including Japan, China and India. Wickremesinghe must now seek to regain public trust while pushing through the reforms needed to obtain an IMF bailout and debt relief. But the new president is reviled by the protesters, who accuse him of lacking legitimacy and say he protected Rajapaksa from allegations of corruption in a previous stint as prime minister between 2015 and 2019.

This month, protesters ransacked Wickremesinghe’s office and burnt down his private residence. Protest organisers on Wednesday called for renewed demonstrations in front of the presidential office. “I can’t think of any examples from his long political career in which he has directly done anything specific to develop the economy or respond to the democratic aspirations of the people,” said Dinesha Samararatne, a law academic based in Colombo, of the new president. “This crisis demands servant leadership of our people, not a one-man show.”