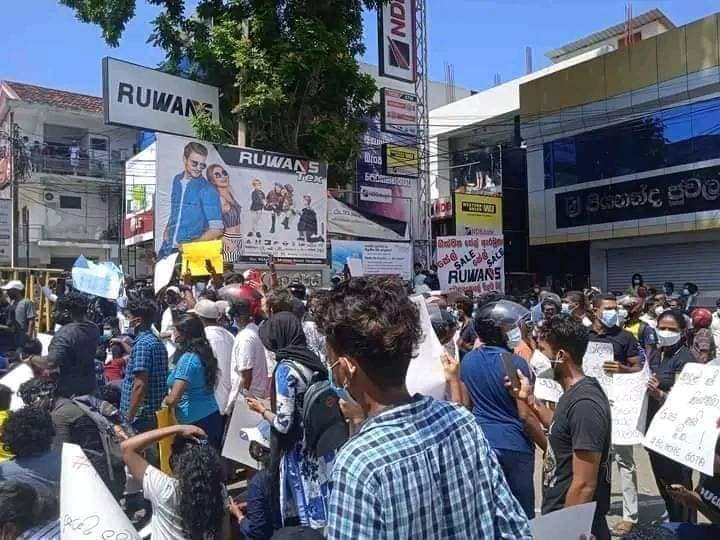 Parliamentarian Mano Ganesan said his Tamil Progressive Alliance (TPA) and the Sri Lanka Muslim Congress (SLMC) have decided not to participate in any All-party, Interim, or National government mechanisms.

MP Rishad Bathiudeen’s All Ceylon Makkal Congress (ACMC) too has declined the President’s invitation to work together.

Earlier today, the Opposition Samagi Jana Balawegaya (SJB) declined the offer, with its leader Sajith Premadasa stating that the party will never make an agreement or form an administration with the Gotabaya Rajapaksa-led Government.

The Janatha Vimukthi Peramuna (JVP) too refused to accept the President’s invitation, with its leader Anura Kumara Dissanayake calling on President Gotabaya Rajapaksa to heed the calls of the public and tender his resignation.

The President this morning, invited all political parties to join hands to form an all-party interim government to resolve the national crisis after the public stepped onto the streets to stage public protests calling on the President and his Government to resign.

The public has been engaged in protests across the country over the last few weeks, due to the worsening economic crisis in Sri Lanka. (NewsWire)

The Janatha Vimukthi Peramuna (JVP) has turned down the invitation by President Gotabaya Rajapaksa to form an all-party interim Government.

He further said the party is of the view that they will not join the President or Prime Minister in forming any interim, short-term, or all-party government structure.

“President Gotabaya Rajapaksa must tender his resignation first. Thereafter, we can discuss a system to manage this crisis. Then an election can be held and a Government approved by the public can be appointed, “ he said. (NewsWire)

SLFP decides to withdraw from the Government

SLFP National Organizer Duminda Dissanayake said that the party has further decided to function as an independent group in Parliament.

The party had earlier warned President Gotabaya Rajapaksa and the government that it will quit the government if the regime does not heed their calls to appoint a caretaker government.

Even though the President appointed a new four-member temporary Cabinet and called on all political parties to join hands to form an all-party interim government, the invitation has been declined by several political parties. (NewsWire)