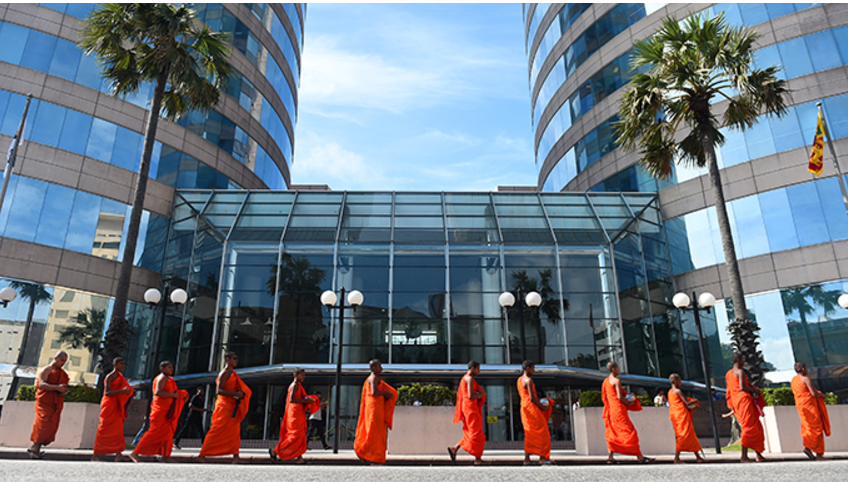 The monks walked one behind the other with two women leading them and asking bystanders to donate only cash. Usually, monks on routine begging are offered food for the consumption of the clergy.

Both were convicted of criminal misappropriation of 600 million rupees of TRC cash and diverting it to fund “sil redi” or white cloth worn by Buddhist devotees in a bid to boost Rajapaksa’s failed re-election bid in January 2015.

The begging monks came under intense social media criticism while the JVP said those clergy taking part in the fund raising were only insulting Buddhism.

JVP leader Anura Kumara Dissanayake said the monks should have protested the use of religion to bolster Rajapaksa’s electoral fortunes.

Both Weeratunga and Palpita have appealed against the convictions. (COLOMBO, September 15)