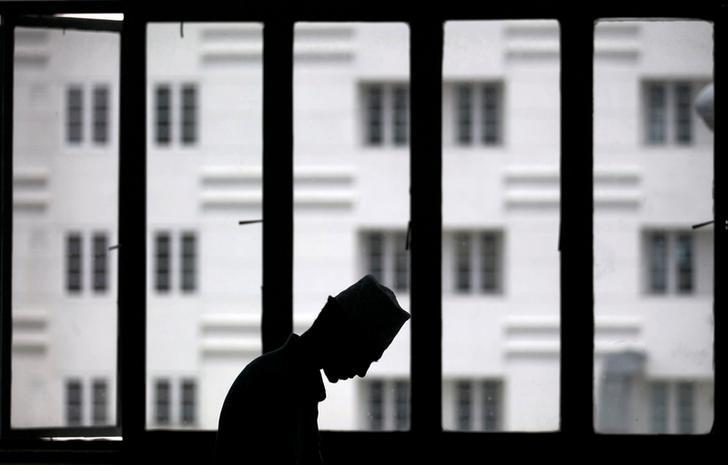 Image: A Muslim boy prays on the first Friday prayers of the holy month of Ramadan at a mosque in Colombo, Sri Lanka June 2, 2017. © 2017 Reuters/Dinuka Liyanawatte.

(New York) – The Sri Lankan government should immediately repudiate statements by the country’s justice minister threatening to disbar a prominent lawyer for speaking out against attacks on religious minorities, Human Rights Watch said today. The incident highlights the government’s failure to fully investigate and prosecute recent attacks on Muslims and Christians in the Buddhist-majority country.
On June 17, 2017, Justice Minister Wijeyadasa Rajapakshe threatened to “take necessary steps to remove Mr. Lakshan Dias from the legal profession” unless Dias apologized for remarks on a television program three days earlier about attacks on the Christian community. Dias had cited a report by church groups that there were nearly 200 attacks and other harassment against Christians and their places of worship since 2015. The government of President Maithripala Sirisena, which took office in January 2015, has failed to meet its pledge to protect the rights of religious minorities, Human Rights Watch said.

“The government needs to put a quick end to Justice Minister Rajapakshe’s attempts to bully Lakshan Dias, a leading human rights lawyer who stands up for Sri Lankans at greatest risk,” said Brad Adams, Asia director at Human Rights Watch. “By threatening Dias’s license, the government is threatening all marginalized groups that depend on him and other rights defenders for protection.”

By threatening Dias’s license, the government is threatening all marginalized groups that depend on him and other rights defenders for protection.  – Brad Adams, Asia Director.

Sri Lanka has witnessed a spate of attacks against Muslims and Christians in recent years, with the government doing little to stop the violence. On May 18, in Devinuwara in Matara district, for example, some 2,000 people, including about 30 Buddhist monks, protested against a Christian place of worship, according to the National Christian Evangelical Alliance of Sri Lanka.

In June 2014, Buddhist militants attacked the Muslim community in Aluthgama, leaving four dead and nearly 80 injured, and many homes and businesses destroyed. The authorities have yet to arrest those responsible, although the leaders behind the attack are well known to the authorities.

The Human Rights Commission of Sri Lanka on May 31 expressed concern over “acts of violence and aggression” against Muslims, and urged law enforcement agencies to “take all necessary action” against the instigators and perpetrators of violence against religious minorities.

The Sri Lankan constitution grants everyone the right to freedom of religion or belief in worship, observance, practice, or teaching. The right is also protected in international human rights treaties to which Sri Lanka is a party, notably the International Covenant on Civil and Political Rights, Human Rights Watch said.

Lawyers like Dias are protected by the right to freedom of expression. According to the United Nations Basic Principles on the Role of Lawyers, lawyers “have the right to take part in public discussion of matters concerning the law, the administration of justice, and the promotion and protection of human rights without suffering professional restrictions by reason of their lawful action.”

“Government inaction in the face of the justice minister’s threat to revoke the license of a prominent rights lawyer for speaking out on behalf of an embattled community will have reverberations beyond Sri Lanka,” Adams said. “Sri Lanka’s friends should be clear they are watching the government’s response closely.”