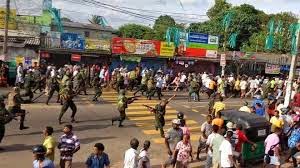 After almost nine years, there cannot be such doubts about President Rajapaksa. He is a conjuror and a despot, one who is injecting deadly viruses into the national bloodstream, to safeguard his dynastic project. The only doubt is: will Sinhala-South see through the illusion, before the cliff-top is reached?