Sri Lanka military is ready to take the lead in mitigating the impact of disaster situations, worker strikes and civil unrest. – Defence Secretary 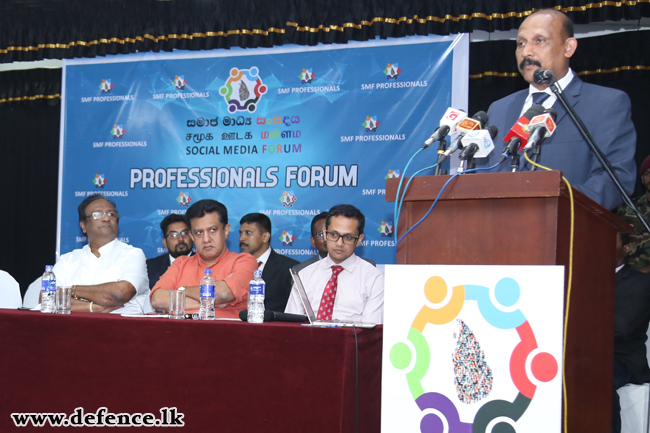 Defence Secretary Maj. Gen. (Retd) Kamal Gunaratne has said that the Government had integrated military and civil capabilities through ‘Integrated Contingency Planning’ to enable the military to work alongside with civilian first-responders to mitigate the impact of disaster situations, worker strikes and civil unrests and take the lead if necessary.

“Defence Ministry is capable of doing this massive task having reorganized with important stakeholders under the patronage of the President Gotabaya Rajapaksa”, he has said.

Citing strikes by workers and civil unrests as other issues which cause economic losses he has said that those moves shouldn’t be politically motivated agendas by certain interested parties.

“Sri Lanka had been successful in countering this kind of radicalisations in the recent past, however; the current trend, the politico-religious radicalization that steered the Easter Sunday attack should be the focal point of all concerned elements,” he has said adding that the transnational extremism that is in place, definitely has a direct bearing on domestic religious extremism.

Defence Secretary has further said that after 10 years, certain anti-social and anti-Sri Lankan elements were in the verge of tarnishing this hard-earned peace creating a feeling of mistrust among the ethnic divisions and transnational extremism and terrorism was in the verge of crossing international borders much more rapidly.

Maj. Gen. Gunaratne,  addressing a cross-section of professionals of the Social Media Professional Forum held at the Sri Lanka Foundation Institute in Colombo, recently, has said that although re-emergence of terrorism was not even a visualize threat in the future, the Government was taking measures to curtail it.

According to the defence secretary “the pro-LTTE elements in the country and abroad, who were trying create issues, will not be able to cause any threat to the stability of Sri Lanka and clashes for separatism could not be anticipated in current Sri Lankan context, which respects equal status for all ethnic, religious and cultural entities. Certain anti-social and anti-Sri Lankan elements were in the verge of tarnishing the hard-earned peace creating a feeling of mistrust among the ethnic divisions and transnational extremism definitely had a direct bearing on domestic religious extremism.”