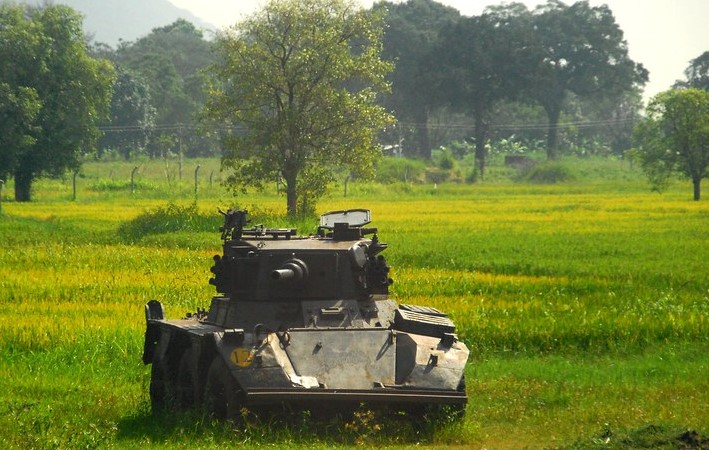 The Army has been sent in to implement government policy on organic farming by monitoring and educating farmers on the job they have to do. The Maha season is likely to see a 30 per cent drop in yields but the authorities are convinced the people will not starve.

Army deployment towards this project was mooted by President Gotabaya Rajapaksa since he believed the agriculture state sector officials were not supportive of the green agriculture concept for organic farming, Agriculture Minister Mahindananda Aluthgamage told the Business Times on Thursday.

He noted that the officials were part of a “chemical mafia”, on the contrary the Army is said to be disciplined enough to carry out any task given to them and implement government policy.

The minister also noted that there would be a yield drop of about 30 per cent as predicted by the agriculture officials, even so the government will not cause a shortage of food in the country.

Compost contains one of the lowest amounts of the nitrogen source but the application of this will help to condition the soil, Crop and Weed Scientist Peradeniya University Senior Prof. Buddhi Marambe explained.

He pointed out that one of the best ways to carry out waste management is to convert it to compost that could be used for agriculture.

Monitoring of the farming methods is the agriculture instructor’s job, Prof. Marambe explained adding that monitoring alone will not help but feedback is also important.

The lower yields will mean there will be a drop in the product sent to the market as well.

Prof. Marambe explained that according to published data following a 11-year research in Sri Lanka by the Agriculture Department it has been found that applying organic fertiliser alone was able to generate a yield 21-31.5 per cent lower compared to plots that received only chemical fertiliser. But the paddy cultivation carried out using both chemical and organic fertilisers were able to generate the highest yield.

The Army is being deployed to assist the Ministries of Agriculture and Fertiliser in purchasing and distributing the required organic fertiliser for the next season, Agriculture Department Director General Dr. Ajantha De Silva explained.

Commenting on a possible yield drop, he noted that farmers will be duly compensated to ensure their incomes are stable. Yield estimations will be released by the middle of this month, he said.

He also noted that the local organic fertilisers have not gone through two seasons of trials but these will be tested at Batalagoda, Samanthurai and Paranthan; and in addition to this another international tender will be called to procure organic fertiliser.