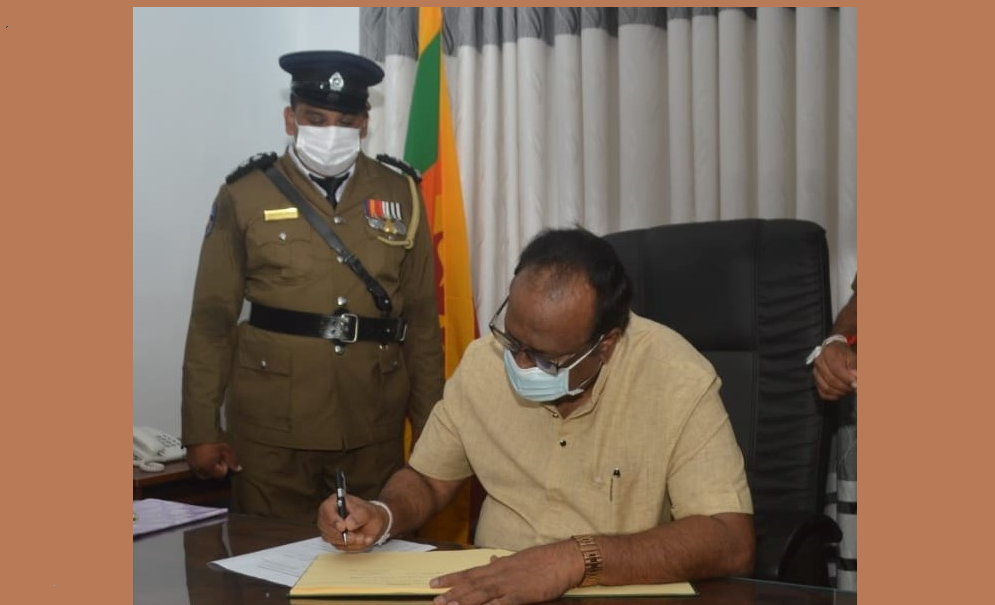 Sri Lanka media collective has called on the government  consideration of indirect  the death threat made by Senior DIG in charge of the Western Province, Deshabandu Tennakoon  and to conduct a formal inquiry.

The attention of the Media Organisation’s Collective has been drawn to the covert threat made by   yesterday (01st July 2021) on Facebook in response to a news item shared by journalist Tharindu Jayawardena.

The senior DIG has repeatedly alleged that journalist Tharindu Jayawardena is publishing fabricated news items and this would result him from being punished by natural justice. The DIG had urged him to look into the consequence of Prabhakaran and other criminals as an example.

Deshabandu Tennakoon has not provided a definite answer when the journalist questioned him on what news item written by him was considered to be fabricated. However, on one occasion the DIG mentions that it was related to a story about the attack on Easter Sunday.

The news article in question is reported on www.medialk.com where Tharindu Jayawardena is the Editor-in-Chief of News website, the article can be accessed here

The source of the news item is the answer given by the Media Minister and Cabinet Spokesperson Keheliya Rambukwella to a question posed by Tharindu Jayawardena at the media briefing held at the Government Information Department on June 29, 2021. Considering the current landscape and recent events, we as a Media Organisation’s Collective believe that the response of the Senior DIG’s statements including ‘Borumai kiyanne soba dhahama jayagani – Aniwarwen see prabakaran and other Criminals’ indicates a serious threat and a covert warning.

Therefore, we call for a serious consideration of this matter and to conduct a formal inquiry into the responses given by DIG Deshabandu Tennakoon to journalist Tharindu Jayawardena in a backdrop where a majority of those who have been arbitrarily arrested and detained for allegedly publishing false news has not yet been formally charged in court. We also request that the safety of the journalist to be guaranteed in this situation.