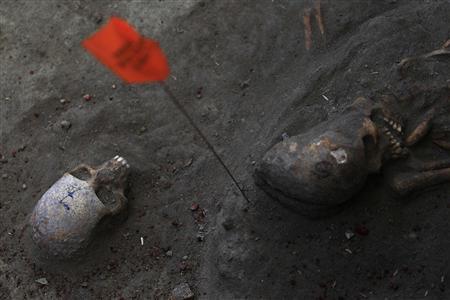 The discovery of a mass grave containing more than 30 skulls in northern Sri Lanka has fuelled speculation that there may be many more like it containing the remains of thousands who went missing during the island nation’s nearly three-decade war.

The police have suggested that the Tamil Tiger rebels it defeated five years ago could be responsible for the burial, uncovered near a historic Hindu temple in the district of Mannar.

Sri Lanka is already under international pressure to address alleged wartime human rights violations. A failure to probe the discovery could fuel the anger of Western nations demanding an independent international investigation into suspected abuses.

The remains, which workers stumbled on as they dug up roadside paving for a water project, are yet to be identified. The first mass grave to be found in the former war zone, it is spread over an area measuring about 400 square feet (37 square meters) and is 5 feet deep. 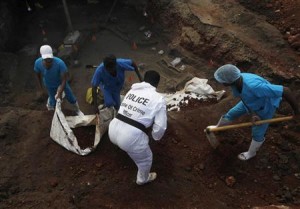 “The bodies are buried in several layers. Unfortunately, the top layer of the bodies have been destroyed by the road construction work,” said Dhanajaya Waidyaratne, the Judicial Medical Officer in charge of the excavation.

More than 100,000 people were killed in the war between the Liberation Tigers of Tamil Eelam (LTTE) and the government military since it started in 1983 and thousands, mainly ethnic- minority Tamils, are still unaccounted for or missing. 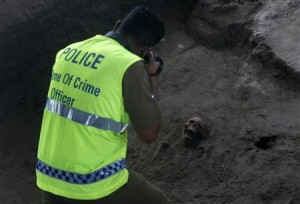 A U.N. panel has said around 40,000 mainly Tamil civilians died in the ferocious final months of the conflict, but Sri Lanka has disputed that figure. Both sides committed atrocities, but army shelling killed most victims, it concluded.

Police Spokesman Ajith Rohana said initial forensic evidence suggested the bodies may have been buried at least 15 years ago. 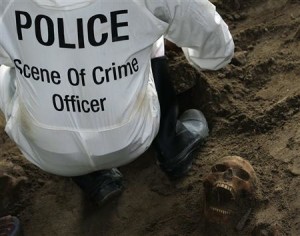 “This area was controlled by the LTTE for over 20 years and there are reports that hundreds of soldiers went missing in this area. But we don’t know for sure. The investigations are continuing,” Rohana told Reuters.

Residents and a religious leader in Mannar say, however, that the area was controlled mainly by the army from 1990.

“This grave has grown-up people and children, and there are some holes in the skulls believed to be from gunshots,” the Catholic Bishop of Mannar, Rayappu Joseph, who went to inspect the mass grave and the skeletons, told Reuters. 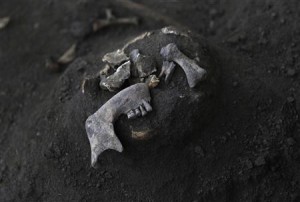 “We don’t know who killed these people. This is an area that was held by army for a long time. Wherever there has been LTTE or army camps, we must dig.”

A top military official denied that the area was under army control during the war. “The area changed hands between the LTTE, the Indian Peacekeeping Force and army over time,” he said, declining to be named.

The former political proxy of the Tigers, the Tamil National Alliance (TNA), which was voted to power in northern provincial polls last September, said the mass grave was the tip of an iceberg and there must be many more. 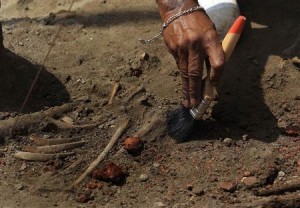 “The loss of lives, according to us, is between 75,000 to 150,000. Where are those remains?” TNA legislator M.A. Sumanthiran told Reuters. “They must be somewhere. If they were put into incinerators and destroyed, we don’t know. But we don’t think more than 100,000 would have been dealt with like that.”

Last year, Sri Lanka set up a presidential commission to investigate a mass grave with remains of more than 150 people in a central province. The evidence was sent to China for forensic investigations and so far there has been no conclusion. 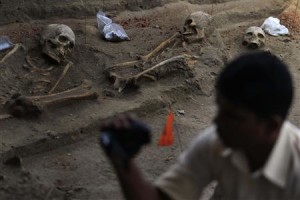 Brad Adams, Asia director at Human Rights Watch, said it may be true that the LTTE was responsible for the latest find.

“Unless there is real transparency in the forensic investigation, we’ll never be sure,” he said in an emailed comment. “But we know they won’t want to open a Pandora’s Box that would incriminate many senior figures.” 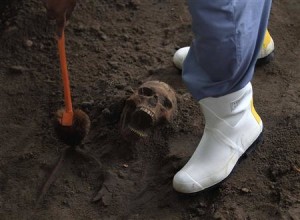 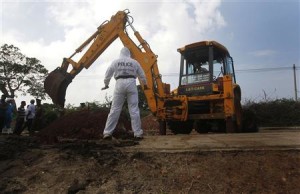 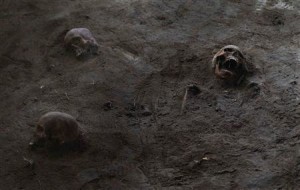 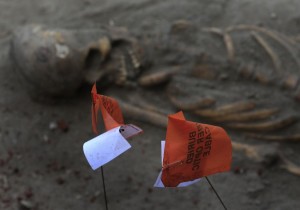