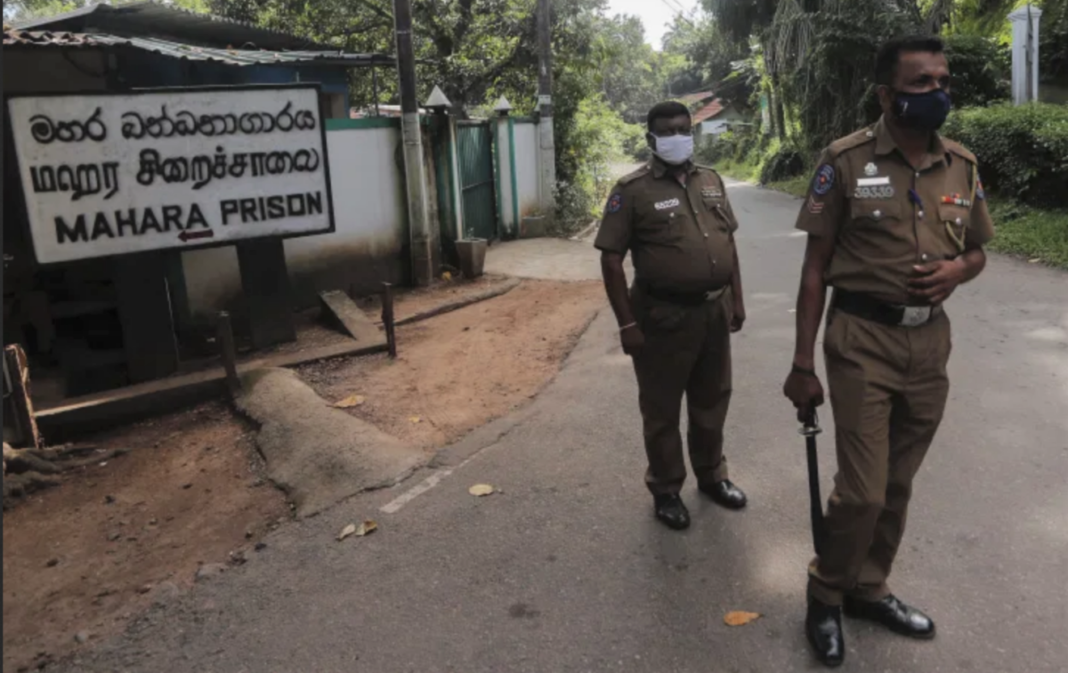 The ICJ today ( 2 Dec 2020) called upon the Sri Lankan authorities to conduct a prompt, thorough and impartial investigation into the events involving the use of lethal force by prison guards at Mahara prison on 29 and 30 November, which left at least nine inmates killed and over hundred others injured.

The action by the guards was taken in response to unrest resulting from protests by inmates over unsafe and overcrowded conditions in the context of the COVID-19 pandemic.

The ICJ also called for urgent measure to address the unsafe conditions in Sri Lankan prisons to protect the right to health and life, including where necessary by releasing detainees.

“The tragic events of Mahara prison are a consequence of the failure of the Sri Lankan authorities to effectively address the situation of prison conditions, which has turned into a full blown human rights and public health crisis in the wake of the COVID-19 pandemic”, said Ian Seiderman, ICJ Legal and Policy Director

The unrest was the culmination of a series of protests staged by the prisoners demanding an increase in coronavirus testing and new isolation facilities for infected prisoners. According to Senaka Perera, President of the Committee for Protecting the Rights of the Prisoners, around 200 inmates of the Mahara prison have been infected with COVID-19.

While the Minister of Rehabilitation and Prison Reforms and the Inspector General of Police have instructed the Criminal Investigation Department to probe the unrest caused at the Mahara Prison, the Minister of Justice has formed a separate five-member committee, chaired by former High Court Judge Kusala Saorini Weerawardena, to conduct its own investigation.

The ICJ recalls that under international law, the use of lethal force by State authorities is only permissible where strictly necessary to protect life. This standard should govern any investigation, and those responsible for unlawful conduct resulting in death or injuries to prisoners must be held to account.

“In addition to ensuring accountability and redress for any violations at the Mahara Prison, the authorities must act swiftly to meet the legitimate grievances of detainees throughout the country”, added Ian Seiderman.

“An effective response is not optional, but is necessary to fulfill the State’s legal obligation to provide for equal access to healthcare and health services to prisoners, who are among the most vulnerable to the ravages of COVID-19 in highly unsafe, enclosed and overcrowded environments.” Seiderman added.

The incident follows a wave of similar protests in several other prisons in the country. On 18 November, five inmates who were under quarantine at the Old Bogambara Prison attempted to break out and an inmate was shot dead when the prisoner officers opened fire at the fleeing inmates.

The ICJ called for the release of detainees who are particularly at risk of losing their life or suffering severe health effects from COVID-19. This would also apply to other convicts who could be released without compromising public safety, such as those sentenced for minor, non-violent offences.

Speaking in Parliament on Monday, Minister of Rehabilitation and Prison Reforms Dr. Sudharshini Fernandopulle stated that the Government has taken steps to reduce overcrowding by directing COVID-19 positive prisoners out of the prisons to the Welikanda Hospital and moving all women inmates to the Kandakadu Rehabilitation Centre. She also stated that a mechanism has been put in place to obtain bail for those arrested for minor drug offences. Moreover, a presidential pardon has been granted to over 600 convicts of minor offences who were in remand due to their inability to pay the required fine.

Several UN bodies, including the WHO and OHCHR, came together in recommending that States consider limiting the deprivation of liberty including pretrial detention, to a measure of last resort and enhance efforts to resort to non-custodial measures.