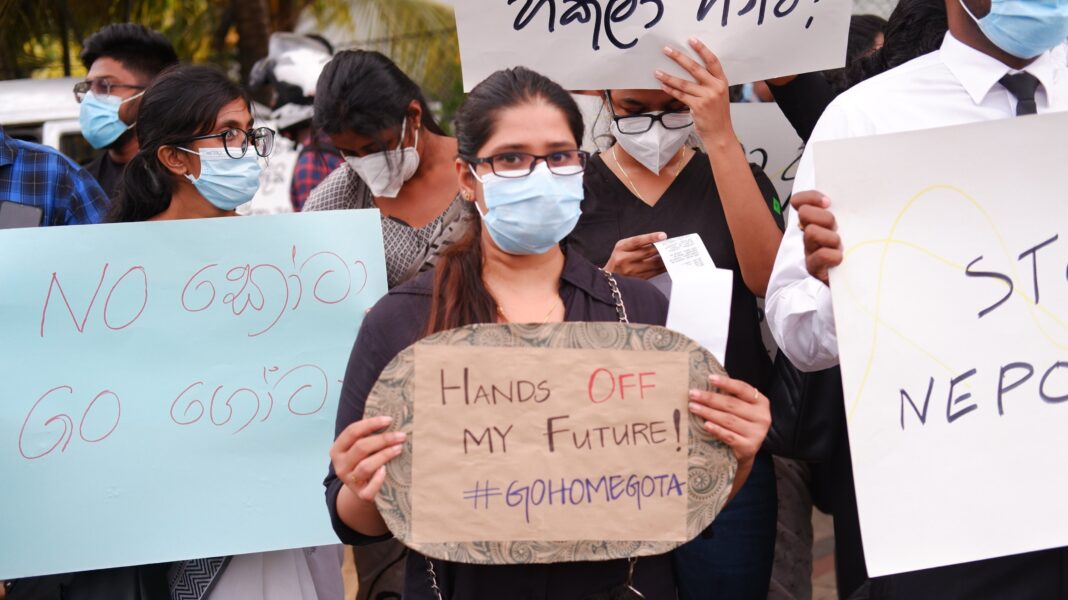 CIVICUS, a global civil society alliance, is alarmed by the declaration of a state of emergency in Sri Lanka, the excessive use of force by the Sri Lankan security forces against protesters and restrictions on internet access following widespread demonstrations in the country.

There have been anti-government protests since early March 2022 as the country suffers its worst economic crisis in decades. Demonstrators accuse the government of mismanaging the economy and creating a foreign exchange crisis that has led to shortages of essentials such as fuel, cooking gas, milk powder and medicine.

Hundreds of protesters marched outside President Gotabaya Rajapaksa’s private residence on 31 March 2022. The peaceful protests turned violent when  security forces deployed tear gas and water cannons leaving at least 50 injured. Dozens of protesters were arrested and some ill-treated. Eight journalists who were covering the protests were allegedly assaulted by security forces.

On 1 April 2022, a state of emergency was declared  by the president in an effort to quell the protests. It allows authorities to arrest and detain suspects without warrants, and this  severely restricts fundamental rights such as the freedoms of expression and assembly. Under the state of emergency, the authorities imposed a nation-wide 36-hour curfew. Despite this, thousands of protesters, including students, continued to take to the streets. According to reports at least 600 protesters were arbitrarily arrested on 2 and 3 April.

“Sri Lanka’s clampdown on civic space with the imposition of a state of emergency is extremely worrying. We urge the government to refrain from deploying violence against protesters and instead respect and protect peoples’ rights to peaceful protest. All those detained arbitrarily must be released and all abuses by security forces must be investigated and punished,” said Josef Benedict, Asia Pacific Researcher of CIVICUS.

The government has restricted internet access and social media platform  for nearly 15 hours under the pretext of maintaining public and social order. On 2 April 2022, Thisara Anuruddha Bandara, a youth activist who actively promoted the #GoHomeGota social media campaign to oust the president – used widely during the protest – was arrested  for allegedly ‘exciting disaffection’ against the president under Section 120 of the Penal Code. He was granted bail a day after.

“The government must halt any restrictions on internet access, including to social media platforms, which is a clear violation of the right to freedom of expression and information guaranteed by the constitution and under international human rights law. The authorities must also drop the charges against youth activist Thisara Anuruddha Bandara immediately,” added Josef Benedict.

CIVICUS has documented how the Rajapaksa administration has led an assault on civic space and fundamental freedoms since the President assumed power more than two years ago. There have been ongoing attempts to prevent and disrupt protests. This included imposing a ban on all protests under the pretext of COVID-19, arbitrary arrests of peaceful protesters and activists using the draconian Prevention of Terrorism Act (PTA), as well as criminalizing dissenters. In March, the UN High Commissioner for Human Rights, Michelle Bachelet, similarly reported to the Human Rights Council that ‘the Government’s response to criticism has constricted democratic and civic space’.

As the party to the International Covenant on Civil and Political Rights (ICCPR), the Sri Lankan government has the duty to respect, protect and fulfil fundamental freedoms enshrined under the treaty. This includes the right to freedom of expression and peaceful assembly. Any use of force must only be the minimum amount necessary, targeted at specific individuals, and proportionate to the threat posed.

The protests and escalating economic crisis has led to the resignations of 26 ministers in the current cabinet leaving only the president, Gotabaya Rajapaksa, and his brother, Mahinda Rajapaksa, the prime minister.

CIVICUS: World Alliance for Citizen Participation is a global alliance of civil society organisations (CSOs) and activists dedicated to strengthening citizen action and civil society around the world. Founded in 1993, CIVICUS has more than 10,000 members in more than 175 countries throughout the world