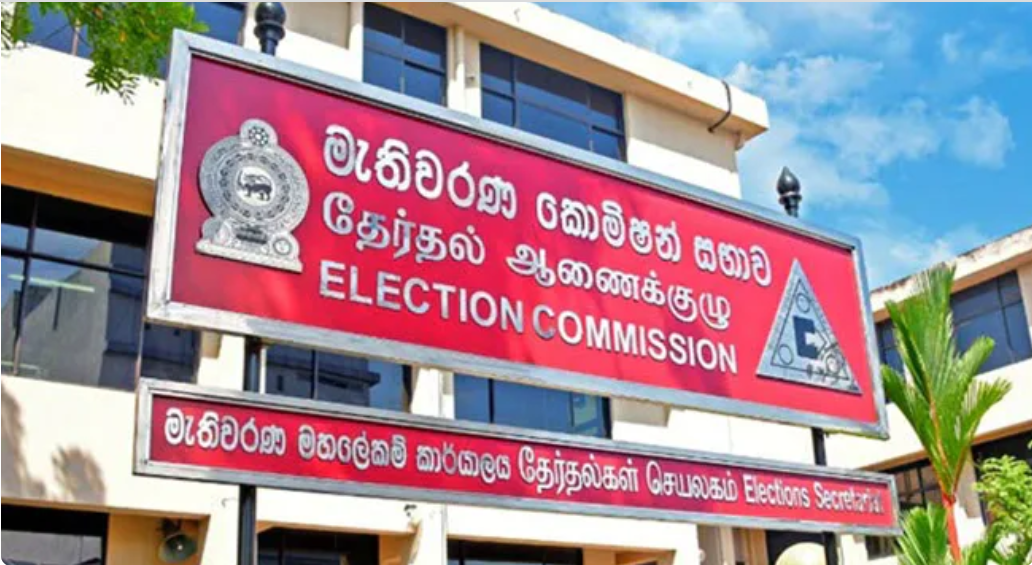 The Election Commission (EC) yesterday (4) published a notice calling for nominations for the Local Government (LG) polls 2023, in 340 LG authorities, while the poll for the Elpitiya Pradeshiya Sabha (PS) in the Galle District will not be held. According to the notice calling for nominations, the nomination forms should be handed over from 18-21 January to the relevant District Secretary.

The EC will also accept applications for postal voting for the upcoming election from today (5) to 23 January.

Speaking to The Morning, Commissioner General of Elections Saman Sri Ratnayake yesterday said that the candidates are expected to follow the rules and regulations included in the Local Authorities Elections (Amendment) Act, No. 16 of 2017.

“The entire set of rules and regulations for the contestants have been mentioned in this law. We request them to follow this law,” he added.

He also noted that the media is advised to follow the guidelines scheduled to be published in the relevant gazette by the EC today.

He also said that once the nominations are over, a decision on the election date will be declared and the campaigning period will be announced.

Accordingly, nominations for the LG poll have been announced as laid down in Section 26 of the said Act, and according to which nominations to elect mayors, deputy mayors, chairpersons, deputy chairpersons, and members will be accepted.

Also, through an extraordinary gazette notification number 23/1244 published on 29 December 2022, the deposits and nominations-related details concerning female candidates have been furnished.

Meanwhile, the EC has already printed the nomination forms in connection with the upcoming LG poll and distributed them to the relevant Returning Officers, in order to be obtained by the candidates once the nominations are called.

Ratnayake said on Tuesday (3) that a notice calling for the nominations will be published at all 340 LG authorities once the date is announced.

He said that the election may be scheduled somewhere towards the end of February, or the first week of March.

Ratnayake earlier added that the EC is looking to purchase electoral or indelible ink (purple ink) from either India or South Korea after comparing the rates, and after the allocations are made for the LG poll.

Earlier, EC Chairman Attorney Nimal Punchihewa said that the LG poll should be held before 20 March.

The Election Commission (EC) will take all efforts possible to restrict the cost of conducting the Local Government (LG) polls under Rs.8 billion and not to exceed Rs.10 billion or more as suggested by certain political parties and groups, The Chairman of the Election Commission, Nimal G.Punchihewa said yesterday.

Punchihewa said after announcing the date to accept nominations for the mini-poll yesterday as exclusively reported by the Daily Mirror on Tuesday (3) The EC would take a number of steps to restrict election expenditure to the minimum possible.

The EC has decided to hold the LG polls on a week day as conducting the election on a holiday or during the weekend requires paying for travelling, accommodation, overtime, and meal allowances etc. to election officials.

The number of election officials to be deployed would also be less than 200,000. At the last LG polls held in 2018, the EC had deployed 250,000 election officials and incurred Rs. 5.8 billion to hold the 2018 LG polls. Due to the current inflation and economic woes in the country, the EC expects to restrict the election cost under Rs.8 billion.

Meanwhile, the gazette notification issued yesterday by the Commissioner General of the EC, Saman Sri Ratnayake under the provisions of the ‘Local Authorities Elections Ordinance’ says that the number of candidates including female candidates by the registered political parties and independent groups in the nomination papers have been mentioned in the extraordinary gazette 23/244 issued on 29th of December 2022.

The LG polls, 2023 will be held before March 15, making way to constitute 340 LG bodies except Elpitiya PS by March 19, Punchihewa added..

The acceptance of nominations will begin on 18th January and conclude at 12.00 noon on 21st, Saturday. The day of election will be declared by District Returning Officers (DROs) after objection time of one and half hours given after the conclusion of accepting nominations. The DROs will take another few days to peruse nomination papers before publishing them and allocating numbers to candidates.

The budget 2023 has allocated Rs.10 billion under the vote of Finance, Economic Stabilization and National Policies of President Ranil Wickremesinghe in November out of Rs. 4,667 billion government expenditure in 2023 Ratnayaka said.

The section 26 of the Local Government Authorities Election Ordinance of 2017 says that the Local government polls have to be held between five weeks to seven weeks after the closure of tendering of nominations.

Nominations will be accepted by DSOs from registered political parties and independent groups on the 14th day of notice of nomination.

The total number of 8,711 slots are to be won at this poll by political parties and independent groups while 166,92, 398 voters are eligible to vote according to the 2022 electoral registerd.