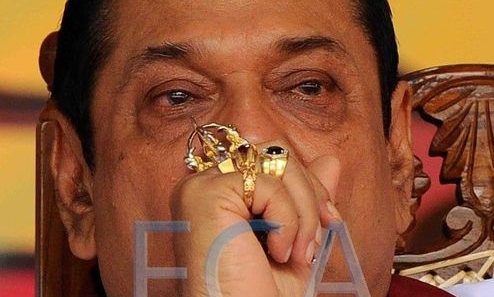 COLOMBO (News 1st); A group of lawyers have requested the Inspector General of Police to immediately arrest Former Prime Minister Mahinda Rajapaksa and enforce the law against him, for planning the attacks on the MynaGoGama & GotaGoGama protest sites.

Attorney-at-Law Gunaratne Wanninayake made this request at a press briefing held at the Colombo Magistrate Court premises.

He also accused the Sri Lanka Police for allowing the attacks to take place.

Attorney-at-Law Wanninayake also said that the Defence Secretary, Inspector General of Police, DIG in charge of the Western Province Deshabandu Tennakoon aided in the attack.

(News 1st); Sri Lanka’s Attorney General Sanjay Rajaratnam, PC has advised the Inspector General of Police to conduct a fully-fledged investigation in to the incidents of unlawful interference into the people’s constitutional rights, the circumstances that led to them; and, the consequent commission of penal offences in the process.

In a letter to the IGP, the Attorney General said the as the incident in metropolitan Colombo triggered sporadic acts of violence of serious nature involving people and their property all over the country, he advised the police chief to further investigation the aftermath of the incidents.

He urged the IGP to complete the investigation on urgent priority basis. 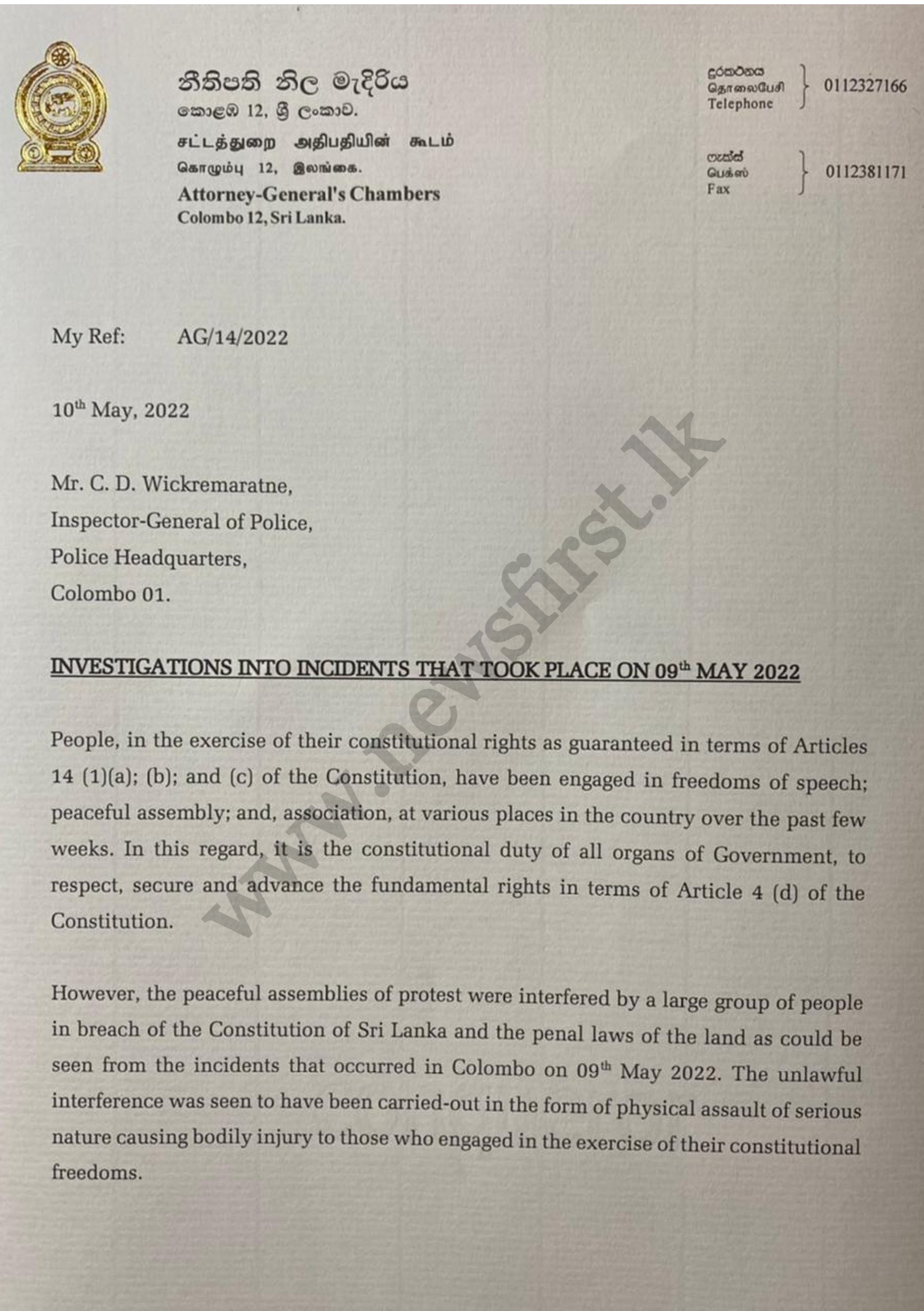 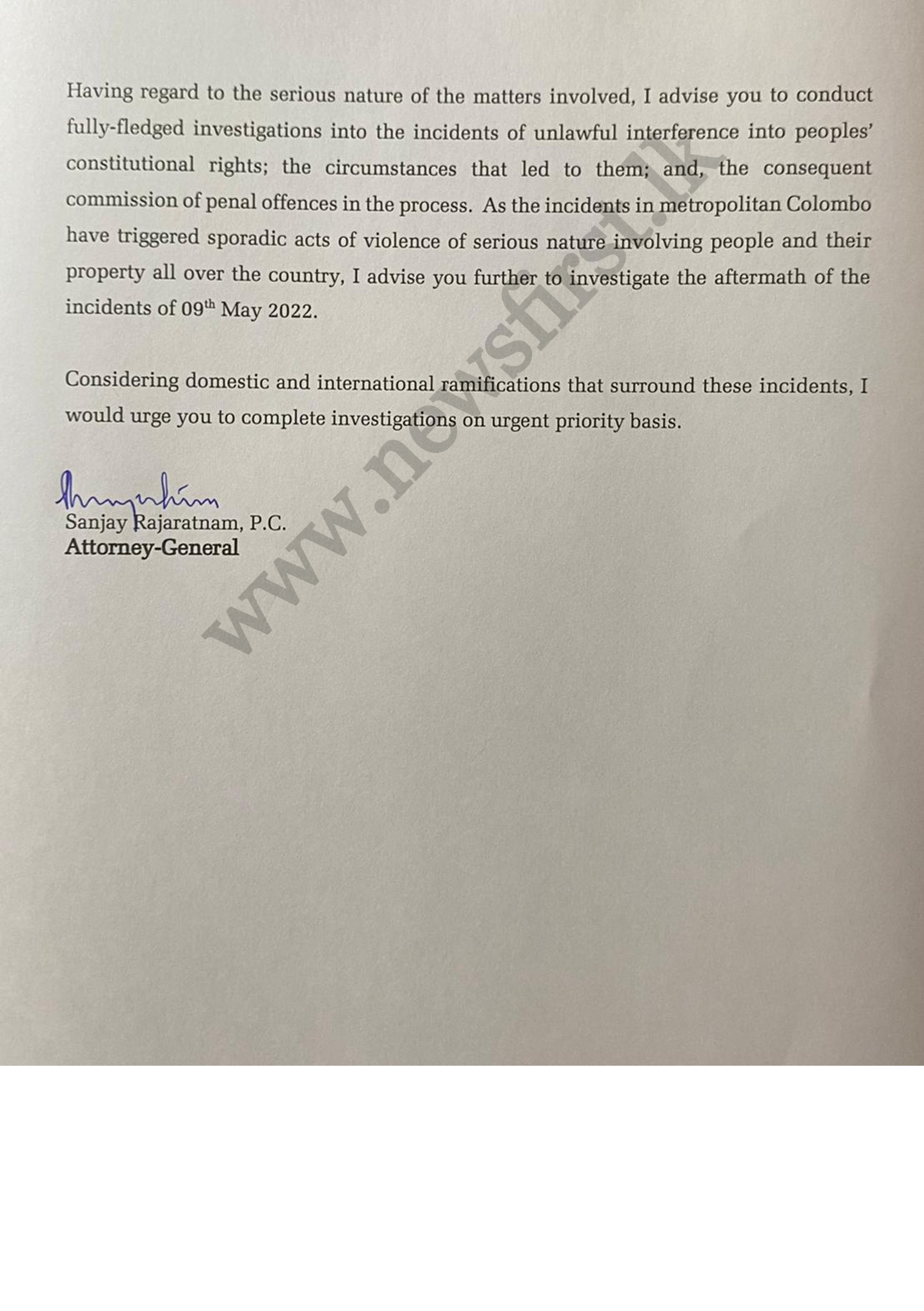