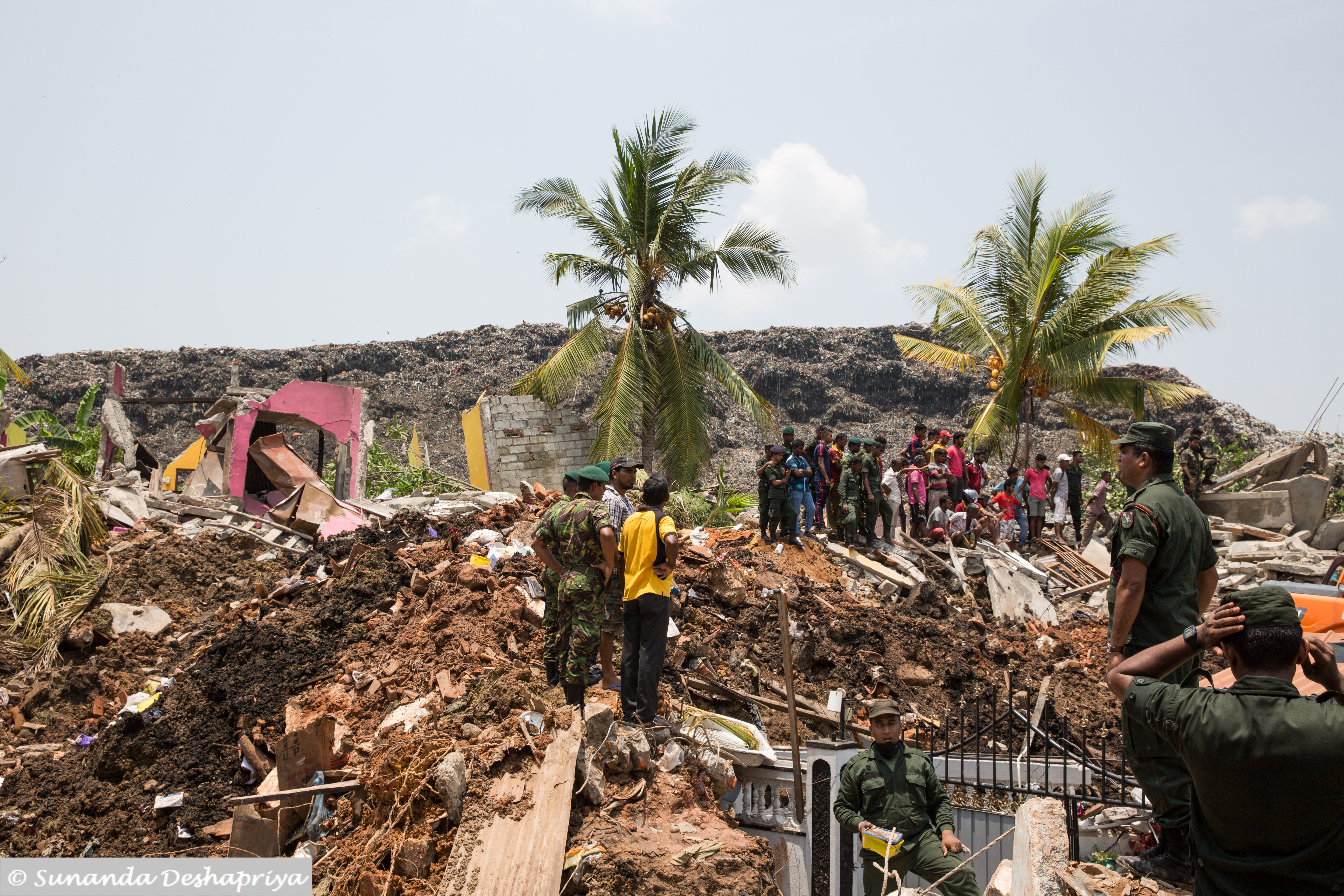 For many decades Sri Lankans have ignored the collapse of their legal system, the crisis of the judicial system and the virtual disappearance of all legal traditions. For this reason, the bond between law and social structure is now weak. This means that the law is unable to keep the political, social and cultural structure of society within a certain normative framework, resulting in chaos. As chaos spreads widely, any kind of catastrophe can become possible. The Meethotamulla garbage dump collapse is one more reminder of Sri Lankan society’s tragic loss of all the legal bonds that kept it sane.

There is nothing so senseless as to allow a huge garbage dump to exist, without dealing with it in the manner expected of a society to deal with its waste. When even such an elementary principle of dealing with waste does not register with those who run the administration of a locality, it is not a minor issue, but rather it means that a deep internal transformation has taken place within that society, wherein the basic principles of decency and sanity no longer operate.

Many foreigners who visit South Asian countries find Sri Lanka to have more cleanliness compared to other places in the region. This means that for a long time, Sri Lanka has had its own traditions of maintaining cleanliness and dealing with waste.

Today however, almost in every area there are complaints of the failure to maintain proper modes and arrangements for dealing with waste. Sometimes, not having places to put their waste, people dump it into canals and waterways. The result is that these waterways, once clean enough to bathe in, are no longer usable for such purposes. Anyone who gets into the water is likely to catch one or more disease. There are similar environmental problems in nearly all parts of the country, due to the lack of proper arrangements for dealing with waste.

Any social order requires social authorities to function to provide an orderly and acceptable situation. Such an order is usually made up of many simple laws and regulations, as well as common habits formed around such rules. When these basic laws and regulations are ignored by the authorities, then we are left with the situation facing Sri Lanka today.

The problem of the collapse of the Meethotamulla waste dump is not only about the unnecessary loss of so many lives. It is also about the many lives of persons living in misery for many years, suffering all types of foul smells and diseases which are a product of such a waste dump. Such an elementary health issue being ignored by the authorities for so many years indicates the extent to which these authorities can get away with ignoring their basic duties. It is possible to get away with such irresponsible behaviour only because the law does not matter very much in the present context.

In the immediate aftermath of such a miserable event as that in Meethotamulla, many things would be said and sympathy will be expressed towards the victims. This will only last a short time however, and things will return to normal, in a situation where abnormal has become normal.

These abnormal circumstances will only see more tragedies, such as the failure to control dengue, and to provide clean water, resulting in widespread kidney related diseases.

These are not different, unrelated events, but rather the end result of a lawless society. This problem has now become so entrenched, that no one in the political and social leadership dares to come forward to deal with it. Lawlessness is being treated as a fact of life in Sri Lanka, which itself reveals how far the disease has spread. When the abnormal is treated as normal, and lawlessness is seen as a part of life, then what happened at Meethotamulla, and worse, are likely to keep recurring.