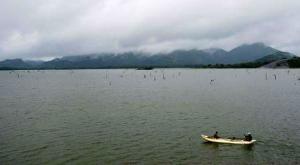 COLOMBO: Faced with the prospect of a third UN human rights council resolution in as many years, Sri Lanka on Sunday launched a diplomatic offensive to counter international pressure over alleged rights abuses during the final phase of its civil war in 2009.

Brigadier Ruwan Wanigasooriya, the military spokesman, said some eight video documentaries produced by the army had been dispatched to Sri Lankan missions overseas and the UNHRC member states.

“These videos will give real facts about the true situation with regard to allegations levelled by the Channel 4 (British TV) and others,” Wanigasooriya stated adding that “the world will come to know about the many crimes committed by the LTTE”.

The videos are part of the external affairs ministry’s briefings to Colombo’s diplomatic community on the post-conflict developments.

The government has also debunked the figures thrown at it by international agencies including the UN that some 40,000 people were killed in the Tamil-dominated north during the final phase of the 30-year ethnic conflict.

Minister Champika Ranawaka who is a senior figure of the Sinhala nationalist JHU party told Japanese peace envoy Yasushi Akashi that if the army wanted to kill Tamils it would not have accepted the surrender of around 11,000 LTTE cadres four years ago.

Akashi was on a visit last week. Ranawaka told Akashi it was unfair for war crimes charges to be raised against Sri Lanka based on false data.

He said a large number of the Sinhala majority community evicted from the north and east during the LTTE’s separatist campaign had not been allowed to return.

Sri Lanka is expected to face its third successive resolution criticizing its human rights record at the UN Human Rights Council next March.

Both previous resolutions urged Sri Lanka for speedier implementation of recommendations of the Lessons Learnt and Reconciliation Commission (LLRC).

India and US had voted in favour of the resolutions.