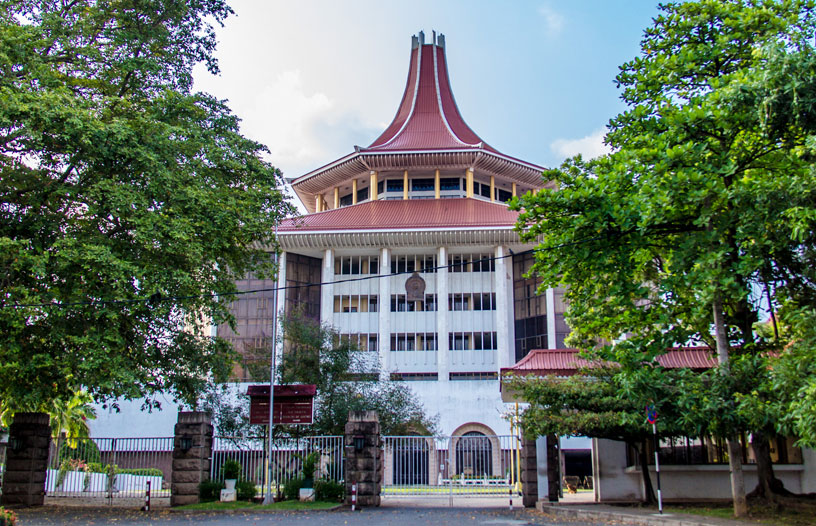 By C. A. Chandraprema.

In this country, a court case rarely attracts much attention unless it has to do with something like murder or rape – preferably both. In a nation that has been discussing matters of corruption and graft and illegal money making, it is certainly surprising that a court case involving irregularities in the country’s biggest tender could goes virtually unreported in the media. What is even more surprising that even the landmark determination given by the Supreme Court in this regard hardly got any publicity at all. It’s true that ordinary folk would not be interested even in sleaze if it happens to be technically complicated. But, then how does one explain the wide publicity that the Central Bank bond issue got? That, too, was a technically complicated matter. The difference of course is that in the case of the bond matter, the loss to the country has already occurred whereas in the case of the coal tender the Supreme Court has stepped in to shoot a tainted tender down.

In this regard, the SC observed that ‘it is essential to the maintenance of the rule of law that every organ of the State must act within the limits of its power’ and that ‘the Court cannot close its eyes and allow the actions of the State or the Public Authority go unchecked in its operations’. And further that ‘If the Petitioner with a good case is turned away, merely because he …. has no locus standi to maintain this application, that means that some government agency is left free to violate the law and this is not only contrary to the public interest but also violates the Rule of Law’. Chief Justice K. Sripavan stated that the court had decided to go into the merits of the case as some of the events that took place in the award of this tender ‘shocks the conscience of the Court’.

These are strong words indeed emanating from the country’s highest court. The SC further observed that ‘it will be a travesty of justice if, having found as a fact that a fundamental right has been infringed or is threatened to be infringed, the Court yet dismisses the application on a preliminary objection raised by the Respondents.’

Heard before a three member bench of the Supreme Court comprising Chief Justice K. Sripavan, Justice P. Dep, and Justice Upali Abeyrathne, this was perhaps the court case of the year with the list of counsel appearing for the Petitioner and the Respondents reading like a Who’s Who of the legal elite in this country. This was a case relating to a tender for the supply of 6.75 million tonnes of coal over a period of three years to the Norochcholai power plant – a contract worth well over Rs. 60 billion. The tender had been awarded to Messrs Swiss Singapore Ltd, by Cabinet overriding a ruling by the Procurements Appeal Board to cancel the tender and call for fresh bids after considering an appeal made by one of the bidders Messrs. Nobel Resources of Singapore who charged that the tender criteria had been altered after the bids had been opened.

When Cabinet overrode the ruling of the Procurements Appeal Board, the aggrieved party Messrs Nobel Resources Ltd then petitioned the Supreme Court stating among other things that cabinet had not been informed of the material facts of the case and therefore they were unable to make an informed decision about this tender. Having considered the facts of the case the SC observed that the Government Procurement Guidelines required that bids have to be ‘evaluated strictly according to the criteria and methodology specified in the bidding documents’. The Technical Evaluation Committee had originally recommended to the Standing Cabinet Appointed Procurement Committee that Messrs Noble Resources Singapore was the lowest responsive bidder. Thereafter the Standing Cabinet Appointed Procurements Committee (SCAPC) had received a letter dated 29 June 2015 from Swiss Singapore Ltd. On the same day the SCAPC had convened and directed the Technical Evaluation Committee to re-evaluate the bids ignoring two of the criteria.

The lower granular size limit was among the two criteria removed from the bidding documents so that more powdery coal would be accepted. Messrs Swiss Singapore Ltd was thereupon awarded the tender by the SCAPC.

The Supreme Court observed that ‘no one, neither the State nor the SCAPC shall act contrary to the bid documents and the Government Procurement Guidelines’ and that ‘it is of utmost importance that all the necessary safeguards laid down therein should be complied with fully and strictly and any departure from them make the evaluation process void’ and that ‘if the SCAPC exceeds its authority, the purported exercise of power may be pronounced invalid’.

The Supreme Court determination reproduced, in full, a letter written by Maithri Gunaratne the Chairman of Lanka Coal Company (which procures coal for the Norochcholai plant) to the Secretary of the Ministry of Power and Renewable Energy expressing shock that the SCAPC has disregarded the clause in the company’s bid document which strictly prohibits bidders from contacting anybody involved in the award of the tender from the time of the opening of bids to the time the contract is awarded. Gunaratne stressed that ‘any effort by a bidder to influence the process’ should be rejected. Gunaratne had also warned in his letter that the award of tenders in this manner might bring disrepute on the governmental authorities. The Supreme Court stated that the Standing Cabinet Appointed Procurements Committee should have rejected the bid of Swiss Singapore Ltd for influencing the tender procedure.

In delivering the judgment, the Chief Justice quoted the words of a former Chief Justice Sharvananada in another case where the latter had stated that the “Rule of Law depends on the provision of adequate safeguards against abuse of power by the executive … The Legislature has necessarily to create innumerable administrative bodies and entrust them with multifarious functions…the abuse of power by them, if unchecked, may … bring about an authoritarian or totalitarian state. The existence of the power of judicial review and the exercise of same effectively is a necessary safeguard against such abuse of power.”

The SC stated that having considered the contentions raised on behalf of the parties, the decision made by the SCAPC was outside its jurisdiction and therefore null and void. It should be understood that in this judgement, the Supreme Court was not merely castigating some bureaucrats. The highest court in the land struck at the very citadel of executive power by stating that the decision taken by the Cabinet of Ministers on 22 September 2015 to award the contract to Messrs Swiss Singapore Ltd could not be considered a valid decision.

The SC stated further that the power of the State was conferred on the members of the SCAPC and the Procurement Appeals Board to be held in trust for the benefit of the public. The Supreme Court being the protector and guarantor of fundamental rights cannot refuse to entertain an application seeking protection against the infringement of such rights. The Court must regard it as its solemn duty to protect the fundamental rights jealously and vigilantly. It has an important role to play not only preventing or remedying the wrong or illegal exercise of power by the authorities but has a duty to protect the nation in directing it (the executive) to act within the framework of the law and the Constitution.
The Island