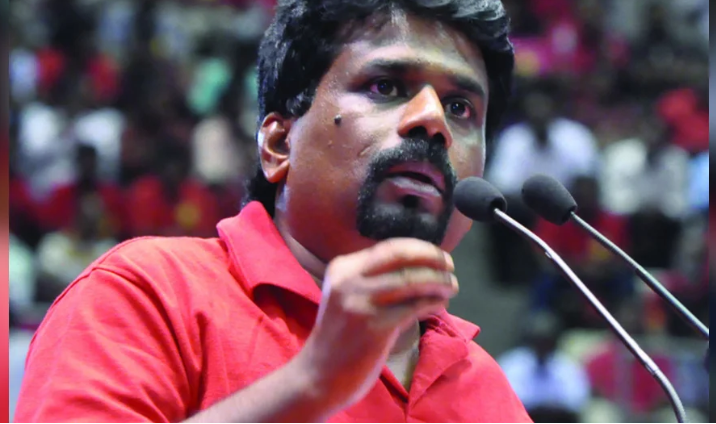 COLOMBO (News1st): The leader of Sri Lanka’s far-left People’s Liberation Front (JVP), on Sunday, urged the President to reconvene Parliament, warning he would fight back if the government conducts the general election.

“Holding an election in such a jiffy would be undemocratic and people would not be able to practice their right to franchise freely,” Anura Kumara Dissanayake said addressing the media online.

Sri Lanka will head into a constitutional impasse if Parliament, which was dissolved on March 2, is not reconvened by June 2 – a move the election commission has said is unlikely considering the indefinitely postponed general elections.

Recently, the polls body had requested President Gotabaya Rajapaksa to seek a determination from the Supreme Court on the date of conducting the election. The request had been rejected by the President’s Office.

The general elections were initially scheduled to be held on April 25 but had been postponed following the outbreak of COVID – 19.

“The reply letter indicates the willingness of the President to hold an election by that date,” Dissanayake observed.

President’s Secretary P.B. Jayasundara responding to the national election commission (NEC) last week had said that there was no need to seek a supreme court ruling, noting that it was up to the polls body to decide on the date.

The remark subsequently drew a strong reaction from an NEC member who responded in his individual capacity.

JVP leader Dissanayake pointed out that conducting the election in a jiffy would be undemocratic and would thwart the people’s right to exercise their franchise in a free manner.

“The government should not hold elections and we will lead people against the government arbitrary decision,” the far-left leader pointed out.

Jayasundara had said that the polls chief is “obliged” to specify another day for the election under section 24[3] (of the Parliamentary Elections Act) as the election cannot be held as scheduled on April 25.

However, Prof. Hoole, citing the law pointed out that the NEC Chairman was not obliged to do so as the law states that the polls chief “may” appoint another day to conduct the election.

“…averting a constitutional crisis is the President’s (responsibility) more than anybody else’s” the NEC member noted.

The NEC will meet this week under its chairman Mahinda Deshapriya to decide on the future course of action concerning the reply sent by the President’s Office.