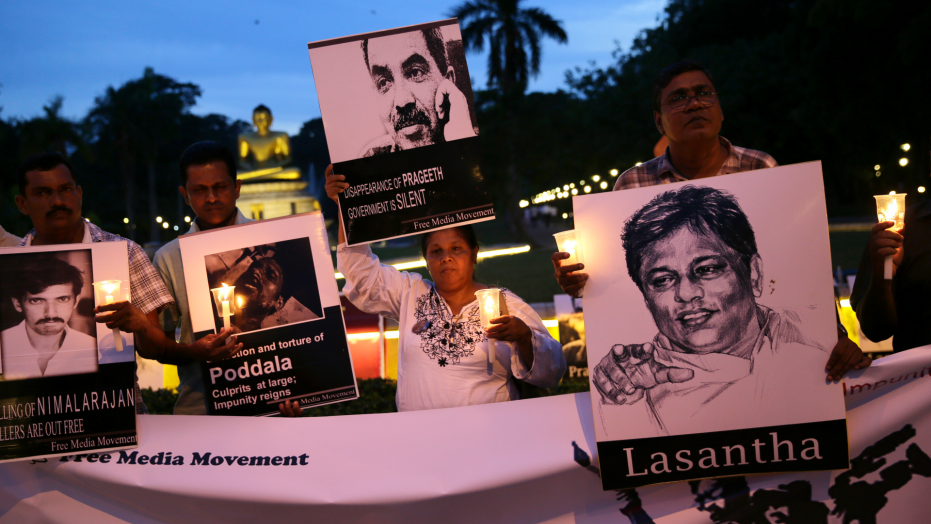 COLOMBO, Sri Lanka –  Sri Lankan journalists and media rights activists have lit candles and held placards to remember dozens of journalists who were killed, abducted or disappeared under a previous government.

C. Dodawatta, convener of the Free Media Movement which organized the vigil, said even after three years in power, the current government has failed to punish those responsible for the crimes and deliver justice to the journalists and their families.

President Maithripala Sirisena came to power in 2015, promising to end a culture of impunity and punish those responsible for the crimes against the journalists.

During former President Mahinda Rajapaksa’s tenure, dozens of journalists were killed, abducted and tortured and some fled the country.