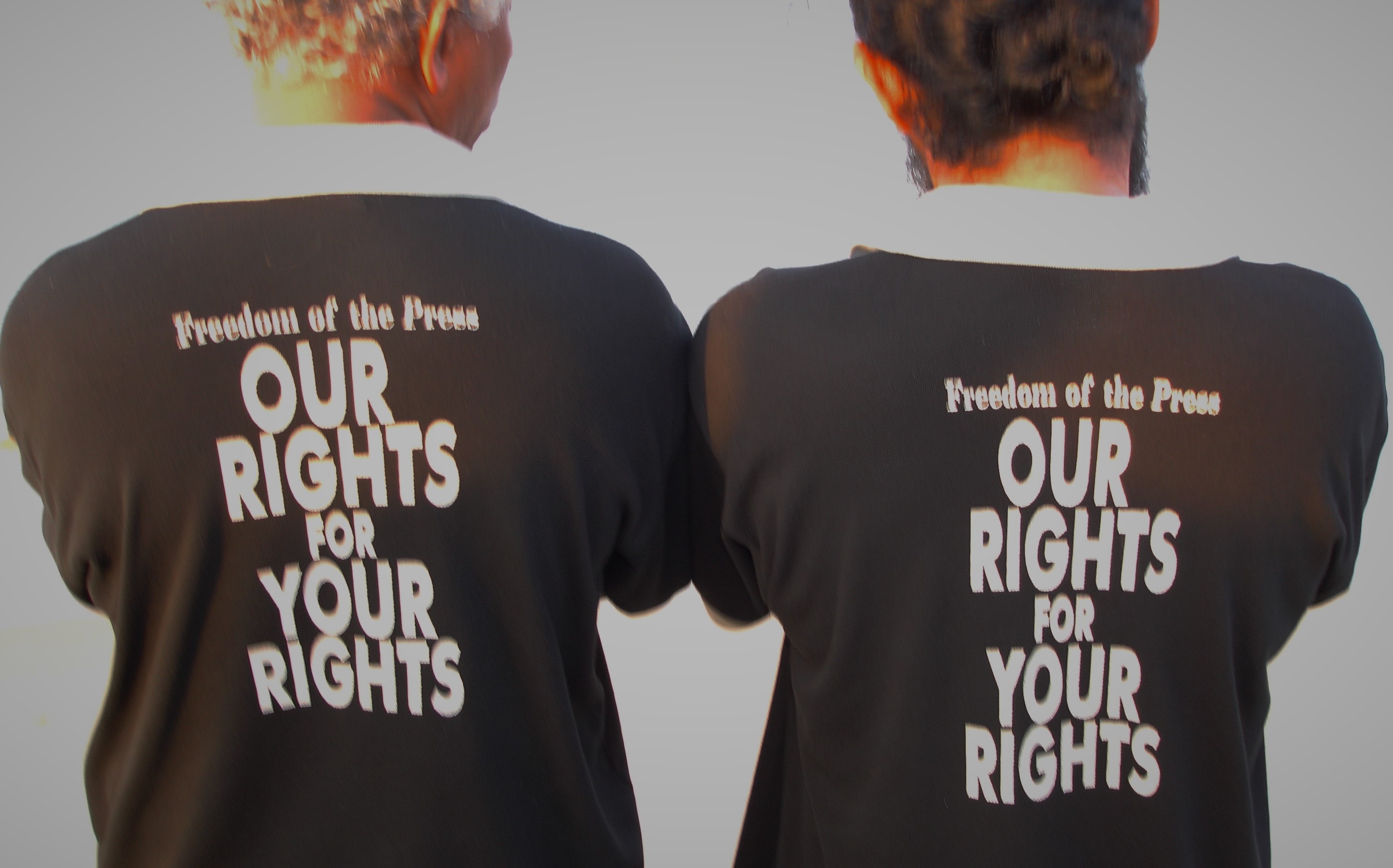 (AHRC 09 October) The Asian Human Rights Commission (AHRC) received information about Mr. Susantha Bandara Karunarathna, a journalist working for the ‘Sunday Apple’ newspaper. He was tortured by the Assistant Superintendent of Police of Tangalle, I. T. Daluwath. Susantha was engaged in his duties as a journalist, covering a peaceful protest at Hambantota Town on 6 October 2017. He was illegally arrested, detained, tortured and denied urgently needed medical treatment. The senior Consultant Surgeon examined the patient at the Debarawewa District Hospital, directing the Police to take the patient for immediate treatment at the Hambantota General Hospital. However, the Police refused, produced him before the Magistrate Court of Hambantota, remanding him in Tangalle Remand Prison. When his physical condition turned serious, Prison Authorities admitted him to the Hambantota General Hospital the next day. Observing the severity of the situation, the Doctors transferred the patient to the Matara General Hospital. Police have severely tortured, inhumanly denied urgently needed medical treatment and obstructed the journalist from doing his work.

Susantha Bandara Karunarathna, is a journalist working for the ‘Sunday Apple’, a widely popular national newspaper.

On 6 October 2017, Susantha was directed by his media organization, the Times Networks Private Limited, to cover the peoples protest at Hambantota Town. It was organized by several organizations including legally accepted political parties. The protest numbered thousands of people including religious leaders, members of the National Parliament, Provincial Council members representing the Island and a large gathering of civil society activists. All are demanding the protection of national resources and the peoples’ welfare.

While Susantha was engaged with his official duties he was arrested by the two Police Officers pictured above. Although he explained to the Officers his official duties, they did not pay any attention and continued to obstruct his work. Later he was dragged to a Police vehicle. Two Police Officers held his both arms tightly against his body. The Assistant Superintendent of Police (ASP) I.T. Daluwattte, of the Tangalle Division, approached him, slapping him hard on his left ear. He felt severe pain. Immediately the left side of his head became numb. He could not hear any sound in his left ear.

Susantha’s left ear started to bleed. He informed the Officers of this development. They brought him to the Debarawewa District Hospital. The senior Consultant Surgeon examined the patient and directed he be taken for immediate treatment to the Hambantota General Hospital. However, the Police refused. Instead, they produced him before the Magistrate of Hambantota, remanding him in the Tangalle Remand Prison.

When the victim’s condition turned serious, the Prison Authorities transferred him to the Hambantota General Hospital the next day. The Doctors, considering the severity of the patient transferred him to the Matara General Hospital. Urgent surgery needed to be performed under superior facilities and various medical specialties. Doctors confirmed serious damage to the membrane of the ear drum coupled with internal bleeding which caused serious side effects, including loss of hearing. Susantha is still under treatment at the Matara General Hospital.

Media organizations, human rights activists and concerned civil society parties raised strong voices. They considered this a serious violation of the journalist’s rights by a senior Police Officer. They further mentioned that:

1) Susantha was arrested while he was engaged in his legal duties.
2) In Police custody, he was severely tortured after his upper body was tightly restrained by two Officers.
3) Susantha has never participated in any violent activity or breached any Law.
4) He has never used force against any Law Enforcement Officer.
5) He has never obstructed the duty of any Police Officer.
6) He was detained in violation of his civilian rights.
7) He was obstructed in his duties as a journalist.
8) Susantha was produced before the Courts under fabricated charges.
9) He was denied urgently needed medical treatment.
10) Police have acted against directions of the Medical Doctors, knowing well that the patient could lose his hearing besides endangering his life.

All the concerned parties demand a full, prompt, efficient, independent, impartial inquiry into the incident. Demand that the proper Authorities put the responsible Police Officers on immediate suspension of duty. The Attorney General direct the Inspector General of Police (IGP) to initiate a full-scale investigation. Indict and prosecute the Police Officers under the Convention Against Torture And Other Cruel, Inhuman Or Degrading Treatment Or Punishment No: 22 of 1994.

Video link to the torture: https://www.youtube.com/watch?v=M1B-97tWzhs