Sri Lanka: Is the Deep State Involved? Reflections on the PSC Findings & Implications for the Future – Bhavani Fonseka 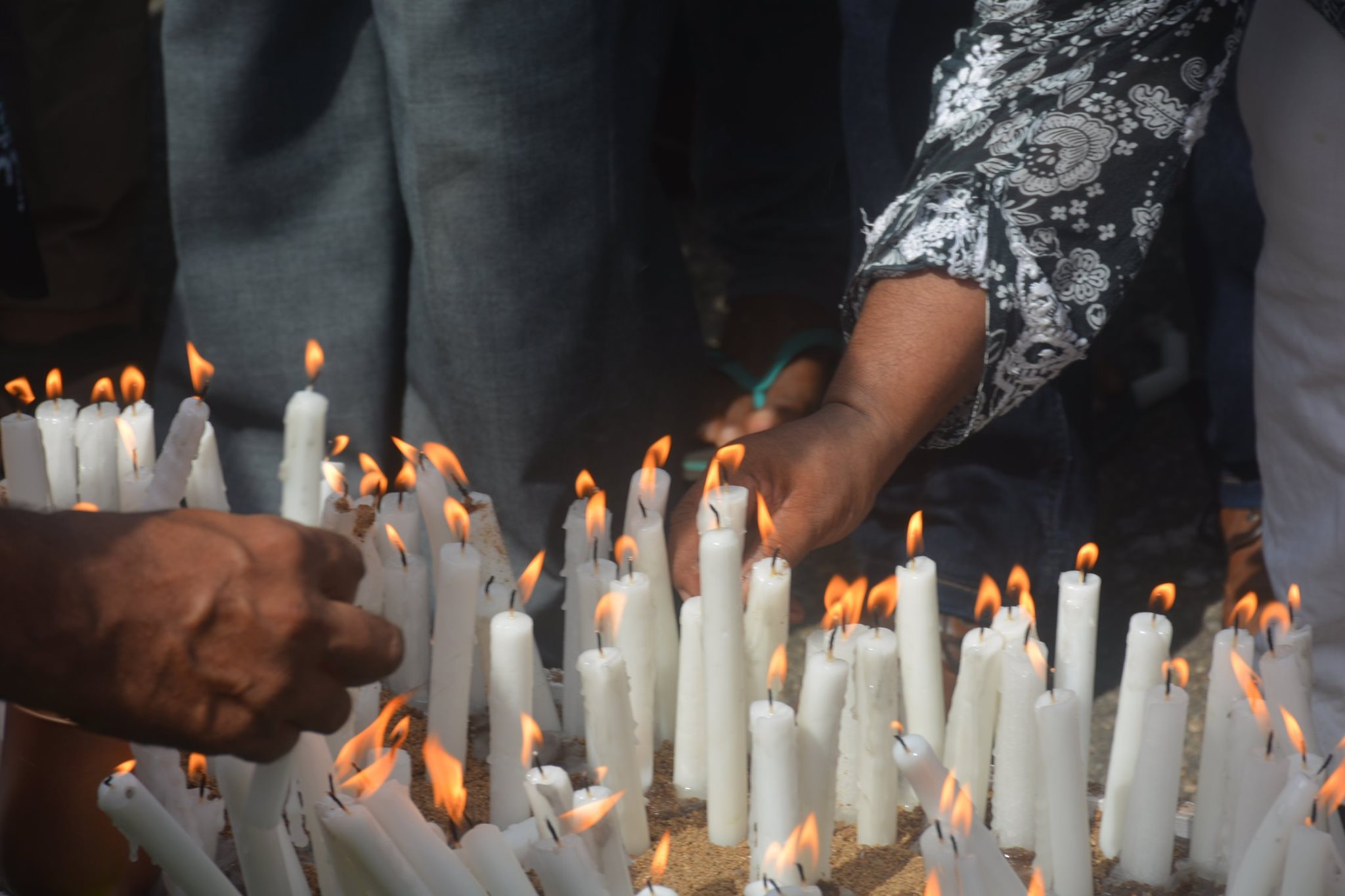 We are presently witnessing a whirlwind of activities in the lead up to Presidential Elections due on 16th November with an unprecedented number of candidates and election hype. It was in this midst that we marked the six months anniversary of the devastating Easter Sunday attacks which claimed over 250 lives, injured many more and resulted in cycles of ethno-religious violence. Two days after, the Parliament Select Committee (PSC) appointed to examine these attacks released its hard-hitting 272-page report. Having made initial comments on the findings of the PSC report on Twitter on the day of its release, this article builds on some key threads. It is further informed by a recent visit to the North and East of Sri Lanka where the ground realities speak to the complexities and challenges.

The PSC discusses at length the factors that contributed to the Easter Sunday attacks and finds several parties responsible. A few have critiqued the PSC for not going beyond naming individuals but it is worth remembering that this is merely a parliamentary process and not a criminal investigation. What the PSC report does is succinctly and carefully lay out events dating back years, demonstrating that some in the present government and former government were aware of increasing extremism, had monitored and engaged though limited steps were taken to mitigate or prevent attacks.  Further, the report demonstrates that despite receiving the first intelligence on 4th April, no action was taken in a timely manner with the greatest culpability pointed at the Director SIS. The PSC also finds fault with several in government and the security apparatus and discusses the lapses from multiple parties. The report examines the present framework including the National Security Council (NSC), the apex body for security, which had ad-hoc meetings in recent months and failed to effectively respond to the dynamic security challenges. What is noteworthy is that the PSC highlights to both system failures but also deliberate steps by specific individuals to stop investigations and prevent timely action.

Apart from its important findings, the PSC also sets a precedent with most proceedings being open to the media. This resulted in the public being informed of some issues prior to the publication of the report and generating a discussion on failures and responsibilities. For example, the public learnt that the President had instructed not to invite the IGP and others to NSC meetings. We also heard of surveillance and monitoring conducted into Zahran and his past activities. It was also reported that community leaders in Kattankudy had informed authorities of rising levels of extremism in the area with limited follow up by the relevant authorities. What was new with the PSC report were revelations of prior knowledge and active undermining of investigations which can have significant implications towards the security and governance of Sri Lanka. This article cannot do justice and summarise all these aspects but some critical ones require urgent attention including the tensions within the intelligence community, the failures to report on intelligence in a timely manner and to take necessary action, the lack of accountability within the security apparatus, the potential complicity of some politicians and attempts by some to shield those who are most culpable. In addition to these deeply troubling issues, the one that is most disturbing is the finding that the Easer Sunday attacks could have been prevented but some chose not to. It poses hard questions on the roles, responsibilities and priorities of our political leadership and security apparatus and whether the fundamental issue of safeguarding human life was lost on those in office.

Whilst it is worth reading the entire report, page 80 of the PSC report includes the following-

“In such a setting, some pertinent questions must be asked- Were attempts made by sections in the intelligence community with the possible support from some politicians to undermine ongoing investigations, prevent arrests of alleged perpetrators and not share valuable information? Was the unrest and communal violence since 2018 a way to exacerbate the uncertainty and create further fear among communities, especially the Muslim community? Was this to demonstrate the lack of control by the Sirisena-Wickramasinghe government and to amplify calls for a change of regime?

This is also in a setting where incidents of violence and increase communal tensions would take place in the lead upto Presidential elections in late 2019 and Parliamentary elections in 2020 disrupting every day life and instilling fear and apprehension among communities, especially among the minorities. The Easter Sunday attacks and subsequent communal violence in parts of Sri Lanka witnessed new levels of fear among the public and criticism towards the political leadership and security establishment. It was also a time when calls emanated for a change of regime. These cannot be taken as coincidental and must be investigated further. It is also paramount to question the role of some sections in the intelligence apparatus and their attempts to shape security, the electoral process, political landscape and the future of Sri Lanka.”

This and other sections of the report point to issues with extremely serious implications. This in a context when Sri Lanka will elect a new President who will be head of state, head of government and commander in chief. In a recent post, Dr. Asanga Welikala highlights the diminished powers of the office post the 19th Amendment to the Constitution but also notes that the office still wields considerable power. The startling revelation in the PSC report of vested interests manipulating events to generate chaos and exacerbate fears and suspicion are thus extremely troubling especially when such factors can influence the result. As the PSC notes, “Coincidently or not so coincidentally, the security situation and fear would be unleashed months away from the Presidential Election. The PSC also notes that this occurred in the context of changes in the leadership in the Sri Lankan Army and DMI in 2019. These are extremely serious observations that can impact the democratic governance, electoral processes and security of Sri Lanka and must require urgent attention.”

Continuing Militarization in the North and East

I was in the East of Sri Lanka the day after the release of the PSC report and communities in the area were slowly coming to terms with the findings and its impact. Several I spoke to both in Trincomalee and Batticaloa Districts were worried about the findings related to failures and culpability; unable to believe of the possibility some within the political leadership and the security apparatus may have known but failed to act. Individuals in Kattankudy reiterated that several had complained to authorities of growing extremism and even lodged police complaints but action was slow or none at all. Many were dismayed that despite complaints, little was done to protect citizens and to prevent the subsequent backlash on the Muslim community. Despite the passage of six months, the discrimination and attacks on the community and their vulnerability were very real.

The PSC report highlights to earlier publicly unknown levels of surveillance and monitoring. This does not mean such activities were absent but the PSC is the first public report that documents in detail the activities of multiple intelligence agencies. In several sections, the PSC discusses the role of the DMI, their ground presence and association with individuals now linked to the Easter Sunday attacks. According to the evidence before the PSC, the intelligence community not only had links to these individuals but also knew their places of residence and movements, raising questions as to why these individuals were not apprehended. Further, the finding on surveillance comes in the backdrop when colleagues both in the North and East confirmed of increased surveillance in recent weeks and feared this would exacerbate post-elections.

This was compounded when media reported to the presence in the Trincomalee District of two Navy personnel under investigation. This has raised questions among locals as to their presence in Trincomalee in close proximity to the Presidential Election. This also in a context where several spoke of retired military officials being based in the North and East and campaigning for one candidate. Whilst the presence of former military is not an election offence, it speaks to new dimensions of militarization in the areas and the role of present and former military in the present election.

A key finding of the PSC that seems to have lost attention is the need for a robust and reformed NSC. The PSC discusses a Gazette issued in 1999 that provides for the establishment of the NSC but notes the need for reforms considering the recent security challenges. The timely intervention for security sector reforms also recommends the creation of a new post of a National Security Adviser. In several countries, the NSC and NSA plays an important role in security issues and could do the same in Sri Lanka if provided with the necessary powers and resources. A reformed NSC can provide a system where information is shared and acted upon without delays and where all relevant individuals are able to participate. This will require comprehensive security sector reforms including legislative reforms and oversight.

The public sittings of the PSC also highlighted the delays and bureaucracy of the Attorney General’s Department where testimony from officials in the Department and the police showed discrepancies in action and follow up. The PSC makes a valid call based on this evidence for urgent reforms in the Department including the creation of a Public Prosecutor’s Office and other reforms. These are necessary calls at a time when reports highlight to increased politicisation and delays and to ensure accountability.

There are also other important recommendations on a range of other issues including greater scrutiny on financial transactions, education sector reforms and capacity building. Notably, the PSC calls for parliamentary oversight. This is critical considering the findings via the PSC process and the need to ensure the Executive is held accountable. Effective parliamentary oversight can also go beyond accountability and transparency and also address the trust deficit within affected communities towards a somewhat overbearing and murky security apparatus.

Our recent history shows the resilience of citizens and independent institutions in the face of a constitutional coup and violence but we should not be complacent. The PSC findings and the ground situation are a reality check as to the possibility of Sri Lanka sliding towards a security state. We as citizens must strongly counter any attempts to interfere with our elections, impact our security and undermine our democracy. And we must demand nothing less from our elected representatives. This we must remember when voting in the upcoming elections and when pushing ahead with critical reforms and accountability.

Above photo from FB.