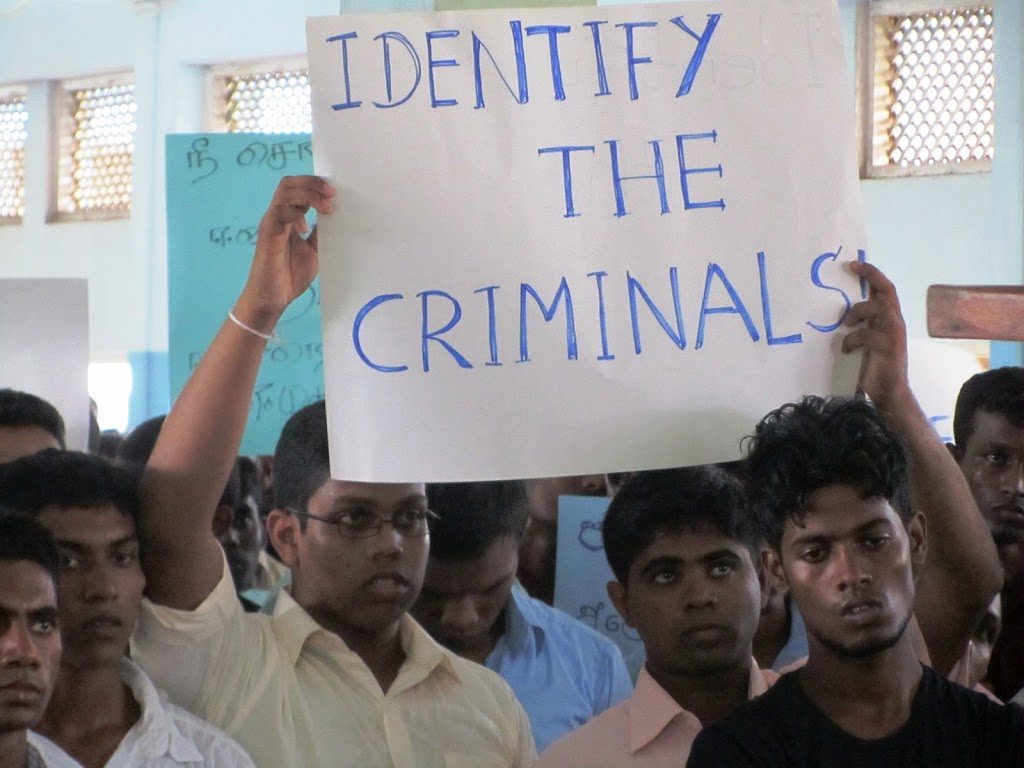 Global Tamil Forum (GTF) strongly deplores the attack, by members of the Sri Lankan security forces on Jaffna University students staging a peaceful protest, on Wednesday November 28th and calls for the immediate release of four Tamil students subsequently arrested by the Terrorism Investigative Division (TID) on trumped-up charges and remain in custody.

The peaceful protest was staged after Sri Lankan military and police raided the campus and intimidated students who were commemorating Tamil Remembrance Day, the previous day. Security forces attacked the demonstrators which reportedly left many students injured with some hospitalised. The actions of the State security forces highlights the continuing oppression occurring under the militarisation of the region and reaffirms that Sri Lanka is fast descending to the civil unrest that previously triggered armed conflict on the island.

GTF supports the mass protests denouncing the security forces, which was staged in Jaffna by the key Tamil parties, supported by like-minded democratic political forces in the South, trade unions and many civil society organisations. In addition, the solidarity shown by student unions in Eastern University, Ruhuna, Peradeniya Universities in Southern Sri Lanka and Youth organisations overseas, with the plight of those at Jaffna University, underlines the desire to end the State’s repression of the Tamil people in the area.

The Government’s response has been to increase heavily armed military personnel around the Jaffna University, spurring arbitrary security checks and raising fear that there could be more arrests of University students on false charges under the sweeping powers granted to military under Terrorism laws. State authorities and security personnel have used these laws to criminalise dissent, supress politicians, human rights activists, journalists, trade unionists, restrict freedom of expression and commit human rights abuses with impunity.

This general breakdown of rule of law has been further degraded by the Government’s impeachment proceedings against Chief Justice Shirani Bandaranayake have raised concern from the United Nations, United States and the Commonwealth. Sri Lanka’s parliament speaker, who is President Rajapaksa’s elder brother, rejected a Supreme Court summons to a parliamentary panel looking into the impeachment. The inherent political interference with the judiciary erodes the basic fabric of democracy.

GTF is encouraged by the US Embassy’s continuous monitoring of the prevailing situation and urge the US and other international governments to continue monitoring the situation to ensure the safe release of those Jaffna University students who were arrested.

As the world commemorates Human Rights Day, GTF also calls upon the United Nations and the international community to remain seized of the situation in Sri Lanka; to condemn the Sri Lanka authorities’ failure to promote and protect human rights, equality and fundamental rights to freedom of expression for all its citizens; and requests that they restore judicial independence as a means to re-establish democratic governance and rule of law in the country