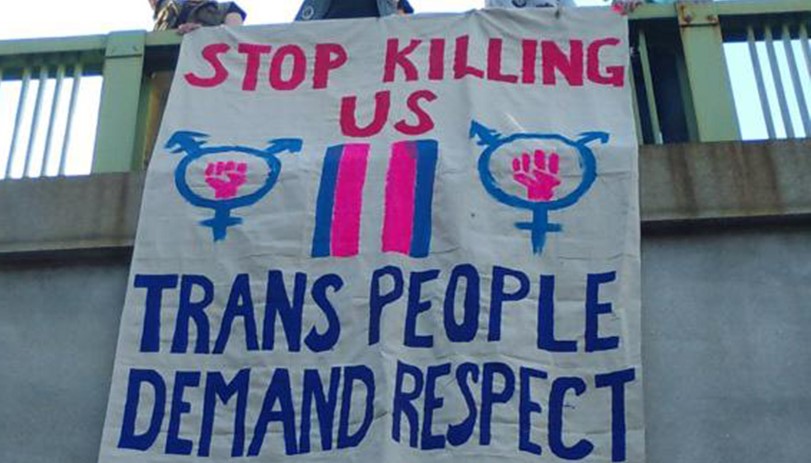 (AHRC) Sanath Kumara Wijethilaka (34) of Kalundewa, Walgamwewa, Dambulla, is a permanent resident in the Matale District. Sanath was born as male, but as he grew older, he started developing female attitudes and behavioral patterns.

As an adultescent, Sanath started dressing as a woman, and frequently went out like that, even in Dambulla Town. He was well known to the residents of the area for his behavior. The people engaged in commercial activities and the business owners in the city were aware of him as a transgender person. Sanath was a very peaceful and innocent adult. He was never accused of involvement with any crime, or harming any person or property throughout his life.

However, there were several incidents when he was arrested by the police and produced in court due to his suspicious behavior and his different manner of dress. On all these occasions however, respectful judicial officers have taken steps to release him with immediate effect after learning the truth.

After initial investigations by the Dambulla Headquarters Police Station, the police believe Sanath was beaten to death; several clubs that were used in the killing were seen around the crime scene. Furthermore, police said that pools of blood, believed to be Sanath’s, and an umbrella, were also found in the vicinity.

Meanwhile, Sanath’s sister said she received a telephone call at 3 a.m. on that day, from Sanath’s mobile. The caller shouted at her in abusive language, and informed her that they have killed her brother. She mentioned that she could not identify the caller by his voice.

Later police informed the media that Sanath was beaten to death by an unknown individual or a group of persons at 2 a.m.

Even 18 days after the incident, there is no efficient or credible investigation into Sanath’s murder.

This case of murdering an innocent transgender man is related to the insecure state of Sri Lanka’s transgender community. There are no laws safeguarding the rights of the lesbian, gay, bisexual or transgender persons. The government should enact such laws, and take steps to ensure that the rights of all Sri Lankans are upheld, particularly those of marginalized communities.