Sri Lanka: I will facilitate but not regulate NGOs – Minister Ganesan 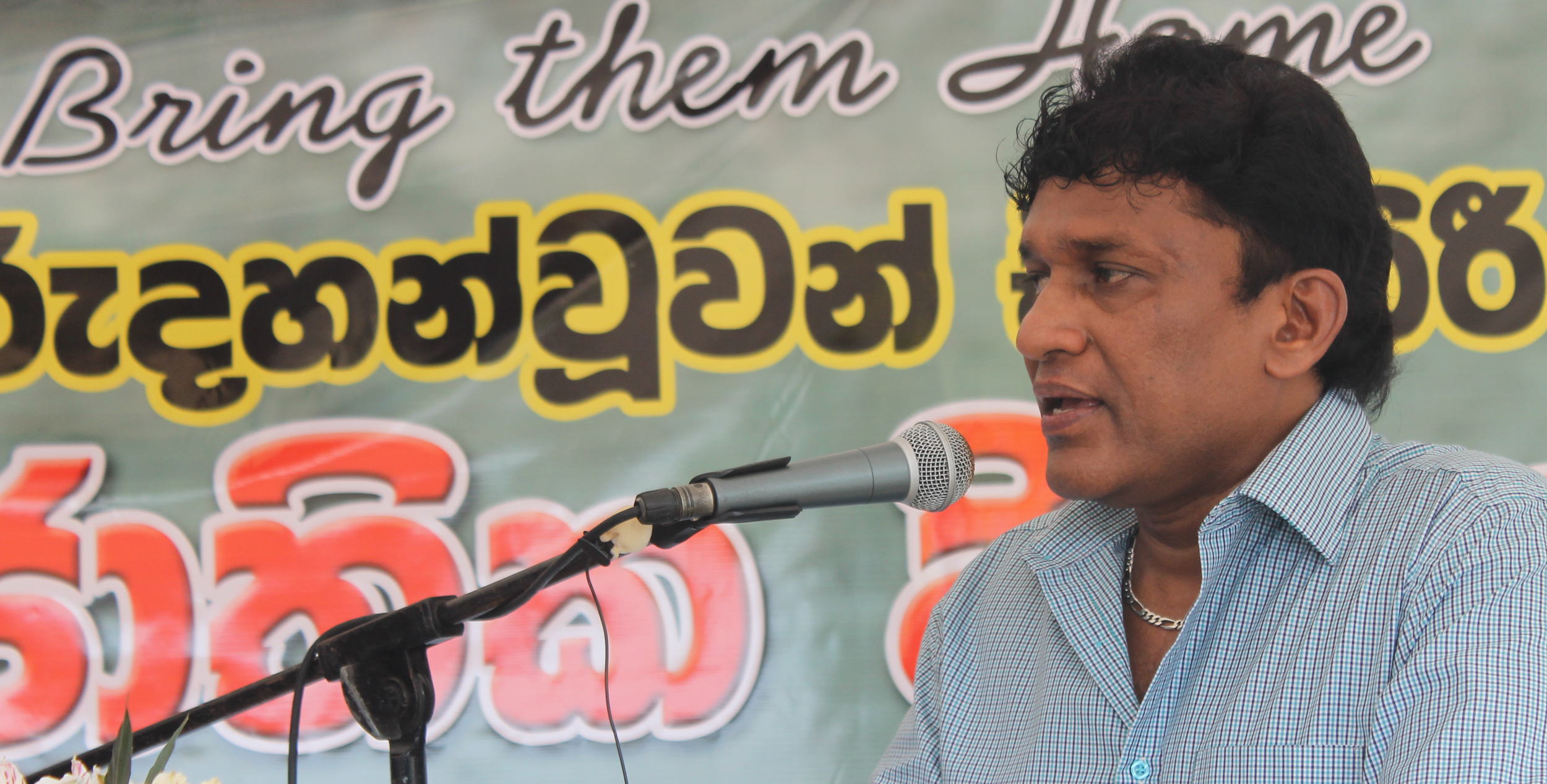 Speaking to media Minister Mano Ganesan who is in charge of the  NGO secretariat of Sri Lanka,  on the subject of regulating the NGOs says that  ” Minister Wijeyadasa Rajapakshe must be having his own reasons. But I don’t want to use the word, ‘Regulation’ but ‘Facilitation’.

On Minster Rajapakshe’s statement that some NGOs are detrimental to national reconciliation and religious harmony, Ganesan  has urged Rajapakshe to get him the facts as he notes that there are more hindrances to national coexistence from religious and political forces.
The minister noted that he has given strict instructions to the Director-General of the NGO secretariat and the staff under him to consider NGOs and INGOs as partners in State building.

Excerpts from the news story appeared in the Ceylon Today follows:

The Government has decided to closely monitor all Non Government Organizations (NGOs) and has initiated measures to take action relating to activities of ‘certain civil society organizations’ which are acting against the State.

The Government has also decided to scrap the abbreviation ‘NGOs’ and replace it with CSOs , an abbreviation for Civil Society Organizations, and will establish CSO Councils in every district and secretariat division islandwide.

Minister Ganesan has told that his Ministry is now conducting two separate investigations into two such NGOs.

“If I am provided with specific facts I will act according to the facts in complaints. But I can’t generalize on such a policy and say that most NGOs are functioning against the State and the objectives of reconciliation and close them down,” Minister Ganesan added.

Commenting on the Justice Minister’s suggestion to introduce fresh regulations to govern these NGOs, Minister Ganesan noted that he does not see any serious reason to endorse it as ‘regulations’ but rather call it ‘facilitations’ as long as they (NGOs) meet legal requirements to operate in their stated agendas.

On Rajapakshe’s statement that some NGOs are detrimental to national reconciliation and religious harmony, Ganesan urged Rajapakshe to get him the facts as he notes that there are more hindrances to national coexistence from religious and political forces.

The minister noted that he has given strict instructions to the Director-General of the NGO secretariat and the staff under him to consider NGOs and INGOs as partners in State building.

“Those Civil Society organizations which stood with us in the heydays of national change… well, I was there all along with the Civil Monitoring Commission, ‘Vipakshaya Virodaya’ and ‘Samagi Peramuna’. In fact, I played a significant role in that struggle from way back in 2005 with Raviraj, Lasantha, Bahu, Siritunga, Britto, Nimalka, Priyani when even some traditional CSOs and politicians backed out in fear. I can’t drop or ignore those which stood with us. I would call them Civil Society Organizations (CSO) rather than NGOs.”

He said after he took office and the National Secretariat for NGOs was brought under his Ministry, he has taken very many steps to restore an equilibrium in the perceptions about NGOs which were ” considered as ‘traitors’ and the INGOs were considered as ‘enemies”. That was how it was at that time.

He said he has received the blessings of Prime Minister Ranil Wickremesinghe for this mission and that President Sirisena has also urged them at Cabinet meetings to get all the forces together to build the country. Taking the clue, I am now establishing nation-wide, district-wide, division-wide CSO councils.

He said that even some CSOs misunderstood this approach. Noting that it is an independent network, he said his ministry was only doing the facilitation part.

” I am going to get them official placements in the district and divisional DCC meetings to have their say in development and nation building affairs with elected representatives and State officials. We require all actors including civil society forces at every DCC meeting, where decisions are made on the spending of State funds. This will reduce levels of corruption, waste, mismanagement and identify the priorities of the poor masses.”

He stressed that there are wrongdoers in Parliament and violators among State officials, security forces and Police. We will identify them and clean the institutions in the best interests of the State. But we can’t generalize such policies and close or dissolve Parliament, Police, and security forces and dismiss State officials at random. This is a country and not a kingdom but a people’s republic. We need these institutions in republican democracy.