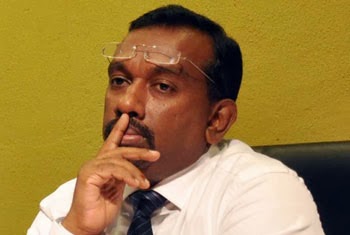 ‘Lankatruth’ revealed that the value of assets bought by Minister Mahindananda Aluthgamage in his wife’s name was nearly Rs.90 million. Already, a complaint has been filed at the Bribery Commission regarding the Minister’s assets.

However, the assets of the Minister that have been revealed are only those in his wife’s name.

Selling vehicle permits received as a Parliamentarian or a minister is illegal and legal experts point out the tax money the government should get has been defrauded by selling the permits.

In budget 2013 a decision was passed so that a permit could be transferred. Minister Aluthgamage’s statement reveals that he had sold his permits before this decision was taken when selling or transferring vehicle permits for Parliamentarians was illegal .
LT