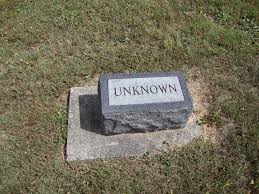 Nearly 300 unidentified bodies were buried in Colombo’s public graveyards between 2013 and 2018 alone while dozens more are interred in a similar manner around the country.

From January to August this year, a total of 67 unidentified bodies were brought to the Colombo Judicial Medical Officer (JMO). Only 32 of them were claimed. The remaining 35 were buried by an undertaker contracted annually by the Colombo Municipal Council (CMC) for burying unidentified human remains.

Last year, in Colombo, there were, 117 bodies, of which 65 were unidentified and buried. Statistics for the past five years were provided by the JMO office. The total number of bodies that were interred without ever being named between January 2013 and August 2018 is 293. Sri Lanka has no central database, national policy or standard procedures to help identify human remains that have no claimants. “This practice is not ethical,” said Dr Ajith Tennakoon, Chief Consultant JMO (Colombo) and head of the Institute of Forensic Medicine and Toxicology. “They are somebody’s somebody but are buried as unidentified people because nobody comes to claim them.”

“We did not recognise the problem in the past but we now know how these bodies are managed in other countries in a proper, dignified, scientific way,” he continued. “We realise that we are not taking proper steps to identify them. These people are not aliens. This is a question of human dignity.” A lot of bodies are found and brought to hospitals around the country, Dr Tennakoon said. By law they are subjected to an inquest and postmortem examinations. Some have died of natural causes or injuries suffered in accidents while others are homicide victims.

“When it comes to homicides and accidents, the criminal cases cannot proceed without establishing the deceased’s identity,” he pointed out. “I have so many murder cases where the bodies have not been identified.” When a person goes missing, their relatives typically lodge complaints with the police. But neither the JMOs nor the police have access to a collated, central database that could help them tie deaths to missing persons. While photographs and fingerprints are taken, the only database available for comparison is one that houses the details of criminals; there is often no match.

The Colombo JMO office only realised the magnitude of the problem when, in 2013, Dr Tennekoon started gathering data. “We found that there were around100 unidentified bodies every year just in Colombo,” he said. “Just imagine how many there are in other hospitals that don’t record data?”

Most hospitals have insufficient cooler facilities to keep bodies for a long period. Even the Colombo JMO office, which can hold around 30 corpses (identified and unidentified) at any given time, now does not keep an unidentified body for more than 14 days. During this window, an inquest and post-mortem examination must be conducted. Photos are taken and displayed on a notice board while the police are requested to take out media advertisements.

The Colombo JMO office also recently introduced a separate post-mortem data collection form to record details of unidentified and unclaimed bodies. Information such as description of clothing, accessories and physical attributes, including scars, are noted down in details. Toenails are preserved for DNA (again, most hospitals do not have the facilities to store the material).

“We try to complete all this in one month and if nobody claims them, the bodies are disposed of at state expense,” Dr Tennekoon said. The process was introduced to the Institute he heads but he said it should be further developed and extended to jurisdictions under other JMOs.

“When a body is brought, steps must be taken to record information in detail,” he urged. “The data from police and hospitals should go to one central place, ideally the Office of Missing Persons (OMP), so they can match these when there is a complaint. Facilities must be provided to hospitals to store DNA samples. The bodies must also be buried in an identified place in case they need to be taken out later. This is the simplest mechanism to manage these unidentified bodies.”

There must be a national policy and standard operating procedures but none of this can be done if policymakers did not understand the gravity of the problem. “This country has a lot of issues regarding missing persons and I am not talking only of the war,” the Chief JMO said. “Some of these persons may even have been dumped in other parts and buried as unidentified bodies.”

The OMP’s interim report released this week also drew attention to this problem. “In order to guarantee proper identification of human remains, expedite ongoing reforms to the legal framework pertaining to inquests into deaths and related protocols, and ensure a multidisciplinary coordination system between institutions responsible for search, recovery and identification,” one of its recommendations read.

But the issue of unidentified dead is not something the MoJ has been looking at in the recent past, said Piyumanthi Peiris, Additional Secretary (Legal). Instead, a task force set up under the Ministry has for several months been deliberating on amendments to the manner in which inquests are conducted in the country. The final report is due.