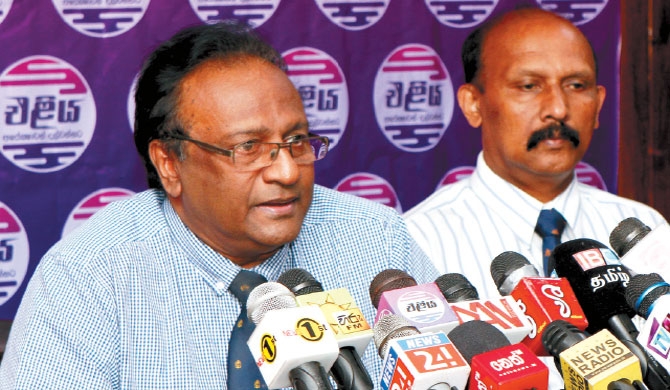 The Human Rights Commission’s (HRC) Chair Deepika Udagama this week denounced what she said were sinister efforts to interfere with the work of her institution and to bully it into adopting specific positions. 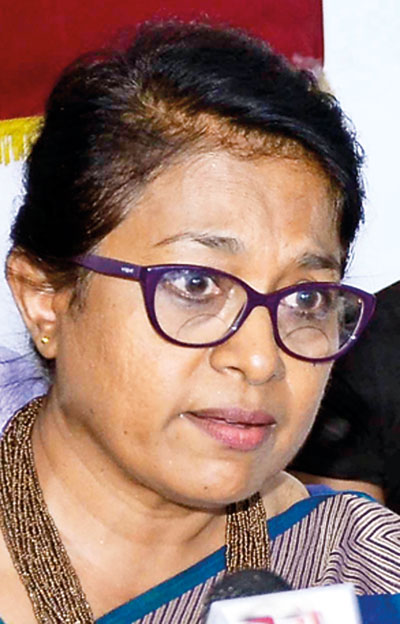 In recent weeks, the HRC–and, in particular, its Chair–was targeted by nationalist politicians. The attacks were so inflammatory that the Prime Minister’s office issued a statement on Thursday underlining that the HRC was appointed under the country’s constitution to function as an independent entity. It is a serious issue, it held, to publicly threaten the HRC’s Chairperson.

Dr Udagama, who specializes in international human rights law, was also backed by civil society groups. They decried statements “akin to death threats, violence and hate speech” against her, in particular by Rear Admiral (Rtd) Sarath Weerasekera, former Director General of the Civil Defence Force. After personally criticizing the HRC’s chair, he called for the death penalty to be imposed on “traitors”.

“I think it’s very important to point out that we are not opposed to criticism,” Dr. Udagama said, in an interview with the Sunday Times. “That’s a fact of life, especially in human rights work. But these (attacks) are of a different nature because you can clearly see a motive to delegitimize the Commission through the prism of ethnic politics and patriotism.”

From the HRC’s point of view, she said, a patriot would be partial towards human dignity; and the protection of people from violation of their dignity and human rights. “It is a very interesting discourse, this whole thing about patriotism and traitors,” she reflected. “I think all these years of this violence and particularly during the war, Sri Lankan society has gotten used to looking at any issue through the prism of ethnicity and religion.”

The attacks were “a front, a line-up of, not just of personalities, but a political position”. If left unchecked, they could snowball into hate speech on social media, etc.

“Then, even independent Commissions are unable not to function in a free and independent way,” Dr Udagama said. “That doesn’t mean we ought to be unaccountable. Of course we are accountable to Parliament and, above all, to the people. The people must see us as credible entities they could bring their problems to.”

The attacks reached a crescendo after the HRC was awarded international ‘A’ status accreditation by the Global Alliance for National Human Rights Institutions in June, just two-and-a-half years after the new Commission took office. The recognition was the culmination of efforts to win public confidence and to establish the institution as a functionally independent Commission. In the end, it was a systemic achievement that wouldn’t have been possible without the 19th Amendment. To remind the public that reform is possible, and that institutions can change, the HRC called a press conference.

“But within a week, the attacks started,” Dr Udagama said. “That was quite unexpected because we had not been attacked in this manner before. There had been some criticism, but criticism is fine. These attacks particularly targeted the Chair as a traitor.”

At the press conference, the HRC was asked what its position was on the Prevention of Terrorism Act (PTA). It is one of the issues on which it is being targeted. “We answered that the Commission, in 2016, recommended to the Government that it (PTA) be done away with and that, as national security was important for a nation, a human rights-friendly national law be drafted,” Dr. Udagama recounted.

The PTA has not achieved its goal of dealing with terrorism, she asserted. Bail conditions were difficult. It facilitated torture. And it permitted 18 months of administrative detention, which meant a detainee need not be produced before a court of law for one-and-half years.

“Obviously, when you are dealing with that sort of uprising or violence, you do need certain extraordinary measures,” the Chair said. “But what we saw with the PTA was just brutalizing of communities; and communities getting more and more extreme and radicalized because of the problems that set in with this.”

“As a Human Rights Commission, we have to take these principled positions because our framework is not nationalist politics or any type of politics,” Dr Udagama emphasized. “It is the framework of human rights law and standards and values.”

“What was problematic were the sort of attacks accusing the Commission, or the Chairperson, in particular, of holding a brief for LTTE interests and working with the Tamil diaspora, with NGOs, to promote LTTE interests,” she said.

“People can interpret a position that we take as that of the Tamil diaspora,” she continued. “That is the way they view it. But from the point of view of the Commission, its opposition to the PTA or its support for the Office of Missing Persons has nothing to do with what the Tamil diaspora does or does not say.”

When the Commission works on torture, people would raise the issue of “Tamil torture or Sinhala torture”. The Human Rights Commission rejects that. “It is irrelevant to us whether it happens in the North or South or East or West,” Dr Udagama said. “We need to deal with the phenomenon of torture.”

Critics are also taking aim at the Commission for its role in vetting service personnel chosen for UN peacekeeping missions. All UN Member States that nominate or provide personnel to serve with the UN must screen and certify that such personnel have not committed, or are alleged to have committed, criminal offences and/or violations of international human rights law and international humanitarian law.

Vetting does not come under the HRC’s mandate, outlined in its parent statute. In 2016, however, the Ministry of Foreign Affairs (MFA) wrote to the Commission and requested it to take on the task.

Vetting was earlier carried out by the UN. But the MFA said Sri Lanka was the first to be invited to do it locally. “The Foreign Ministry’s position was the Human Rights Commission was the obvious choice as it was an independent institution now under the 19th Amendment and had the credibility to take it on,” Dr Udagama said.

“Frankly speaking, it didn’t take us very long before we agreed because we thought it would add value to have an independent Human Rights Commission do the vetting,” she continued. “It would also be a way of encouraging and providing an incentive to the tri-forces and police to have better human rights compliance.”

There have been difficulties. Even the military in a recent statement recognized this but there are efforts to iron those out. A recent roundtable discussion in Colombo with the HRC, tri-forces, police and the MFA went some distance towards addressing the issues which are mainly logistical.

“The point is this,” she asserted. “The vetting has to add credibility to the selection of personnel to be sent. As a country, what would be right is to make the vetting process credible. If the vetting entity is being attacked in this manner and basically told ‘You all are traitors and you deserve to be attacked’, these elements are proving that Sri Lankan domestic mechanisms cannot work.”

These are the very same elements that reject international observers or interlocutors looking into such matters. “What we are saying is there is capacity at the national level which can function very fairly and independently,” Dr Udamaga analyzed. “That’s the strength of a country. What these parties are trying to do is negate that. They are pulling the rug from under their own feet, so to speak.”

“What is very problematic right now is (the position), purely based on conjecture, that so-and-so is LTTE-prone, that so-and-so is going to reject any sort of application of soldiers who took part in the war,” she said. “I mean, that is ridiculous! We are not doing this for ourselves. We are doing this for the United Nations because of an agreement between the Government of Sri Lanka and the United Nations.”

“If the Human Rights Commission of the country is so arbitrary and you write off people on the basis of a mere whim, that’s not going to go down,” she said. “It is going to undermine this Commission. Why would we do that?”

The Commission was now, after the recent roundtable discussion, revisiting the terms of reference–or standard operating procedures (SOPs), as they are called–for the vetting. The objective is to try and accommodate the views of all parties, including the tri-forces and police.

“It will take a few weeks,” she said. “These are the delays we have been accused of. They are procedural, they are logistical delays and we are yet to come out with a verdict as such. All parties must act with a sense of responsibility and maturity, without using this as a political tool to achieve one’s own political agenda and making very irresponsible statements.”

One must also recognize, she concluded, that undermining an independent Commission so vital to public life is absolutely against national interest.