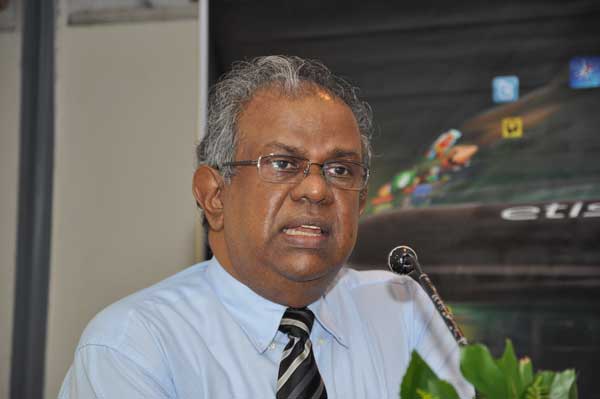 Dear Sir,
I write this note to you as a client and a shareholder of several commercial banks, who are members of your Association, a collective with a proud heritage and high recognition both in Sri Lanka and overseas.
I have been a director of two of the commercial banks, who are members of your Association. I have in addition been closely associated with committees engaged in banking and finance sector reforms and the development of codes of best practice and good governance for the banking sector.

As a client and a shareholder of commercial banks, I have a continuing interest in the public image, stability and growth of such banks, as well as in ensuring that these banks operate strictly in accord with the expected standards of best practice and codes of good governance. I would certainly expect all such banks to strictly abide by their commitment to banking secrecy and contractual agreements with their customers.

The recent news reports of purported violations of the expected standards of best practice and codes of governance, including banking secrecy, by a member or members of your Association, have made me highly disturbed and disappointed. The purported failure to abide by time honoured professional standards of banking and client commitments worries me as a client and a shareholder of banks. It is especially so, in the context of the enhanced risks now attaching to banks and their customers, due to the probability that similar violations could be a reality even in the future, negatively impacting clients , shareholders and other stakeholders of commercial banks.

Your silence and inaction in the face of arrogant, egoistic, foolish steps taken by those in politics and governance, in openly violating the expected best practices of governance, rule of law and natural justice, may lead to you and your Association being impeached by your members, clients, shareholders and stakeholders!

Your members, clients, shareholders and stakeholders have witnessed their property rights being negatively impacted by those in politics and governance, with the passage of the Expropriation Act.

They have now witnessed the flagrant violation of another property right, the right to the secrecy of banking details with licensed banks in Sri Lanka. This reported violation was in connection with the personal banking account details of a customer ( in this case the personal banking account details of the Chief Justice of Sri Lanka) of a licensed commercial bank, believed to be a member or members of your Association. It is reported that in this instance, the relevant information have purportedly been made available by a member or members of your Association directly or indirectly to third parties (in this instance purportedly to 117 members of Parliament who were thus able to originally sign the impeachment motion handed over to the Speaker, based on the details of the banking accounts of the customer of the said licensed commercial bank or banks operating in Sri Lanka).

It is reported that the aforesaid information had been publicly made available by the bank or banks, without the knowledge and authorization of the client concerned and outside the permitted instances for any such information to be made available as provided for in the statute.

If the above presumption be correct, then this purported release of banking information normally subject to secrecy commitments, is a flagrant violation of the rights of the concerned client of the bank or banks. It further violates the strictly upheld principles of banking secrecy and best practices of banking governance.

In the light of the above, I appeal to you and the Sri Lanka Banks’ Association (Guarantee) Ltd. to take immediate steps to publicly notify all Members, Clients, Shareholders and Stakeholders of all banks, who like me have a continuing interest in all such banks strictly abiding by their commitment to banking secrecy and contractual agreements with their customers;

1. Whether a member or members of your Association have in fact released any personal banking account details of the client concerned as reported in the media?

2. If the member or members concerned have released such information directly or indirectly to a third party,

a. Whether the bank or banks concerned had informed the client concerned prior to release of the information?

b. Whether the authorization and agreement of the client concerned for such release had been obtained prior to the release of the information?

c. Under what provisions of the law or client banking agreement conditions were such information released?

d. Did the bank or banks in releasing such information lay down any conditions and obtain any commitments from the persons who received the information?

f. Have the person or persons with whom such information was shared acknowledged receipt of same?

g. Who in the bank or banks concerned actually released the information and on whose authority?

h. Was this exception reported to the Risk Manager, Internal Auditor, General Manager and the Board of Directors of the said bank or banks?

i.Was this exception reported to the Bank Supervision Department of the Central Bank by the bank or banks concerned?

j. Have the Board of the Bank or banks concerned carried out an investigation and taken all such steps so as to prevent any such recurrence in the future?

k. Have the Bank or banks concerned even at this stage formally informed the client concerned of the purported violation?

l.What consequential action has been or will be taken by your Association against the member or members concerned for this flagrant violation of banking standards and good governance practices?

m. What compliance commitments and future assurances of good governance by your members could your Association be able to provide clients, shareholders and stakeholders of banks?

n. Will action be taken by your Association to assure all present and future clients, shareholders, correspondent banks and other stakeholders that necessary controls, compliance processes and codes of ethics and governance will be in place to assure that no similar instances will happen in the future?

I earnestly appeal to you, the Secretary General and the immediate past President of your Association in network with the Ceylon Chamber of Commerce and the National Chamber of Commerce, to address the issues of significant importance to the Banking Industry set out herein above and collective be the oversight assurance platform, ensuring rights of and obligations to clients being strictly upheld and no breaches of confidence will occur in the future.

I trust that you will uphold the interests of the Private Sector, Investors both local and foreign, Correspondent Banks and the country as a whole, by placing the future sustainable interests of the nation and the people of Sri Lanka as one of your Association’s core commitment.