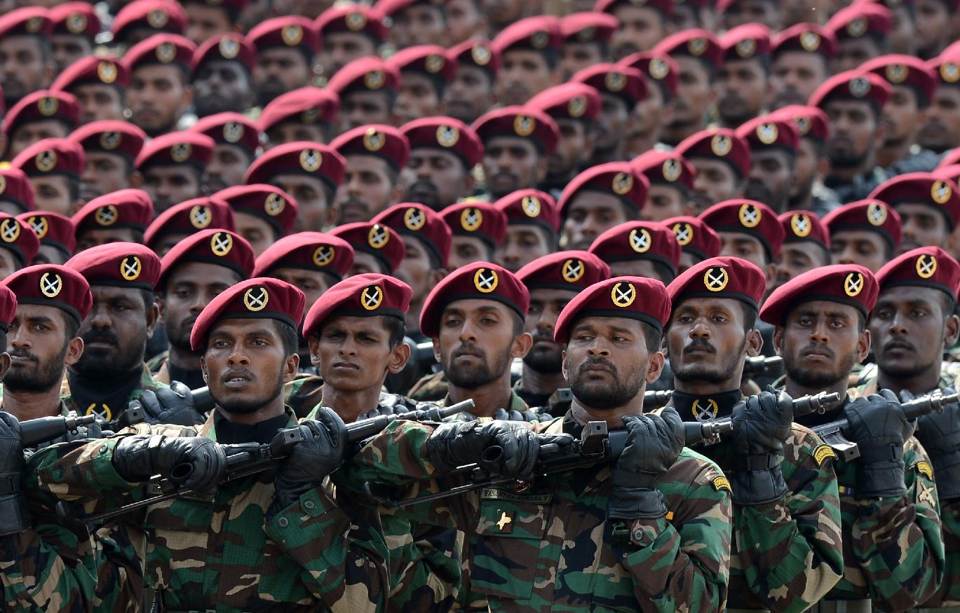 [Sri Lankan commandos march during a Victory Day parade in the southern town of Matara on May 18, 2014 (AFP Photo/Lakruwan Wanniarachchi)]

Sri Lanka raised defence spending to record levels for a second straight year despite pressure to scale down its military after ending decades of ethnic war, official figures showed Friday.

The government allocated 285 billion rupees ($2.22 billion) for the defence ministry in calendar 2015, up 12.25 percent from this year, according to the appropriation bill tabled in parliament Friday.

There was no immediate comment from the government on its record defence spending to maintain a large security force more than five years after President Mahinda Rajapakse’s troops crushed separatist Tamil rebels.

Colombo is under international pressure to reduce its military presence in the island’s former war zones and take troops away from civilian duties.

However, official sources said a three-year spending plan of the government envisaged even more increases in national security spending to over 370 billion rupees ($2.89 billion) by 2017.

Security forces in May 2009 declared an end to 37 years of ethnic war which had claimed at least 100,000 lives, according to UN estimates.

Defence spending accounts for 16.6 percent of the government’s projected revenue for 2015, according to official figures.

Sri Lanka’s economy recorded more than eight percent growth in the first two full years after the end of the fighting, but is expected to grow at a slightly slower 7.8 percent this year.

Rajapakse, who holds both the finance and defence portfolios, is due to unveil the full 2015 budget in November, when he is expected to announce revenue proposals to meet state expenses.
AFP