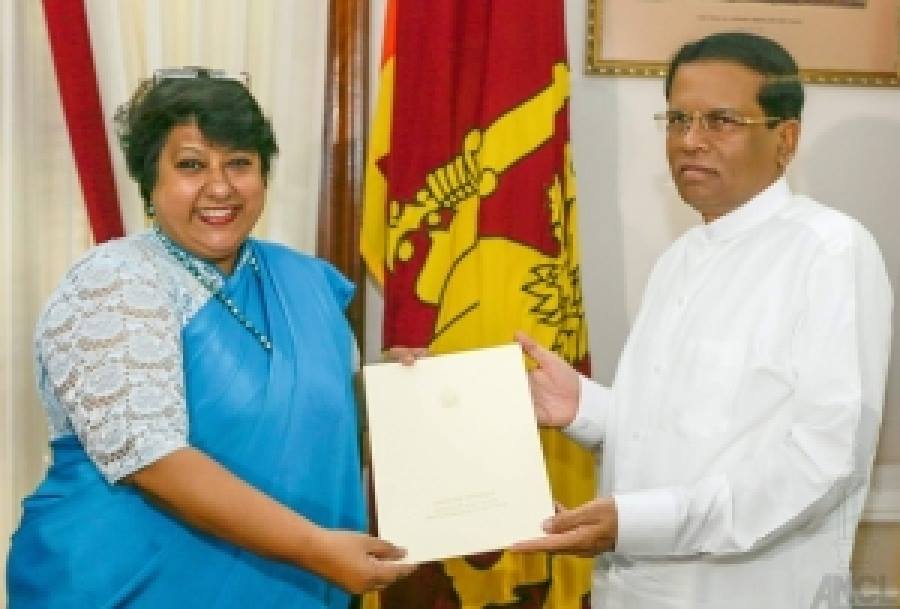 The President and Prime Minister will return home this week from India and Belgium, respectively, to pick up the political pieces after Maithripala Sirisena’s controversial remarks that deepened a split in the uneasy unity government.

Our Political Correspondent takes a look at options for the two leaders and possible outcomes for Sri Lanka as it grapples with an economic crisis and faces international scrutiny of its pledges to war crimes accountability.

1) Bow to the latest demands of civil society activists who brought him to power. Sack the head of military intelligence Tuan Suresh Sallay and Justice Minister Wijayadasa Rajapaksha identified by civil society groups as villains of the unity regime. This will help the President to win back some public goodwill. Sacking Sally may go down well with the UNP government too, but any action against minister Rajapaksha may not be popular with Prime Minister Ranil Wickremesinghe.

3) Maintain the status quo by taking no action against the FCID, CID or the Law and Order ministry. This could strengthen the assertion of the Rajapaksa-faction of the Sri Lanka Freedom Party (SLFP) that he is weak.

1) Address internal issues of FCID and the CID and carry out a shake:up of senior police appointments. Having scapegoats to blame will help the Prime Minister mend fences with the President, but it is unlikely to bring about a qualitative difference.

2). Appoint a bipartisan ministerial committee to address the issues raised by the President and Wickremesinghe’s own concerns about the pace of investigations. It will be a trademark Ranil tactic to buy time and side-step the issue.

3). Call for a dissolution of parliament and hope that a fresh election will give him an absolute majority in the 225-member parliament where he is short of six seats to cross the 113 halfway point.

Best Case: The President and the Prime Minister agree to face-saving cosmetic changes at the FCID and the CID and make a public statement applauding the work of the independent bribery commission and deploy more investigators and lawyers to speed up its work. Civil society groups rally behind the move and President Sirisena’s October 12 remarks are forgiven as an aberration. All’s well that ends well.

Worst case: President Sirisena exercises executive powers to take over the Law and Order ministry even though the 19th amendment is not crystal clear if he has the power to do it without the “advice” of the Prime Minister. Nevertheless, he will go ahead under paragraph 40 (3) of the 19th amendment which says:

“The President may at any time change the assignment of subjects and functions and the composition of the Cabinet of Ministers. Such changes shall not affect the continuity of the Cabinet of Ministers and the continuity of its responsibility to Parliament.” He will not sack current incumbent Sagala Ratnayake, but can re-assign the functions of the ministry such as police functions which can be transferred to the defence ministry leaving only the management of police buildings to the minister.

Nightmare scenario: President Sirisena argues his mandate pre-dates the 19th amendment to the constitution and therefore he has the power to dismiss the Prime Minister. Brings his new ally, former defence secretary Gotabhaya Rajapaksa to parliament as a national list MP and forms an SLFP-led government with the support of Rajapaksa loyalists.

The country will face a constitutional crisis over the interpretation of the applicability of the 19th amendment Courts which still have a large number of Rajapaksa-appointed judges who will hold with Sirisena and ensure an SLFP government pushing the UNP to the opposition. Sri Lanka reneges on pledges to the international community on accountability, democracy and human rights. Sri Lanka will join the Maldives in condemning international concerns over human rights.

Likely medium term scenario: Neither the President nor the Prime Minister will escalate the situation and the country will head for a period of instability brought on by the dual-leadership. The administration will be split on the lines of those supporting the president and others with the UNP.

More contentious issues such as constitutional reform and politically sensitive reconciliation efforts will be on the back burner. International goodwill will slowly erode and history will repeat itself. There will be no progress towards a political settlement to the country’s ethnic problem and the economy will remain sluggish.

Sri Lanka’s simmering political crisis worsened on Monday as the head of the bribery commission resigned in protest over the controversial remarks of President Maithripala Sirisena questioning her integrity.

Dilrukshi Dias Wickramasinghe tendered her resignation to Sirisena who had appointed her last year after the Commission to Investigate Allegations of Bribery or Corruption (CIABOC) was re-established as a fully independent body.

“She sent her letter of resignation to the president today,” CIABOC Commissioner Neville Guruge told reporters.

There was no immediate comment from the President or his office, but sources close to Director-General Wickramasinghe said she was quitting protesting President Sirisena’s remarks on Wednesday questioning her integrity.

While CIABOC’s independence is guaranteed by the 19th amendment to the constitution, the FCID and the CID are controlled by the police, which comes under Law and Order Minister Sagala Ratnayake, a loyalist of the Premier.

Sirisena’s apparent U-turn on corruption and investigations into high profile cases has stunned even his senior aides who said he had not consulted any of them before making the remarks on Wednesday at the Sri Lanka Foundation.

He publicly condemned the CIABOC and Wickramasinghe for last month’s prosecution of three retired admirals and the former defence secretary Gotabhaya Rajapaksa.

Sirisena said he condemned the prosecution with “disgust”. All four were given bail, although legal experts noted that it was highly unusual to release them on bail.

The quartet was accused of defrauding the state of Rs11,400 million. Any loss of over Rs25,000 usually attracts a mandatory remand period of at least two weeks.

Sirisena said military commanders who led the successful campaign to crush separatist Tamil Tiger rebels in 2009 should not be humiliated by bringing them to court.

Wickramasinghe, a senior prosecutor from the state Attorney General’s department, has launched several high profile investigations against members of the former regime, as well as those of the Rajapaksa family.

Sirisena’s outburst came days after Namal Rajapaksa, the son of the former leader, filed a petition in court saying that prosecutions against him were politically motivated, a claim now confirmed by President Sirisena.

The President’s remarks signalled a rift between him and the national unity government led by Prime Minister Ranil Wickremesinghe, which oversees the FCID and the CID.

The two men are from rival parties, but made a common cause to topple former strongman Rajapaksa, whose entire family and closest associates face allegations of corruption as well as murder.