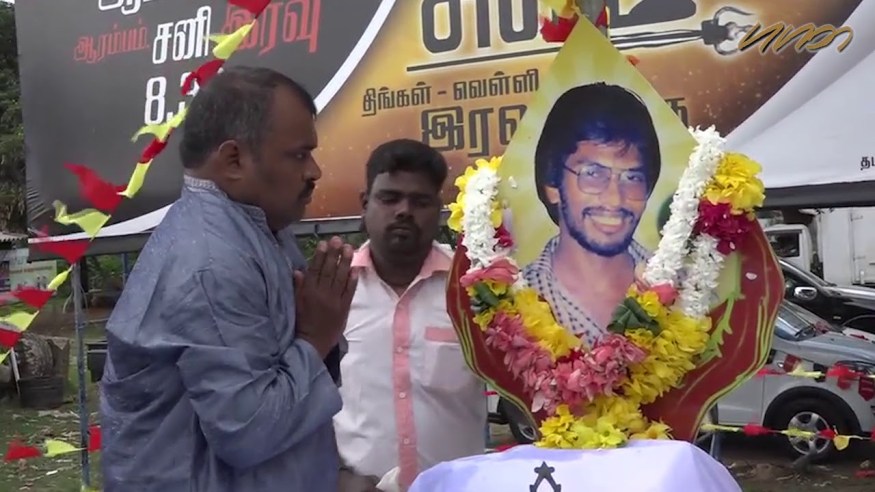 Extremist ethno-politics is raising its head once again in Sri Lanka, both in the Tamil-dominated Northern Province and in the Sinhalese-dominated South, pushing the island nation towards a political stalemate once again. With the conflict getting surcharged with emotion, irrational action could follow with far reaching consequences, writes P.K.Balachandran in South Asian Monitor.

In the North, radical Tamil nationalism is coming to the fore for the first time since the end of the war between the Sri Lankan State and the Tamil militants in May 2009. This is because the Tamil National Alliance’s policy of accommodation and cooperation with the Sinhalese Establishment in Colombo has not yielded results.

Long standing political, economic and humanitarian demands of the Tamils have remained unmet even though the Tamils greatly helped the Sirisena-Wickremesinghe-led National Front for Good Governance (NFGG) come to power in the January 8 2015 Presidential election. And though they voted for the Tamil National Alliance (TNA) in the August 2015 parliamentary elections, the idea was to sustain the NFGG in power by supporting it in parliament.

Yes, a lot of land seized by the armed forces during the 30 year was returned to the Tamil civilians and peace reigns in the North. But little has been done to generate employment for the youth of the North and stimulate agriculture, trade and industry.

Human rights issues which torment the Tamils such as war crimes, abductions, detentions without trial, remain unsettled. The Sirisena-Wickremesinghe government has not fulfilled its promise to set up a Sri Lankan-led Judicial Mechanism to investigate and try war crimes cases. It has not set up a Truth and Reconciliation Commission. It has only recently announced the setting up of an Office of Missing Persons and is yet to repeal the draconian Prevention of Terrorism Act and draft an anti-terror law which is line with international norms.

Above all, there is no sign of a political solution based on a federal model which the Tamils have been seeking since the birth of the nation in 1948. The Tamils voted for the UNFGG for a just political solution based on devolution power as the UFGG said that it would give the country a new more democratic constitution in which issues of ethnic reconciliation will be addressed.

The various views expressed by parties, groups and individuals stated in the Interim Report are too well known to bear repetition. Therefore, for the Tamils, the Interim Report has not been a step forward in the process of finding a political solution to the ethnic question.

The all-round and manifest failure of the Sirisena-Wickremsinghe regime to fulfill its promises to the Tamils has led to the revival of memories of the past struggles for justice and rights.

It all began with the “Eluga Tamil” public rallies all over the Tamil-speaking North and East Sri Lanka. These rallies were reminiscent of the “Pongu Tamil” rallies organized by the Liberation Tigers of Tamil Eelam (LTTE) to garner public support for its fight for an independent “Tamil Eelam.”

The Tamils also began to commemorate the massacre at Mulliwakkal in the last stages of the war in which 10,000 to 40,000 were killed. While Eluga Tamil was confined to a political outfit led by the Northern Province Chief Minister C.V.Wigneswaran, Mulliwaikkal commemorations were done by all Tamil political parties.

In September, every Tamil political party commemorated the anniversary of Tamil militant Thileepan’s Fast Unto Death in 1987. Thileepaan wanted the Sri Lankan army to quit the North, a stop put to the opening of police stations with Sinhalese staff, and the stopping of Sinhalese colonization in Tamil areas.

Though present-day Tamil demands are different from Thileepan’s, the commemoration of Thileepan’s fast might be signaling the possibility of the Tamils raising more radical demands in the coming months and years, if their long standing demands, which have the sanction of the international community, are not met soon.

A more disturbing factor is that the revival of the Thileepan cult could reflect nostalgia for the armed struggle waged by the LTTE led by the iconic Velupillai Prabhakaran.

Even as disillusionment with the Sinhalese leadership of Sri Lanka is spreading in the North among the Tamils, radical Sinhalese forces in the South are further fuelling discontent in the North by their actions.

There are strong and influential voices in the South expressing total opposition to any more accommodation with the Tamils than what is prevailing now under the existing constitution.

Sri Lanka’s leading Buddhist monks belonging to the Buddha Sasana Karya Sadhaka Mandalayala (BSKSM), said last week that the Interim Report of the Steering Committee drafting a new constitution for Sri Lanka has, within it, the seeds of separatism.

There could be secession if powers over land and police were given to the Tamil minority dominated Northern Province, they warned.

“The whole exercise (of drafting a new constitution) is a plan to pursue the needs of separatists,” the monks alleged.

Devolution of Powers Over Land and Police

The monks expressed their “deepest disappointment” that the 13 th.Amendment (13A), enacted in 1987 as a follow up of the India-Sri Lanka Accord, has been retained.

The monks said that the abolition of the “Concurrent List” of subjects, on which both the Center and the Provinces can legislate, is meant to serve the “separatists’ agenda.”

The fact that the sub-committee on Center-Periphery relations was headed by a Tamil National Alliance member shows that the government is going to act as per the demands of the “separatists” the monks alleged. The TNA has been voicing the Tamils’ demand for a federal constitution with autonomy for a united Tamil speaking North-East Province.

Even as the monks issued a statement against federalism, Sri Lankan President Sirisena said in Amparai on Friday that he will not allow anyone to draft a constitution which will harm the “unitary” status of the country. The Interim Report of the Steering Committee does not in any way project the concept of a federal state, he said.

He assured the monks that he will not leave any room to change the existing provision to give the “foremost place” to Buddhism.

Therefore, the NFGG regime’s promise to re-write the constitution to meet the reasonable demands of the Tamils is nowhere near being fulfilled.