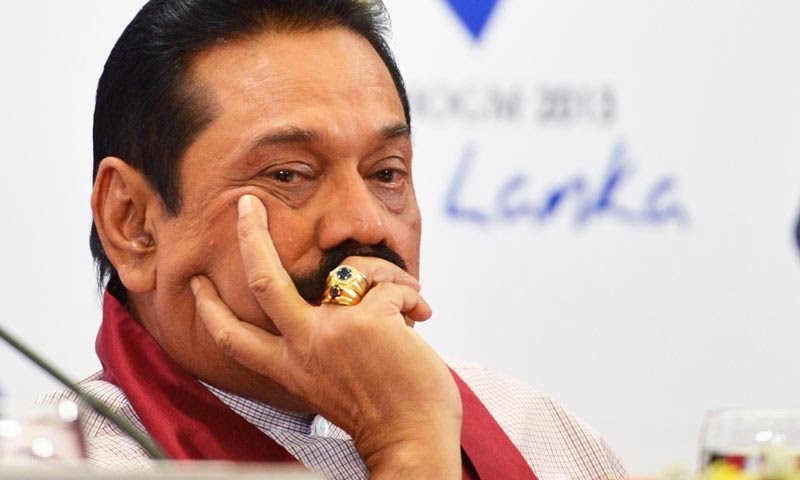 This article is an assessment of the impact of elections in two provinces on 29 March, two days after the government’s defeat at the UNHRC in Geneva.
President Mahinda Rajapakse’s United People’s Freedom Alliance (UPFA) won both the Western Provincial Council (WPC) and the Southern Provincial Council (SPC) by what would normally seem comfortable margins, securing 53% and 58%, respectively, of the popular vote. At first glance it may look alright, but it’s the trend not the final numbers that matter. In 2009 these numbers were 65% and 68%.
A 10% slippage in the South, the President’s heartland, was unexpected. More serious is that for international (UNHRC) and local (economy and corruption like India) reasons the government is entering a period of difficulty. The UPFA’s share of the vote in Colombo District fell below half (45%), though still larger than any other single party, and it lost all but one of the individual electorates within the City. If there is one more setback of this magnitude within the next 12 to 24 months President and UPFA will have to pack their bags. Colombo does have a special role as a place from which trends and ideas spread to other urban areas. It is not illegitimate to ask if the writing is on the wall for the Rajapakse Regime, but it is premature to assert that the answer is known with certainty since trends can reverse.
This piece is not for researchers who themselves plan to go to the raw data or for those who want a broad-brush political assessment and not lots of numbers. It is for Indian analysts, who can benefit from processed data, aggregating major trends, and which makes its political assumptions transparent. These are separable; it is possible to make different political assumptions but still use the data.

There are three crucial criteria; (a) how much did the UPFA vote slip, (b) what was the trade off between the United National Party (UNP), traditional liberal-capitalist party, and the Democratic Party (DP), party of the ‘war-hero’ General Sarath Fonseka and, (c) how did the left-wing People’s Liberation Front (JVP) fare?

The government hoped to whip up post-Geneva xenophobic frenzy and win the PC elections by a landslide in preparation for later Presidential and Parliamentary polls. Did it succeed? No; it failed to mobilise its base which remained apathetic to Rajapakse’s fortunes. The regime’s support base seems to have had misgivings about whether the defeat was caused by “evil imperialists” or by government bungling. The opposition has been tirelessly campaigning that Lanka lost the vote for the latter reason.
The percentage of votes obtained by parties that obtained at least one provincial council seat in 2014/2009 is as follows. SLMC is the Sri Lanka Muslim Congress; Mano Ganesan is a popular Colombo based politician of Upcountry Tamil origin, his electoral alliance is called the Democratic Peoples Front (DPF). The symbol # means the party did not exist in 2009.
Western Province:
UPFA: Vote 53%/65% – Seats 56/68
UNP: Vote 26%/30% – Seats 28/30
DP (Sarath Fonseka): Vote 9%/# – Seats 9/0
JVP:  Vote 6%/2.4% – Seats 6/3
SLMC: Vote 1.9%/2.1% – Seats 2/2
Mano Ganesan: Vote 2%/0.5% – Seats 2/1
All Ceylon Makkal Congress: Votes 0.6%/# – Seats 1/0
The Southern Province results are more remarkable because of the unexpected 10% decline in government support in its strongest province. This is more significant than the 12% decline in the WPC.
UPFA: Vote 58%/68% – Seats 38/33
UNP: Vote 26%/25% – Seats 14/14
JVP: Vote 9.1%/6% – Seats 5/1
DP (Sarath Fonseka): Vote 6.3%/# – Seats 3/0
We have to take careful note of the big winners, draw conclusions and consider what trends seem likely. General Fonseka’s DP came out of nowhere and polled 204,000 votes (9%) in the WPC; it did less well in the South, 76,000 votes (6.3%). The JVP polled as many votes in total as the DP; rising from 56,000 (2.4%) in 2009 to 156,000 (6%) in 2014 in the WPC and in the South rising from 72,000 votes (6%) to 109,000 (9.1%) this time. Fonseka’s party’s combined vote in the two provinces was 280, 000 and the JVP’s a comparable 265,000. These are startling if you consider this covers only two of the country’s nine provinces. The total number of valid all-island votes in the 2010 parliamentary elections was 80 lakhs and it would be significant if these two parties between them poll 15 lakhs next time.
In summary the important features are: (a) the UPFA vote in the WP declined by 12% and, remarkably by 10% in the SP; (b) the UNP, the historical party of liberal-capitalism has been able to hold off a challenge from the personally dicey and allegedly chauvinist Sarath Fonseka, and (c) the JVP vote share rose substantially. This last trend is crucial because it could demoralise the UPFA, energise the JVP, and knock common sense into Fonseka’s DP. An allied significant question is where did Sarath Fonseka’s 6 to 8% vote come from? Obviously, half came from the UPFA and the other half from the UNP.
As said before, the JVP vote in absolute numbers rose; conversely the UPFA vote declined in absolute numbers from 1.5 million (2009) to 1.4 million (2014) in the WPC and from 804,000 (2009) to a remarkably low 699, 000 (2014) in the SPC. The UNP vote, in absolute numbers, remained roughly unchanged in the WPC and rose by a small amount in the SPC. The benefit of a decline in UPFA vote went to several parties including the first time DP.
Now I am going to venture a few predictions. Fonseka’s space for gaining many more votes is restricted; he does not have an all island base like the UPFA, UNP and JVP. Secondly his luck was to pull support, in about equal measure, from the UPFA and UNP; this he achieved in the ultra-Sinhalese petty bourgeois electorates surrounding Colombo (Kaduwela, Maharagama, Kesbewa, Homagama, Mortuwa, Kolonnawa and Kotte) but it will be difficult to repeat on a large scale in other provinces (Central, North Central, North Western and Uva; and out of the question in the North and East). Sabaragamuwa Province may be the sole exception where Fonseka makes an impact. Hence I reckon the DP will not secure much more than half-a-million votes, all-island, if it goes it alone, in the next parliamentary elections.
From the spring in the step of its cadres and the bright responses I see all around, the JVP, unless it does something silly in the coming months, can set its sights on polling a million votes and securing 20 seats in the next parliament. It should aim high, there will be public response. There is time enough for a public discussion of strategies and programmes; I hope the JVP develops its next programme through a process of public consultation and discussion. The Single-Issue Presidential challenge will have to be meshed into strategy as an indispensable first step to abolish the Executive Presidency at the outset.
Mano Ganesan has shown remarkable advance from 12,000 in 2009 to 51,000 this time in the WPC and should aim at holding his gains. The SLMC vote declined from 6500 in 2009 to 1400 in 2014 in the SPC (serves the crooked opportunists right for such shameless betrayals the Muslim people). Its vote remained unchanged in the Western Province.
The writing on the wall seems clear; is this is the first crack in the dam? The Rajapakse goose may be cooked and the opposition has hopes of expediting its departure.