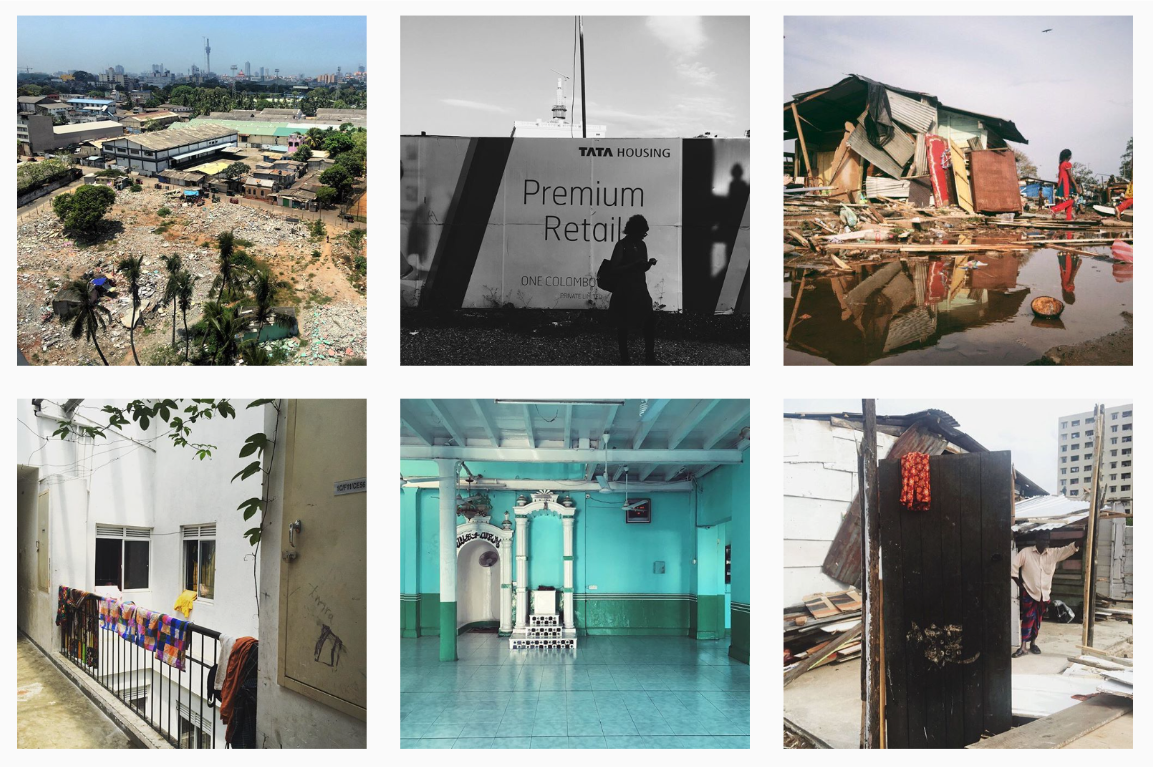 Image from the cover page of the report.

The previous government’s Urban Regeneration Programme (URP), which is being continued by the present Government, aims to beautify the city and create a slum-free capital has, resulted in large scale eviction and relocation of working class poor away from the city center, says a report by Centre for Policy Alternatives (CPA).

The report says that the  rushed  evictions  under  the  previous  regime  paid  scant  regard  to  the  rights  of  affected persons  and  to  the  practical  impact  of  evictions  on  their  lives  including  lack  of  access  to services, loss of shared community, increase in physical and material vulnerability, disruption of education and loss or reduction in livelihood options.

There is no official data available on evictions from 2010 – end 2014. But according to  the Urban Development Authority (UDA)   website states that  approximately  5000  persons  have  been  relocated  to  date.

“The  lack  of  transparency  and  accountability  is  an  overriding  concern.  The  difficulties  of obtaining  information  and  in  the  language  of  the  person  affected  and  misinformation  in attempts  to  prejudice  the  rights  and  interest  of  the  affected  family,  continue  to  be  the  main areas  of  dispute  with  the  Urban  Development  Authority.  On  the  substantive  questions involved there is a clear lack of state policy that accounts for and seeks to serve the interests of those affected. The lack of such policies compound problems arising out of a state- centric understanding of eminent domain, an expanding ‘public purpose’ in state acquisitions of land and  the  entrenched  vulnerabilities  of  affected  persons. ”

Report provides set of recommendations to address the issues outlined in the 38 page report.

Recommendations
In the immediate term:
1.  Initiate  a  thorough  review  of  the  Urban  Regeneration  Project  to  ensure  that  communities are  substantially  better  off  in  all  respects  and  attain  higher  living  standards  rather  than  just acquire newly built apartments in high-rises. The procedures to achieve these objectives must be  aligned  with  national  and  international standards  and  policies  to  safeguard  the  rights  of those affected.
2. Make public all the documents and information related to the Urban Regeneration Project in Colombo, especially all aspects pertaining to:
–  Acquisition  of  lands  and  resettlement  including  results  of  surveys,  sites  identified  for redevelopment,  demarcations  of  private  and  state  land,  as  well  as  scheduling  of  proposed acquisition and relocation
–  Agreements  with  private  developers  from  Sri  Lanka  and  abroad  to  build  resettlement housing or to develop lands taken from communities.
3. Take immediate measures to redress grievances of specific affected communities, in
particular:
–   Ensure   that   Mews   Street   residents   who   were   forcibly   evicted   in   2010   are   given compensation  for  their  previous  home  and  the  grievances  caused  in  the  6  years  following their eviction.
–  Provide  written  guarantees  for  grant  of  in-situ  housing  to  all  Kompannyaveediya  (Slave Island) residents whose lands have been taken for the TATA Project; and to those who chose compensation instead of in-situ housing, ensure immediate payment of the same at fair and accurate market rates.
–  Together  with  the  Education  Ministry,  resolve  the  school  admission  issue  faced  by  many residents living in the high-rise, where they are unable to get adequate marks for the school of their choice due to their new location.

For the longer term
1.The  Policy  Principles  of  the  National  Involuntary  Resettlement  Policy  must  be  reviewed, brought  up  to  date  with  national  and  international  standards  and  be  enshrined  in  law  and made applicable to all future instances of land acquisitions involving relocation.
2.  Explore  all  possible  options  with  regard  to  housing  of  low-income  communities,  including and  especially  in-situ  redevelopment  and  upgrading,  to  eliminate  and  minimise  involuntary resettlement.
3. Enshrine in law the best principles of the National Housing Policy and adopt a consultative, participatory and bottom–up process for providing housing for the urban poor. The NHP calls for  “families  who  are  able  to  build  their  own  houses  to  be  directly  assisted  by  way  of regularizing  the  land,  providing  basis  (sic)  amenities  and  releasing  housing  assistance  on concessionary  interest  rates  with  necessary  technical  guidance.”  It  also  specifically  calls  for “[s]trengthening  community  based  organizations  to  promote  community  participation  in housing development and guiding poor communities on decision making processes.

Read the full report as a PDF:Evictions in depth report cover – The-Making-of-a-World-Class-City_Final”