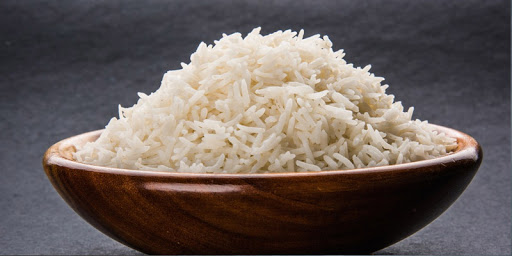 Image: Production of rice will suffer a huge blow and its profitability will be reduced by 33 percent.

The Sri Lanka Agricultural Economics Association (SAEA) has expressed some concerns on the appropriateness of the newly introduced regulation to restrict forthwith the import of chemical fertilizers and pesticides by the Gazette Extraordinary No 2226/48 of May 6, 2021, to achieve the broader development goal.

In a letter to President Gotabaya Rajapaksa, the SAEA, the professional body representing the Agricultural Economists of Sri Lanka, has predicted massive economic losses due to potential yield losses in the absence of proper substitutes for chemical fertilizers and pesticides with the implementation on the import ban on fertilizers and pesticides.

“The immediate adverse impacts on food security, farm incomes, foreign exchange earnings and rural poverty can be detrimental to achieving the cherished long-term goals”, it warned.

“Agronomic studies reveal that the average yields from paddy can drop by 25% if chemical fertilizers are fully replaced by organic fertilizers. This loss in productivity could reduce the profitability of paddy farming by 33% and rice consumption by 27% if paddy is cultivated just with organic fertilizers with a complete ban on rice imports.”

“Our membership endorses the government’s decision to adopt a Green Socio-Economic Model for development as we firmly believe that such a strategy would be critical to conserving the environment and improving human health. We agree that green approaches in crop cultivation contribute significantly towards achieving Sustainable Development Goals (SDGs)”, the professional organization noted in its letter to the President.

Moreover, SAEA is of the view that most of the current farming systems in Sri Lanka are unsustainable. Hence, the conversion of them into organic farming systems in the long run, would help promote health of the people and nurture integrity of the nation’s environment. It is well known that many countries currently take systematic and pragmatic approaches to achieve this long-term objective by first setting targets, standards, and subsequently, investing and promoting farmers to adopt best practices, it further said.

“Therefore, we would like to extend our appreciation to the government for taking such a valuable decision to adopt the green socio-economic model in Sri Lanka”.

Outlining its primary concerns and the less costly policy alternatives proposed by its members in place of the newly introduced import ban for the President’s consideration, the SAEA was of the view that the policy instrument identified by the government to promote organic farming is less appropriate due to potential economic losses and its incompatibility with other policy goals of the government.

Absence of chemical fertilizer would drastically reduce the productivity of the Vegetatively Propagated Tea (VPT). With a 35% productivity drop, the export volume of tea would go down from 279 to 181 million kg, causing an income loss of LKR 84 billion.

Continuing, the professional body of Agricultural Economists, further opined: “When converting from conventional agriculture into organic farming, the government should weigh the technological, environmental and economic costs and benefits. The preliminary findings of the studies conducted by the SAEA on potential economic losses of the import ban and respective estimations are as follows:

(b) Absence of chemical fertilizer would drastically reduce the productivity of the Vegetatively Propagated Tea (VPT). With a 35% productivity drop, the export volume of tea would go down from 279 to 181 million kg, causing an income loss of LKR 84 billion. The estate sector will likely incur significant losses compared to those of tea smallholders. These losses could further be aggravated due to increased cost of labour to apply bulky organic fertilizers.

The coconut yields would go down by 30% if chemical fertilizers and pesticides are not applied. This situation will adversely impact fresh coconuts availability for the production of coconut oil, desiccated coconut and other coconut products.

(c) The coconut yields would go down by 30% if chemical fertilizers and pesticides are not applied. This situation will adversely impact fresh coconuts availability for the production of coconut oil, desiccated coconut and other coconut products. The loss in foreign exchange earnings can be as high as Rs. 18 billion, based on the assumption that only 26% of the total coconut extent is fertilized. When the additional cost for the importation of edible oils is considered, the loss of foreign exchange earnings will be even higher.

(d) The above results were derived considering the immediate effects on three agricultural sub-sectors. An analysis performed accommodating adjustments in the economy over the medium to long run reveals that a reduction in average agricultural productivity by 20% could cause a decrease in Gross Domestic Product (GDP) by 3.05% suggesting an overall contraction of the economy with the implementation of the import ban.

(a) Modernization of agriculture

(International export business through various value-added products backed up by new technologies): The SAEA would like to propose that the government considers Sustainable Intensification of farming systems to feed the growing population with rising incomes, seeking safe and nutritious food, which are produced in environmentally sustainable farming systems, rather than converting all systems to fully organic agriculture, as its policy objective.

(b) Food self-sufficiency drive (Make the country self-sufficient in the relevant products): Estimates reported in section A (a) indicate that a food deficit would be created in the country owing to yield losses. However, the current government policy on food self-sufficiency would not allow the policymakers to fill this deficit through imports. Such a situation could give rise to food price inflation, unrest, and starvation.

(c) Freedom (People-Centric Economic Development): The chosen policy instrument does not provide flexibility to farmers to determine their least-cost food production methods without harming the environment. This situation would violate the ‘people’s freedom’ policy of the government.

(d) Rural-urban migration (Linking the village development together with the regional development): Contraction of the rural economy due to reduced farm profitability will lead to increased migration from rural to urban areas. With limited capacity of the manufacturing sector to absorb migrants, this will result in urban congestion.

(e) Commitments with the WTO and other international relations (Friendly, Non-aligned, Foreign Policy): The policy instrument chosen is not compatible with commitments to the WTO.

In light of the above observations, members of SAEA suggest the government use more cost-effective instruments to achieve the stated health and environmental outcomes in place of the newly introduced import regulation.

Globally, the approach to environmental protection has been evolving from a regulation-driven approach to a more proactive approach involving voluntary and market-led initiatives. Accordingly, we wish to propose the following three-point policy package.

Reduce and eventually eliminate the subsidy on chemical fertilizers. In phasing out the fertilizer subsidy, we wish to recommend the following steps:

* Prioritize subsidies according to characteristics such as fertilizer type, agro-ecological region, season and crop.

* For the targeted farmers, establish a voucher system that restricts farmers’ access to a lifeline amount [such as two bags] and require them to purchase the balance at market prices for a limited period.

* When the subsidy is lowered, introduce an output price support program to support the farm producers partially.

* Reduce and eventually eliminate protection provided to crops that are highly fertilizer intensive and erosive.

* Strengthen existing measures to improve awareness of the safe use of chemical fertilizers and pesticides.

Cross-cutting proposals to safeguard the poor and vulnerable and improve the policy process: Maintain a safety net for the poor recognizing the possible increase in food prices.

* Identify a harmonized financing mechanism. For example, finances of saved fertilizer subsidy and environmental taxes can be used to subsidize organic fertilizer production and application.

Considering the economic loss, policy inconsistency, and counter-productive effects created by the regulation in the manner introduced and the availability of relatively superior alternative measures, the SAEA seeks to substitute the import ban on chemical fertilizers and pesticides with the set of alternative measures proposed above. The SAEA extends its professional support to establish a green-economic model for the agriculture sector of Sri Lanka.

The letter signed by Dr. Sampath Dharmadasa, President/SAEA and Dr. Shashika Rathnayaka, Secretary, has been copied to the Prime Minister, Ministers of Agriculture and Plantations, among others.