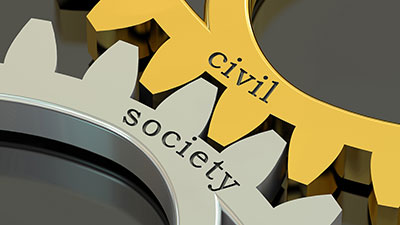 In an e mail interview with the Daily Mirror Director General and Registrar of the National Secretariat for Non-governmental Organizations Raja Goonaratne has spelt out moves for the introduction of a new law to monitor the operations of NGOs and INGOs in Sri Lanka.

Excerpts from the published interview:

What are the lacunas in the present legal system to deal with those organizations?

Let me first explain the current legal system governing NGOs. In fact, before 1980, there was no single legislation for this purpose and NGOs were formed under multiple laws i.e. Societies Ordinance (1891), Companies Act (1938) etc.

“For example, current laws do not address the issues of accountability and transparency of NGO activities, fair apportionment and equitable distribution of project funds, auditing, and appeal mechanism for beneficiaries and NGOs.”

In 1980, the Government enacted the Voluntary Social Services Organizations (Registration & Supervision) Act No. 31 (VSSO Act). The main objective of this Act was to introduce a system of registration and supervision of activities of NGOs Initially, Social Services Department enforced this law. In 1996, National Secretariat for Non-governmental Organizations was established for the purpose of implementation of VSSO Act in full.

The VSSO Act has only 18 provisions and it is wholly inadequate to deal with the current complex scenarios that would crop up in connection with multiple activities and enormous amount of donor funds that is channeled to NGO activities. We have identified more than 15 crucial areas where we need to introduce new laws. For example, current laws do not address the issues of accountability and transparency of NGO activities, fair apportionment and equitable distribution of project funds, auditing, and appeal mechanism for beneficiaries and NGOs. Also, there are no provisions to ensure job-security of NGO sector employees and hassle free visa recommendation system for foreign expatriates etc.

In addition to above law, NPO-NGO type of organizations can be formed under “other laws” as well, i.e., Trust Ordinance, Inland Revenue Act No. 38 of 2000 and Companies Act No 07 of 2007. Also, members of parliament form NGOs via private member Bills. Also, it is seen that ministries too register NGOs. Although National NGO Secretariat is the sole state agency which has power to supervise and monitor INGSo/NGOs under VSSO Act, the above mentioned “other laws” do not empower the Secretariat as monitoring body of those NGOs. As a result a huge number of NGOs and NPOs operate without any monitoring or supervision in Sri Lanka.

In the recent past, several attempts have been made to amend VSSO Act;

(c) The idea of amending the NGOs laws was mooted again in 2019, when the National NGO Secretariat was brought under the Ministry of Defense by Gazette Notification No 2153/12 dated 10.12.2019.

When it comes to regulation of NGOs/INGOs, basically, there are three types; i.e. self regulation, peer regulation and state regulation. Researchers have observed that the literature on the efficacy of peer regulation is scant (Crack, A.M. 2016).

It should be noted here that it is imperative to consult all necessary stakeholders before reviewing any existing laws, because the role of laws is to harmonize the conflicting interests that would exist among multiple groups. So, firstly, we published an open notice in our websites calling for suggestions on law review. Several organizations and individuals have sent us written comments while others gave their views verbally. Secondly, a Sub-committee consisting of researchers, academics, legal experts, sociologist etc. was appointed for that purpose and the committee held several successful sessions.

Q How do you intend to administer or govern the NGO and INGO activities in Sri Lanka under the proposed law?

Of course, our management and regulatory mechanism is based on well defined policies and principles. So, we will provide all facilities, space and time for INGOs/NGOs to carry out their activities without any fear or favor provided that they comply with the laws of the land and regulatory mechanism established under National NGO Secretariat. The provisions will be made in the new legislation to ensure consultation, consensus, openness, transparency and accountability in all activities. New windows will be made available to INGOs/NGOs to bring their grievances to the notice of regulatory authorities and specific time period will be declared to fix their issues through consultative and reconciliatory approach. The principles of natural justice and the established procedures will be followed in all investigational matters.

Q There are reports about the INGOs and NGOs operating in a manner detrimental to the national interests of the country. What are those activities and how serous is the problem?

Well, I was summoned by the Commission established to inquire into the Easter Sunday bomb attacks to give evidence on those matters. Investigations are ongoing in connection with some of those organizations and the extent of their involvement is yet to reveal.