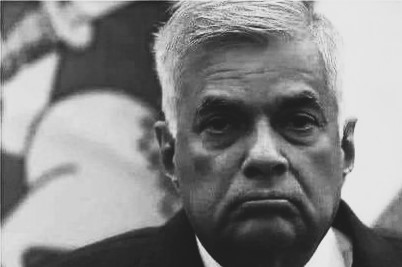 Image: President Wickremasinghe has  labelled protestors as fascists in a public address.

The Government is considering the proscription of any groups, organisations or political parties that engage in acts of violence, use of undemocratic methods of trying to seize power or take control of state buildings, a senior government official has told Sunday Times.

The move is being “seriously considered” following warnings that certain groups are planning to gather in Colombo on August 9 for another round of anti-government protests says the news report.

Attempts to seize and occupy government buildings or administrative centres and cause damage to public property could be viewed as “terrorist activities”, the official has said which implies  that Govt will use draconian PTA against the protestors.

The Ministry of Public Security, led by the person who publicly admitted giving huge amount of money to LTTE,  has sought legal advice on the possibility of proscribing any organisation or political party that aids or abets such activities.

The report says that although  the stringent moves being contemplated, however, would not impact on peaceful protests.

Currently, a state of emergency which gives wide powers to the police and security forces is effective until August 18, after being approved by Parliament this week for a month-long period.

The moves came as law enforcement authorities stepped up arrests of those alleged to have been involved in incidents of violence that occurred between July 9 and 13.

Police this week released photographs of 14 main suspects wanted in connection with the burning of the private residence of then Prime Minister Ranil Wickremesinghe on July 9.

Photographs of about 40 others who had allegedly been involved in the arson attack, causing damage to property and theft of items from the residence are to be released to the media in the coming days as police reach out to the public for information on their identities and whereabouts.

Investigations are also underway on some 300 others who broke through barriers near the private residence of President Wickremesinghe and entered the area. Part of them had scaled the walls and got into the residence.

Fingerprints of 20 suspects have also been obtained from the scene of the crime – eight from a vehicle parked inside the residence and 12 from parts of the building. Police are running them through their databases to see if any matches can be found.

Meanwhile, investigators are also combing through CCTV and video footage to find those who stole property from the President’s House, the Presidential Secretariat, Temple Trees and the Prime Minister’s office, an official of the Ministry of Public Security said.

Once an inventory of missing items has been taken, police are to release photographs of suspects caught on video making off with items found in these buildings along with a description of the item or items they are alleged to have taken, the official said.

Aside from CCTV footage, investigators have also received many video clips shot by police and security forces personnel who were at these buildings and authorities are also asking members of the public to submit any video footage they may have of the events.

The official further revealed that police were planning to offer cash rewards in the coming days to anyone providing information that would lead to the arrest of those wanted in connection with stealing such items or causing damage to public property.

Separate charges will be filed against those who broke into the state buildings.