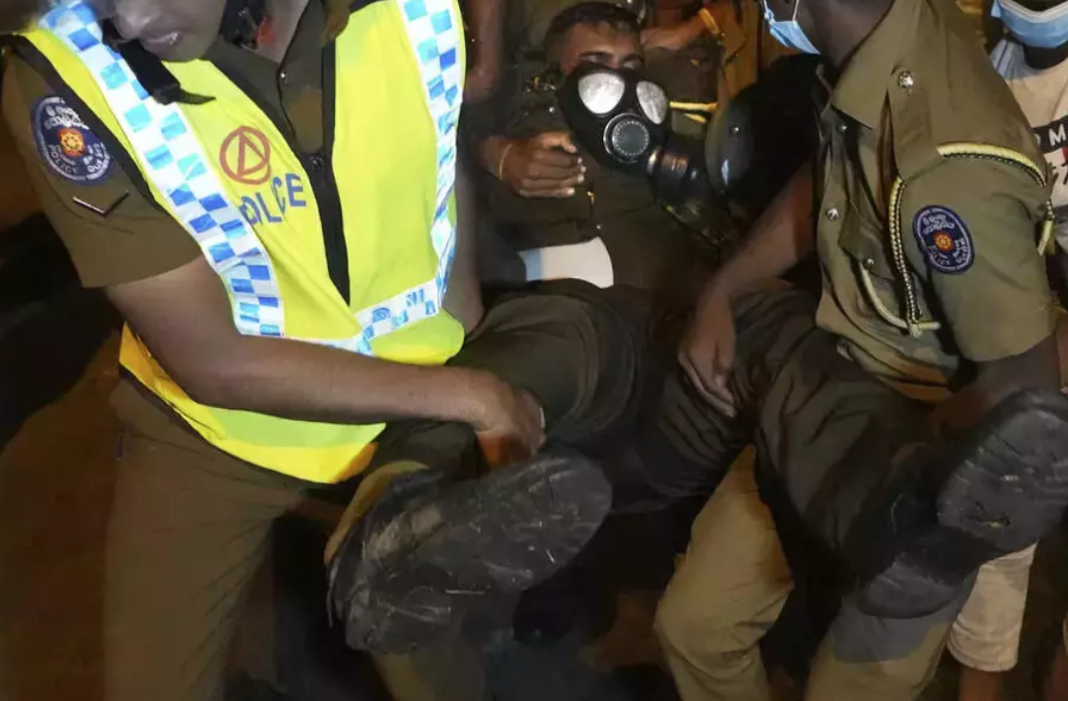 Expectations regarding the UN’s ability to implement its resolutions appear to be low.

Sri Lanka faced its worst ever defeat at the UN Human Rights Council last week when it voted on Resolution No 51/1 titled “Promoting reconciliation, accountability and human rights in Sri Lanka,” against the wishes of the government. Sri Lanka was able to only obtain the support of seven of the 47 countries that had been elected to represent the international consensus on human rights by the UN General Assembly. Also Read – Change is Never Easy, Only Necessary This was the 9th UNHRC resolution on Sri Lanka that different governments, including the present one, have refused to accept. However, in Sri Lanka itself, expectations regarding the UN’s ability to implement its resolutions appear to be low. The government has continued to arrest those who have been part of the protest movement despite condemnation by international and national human rights organisations.

The list of demands placed on the government by the UNHRC are greater than ever before. They include all the unmet demands of previous resolutions plus some more.

The most significant of these is the addition of economic corruption to the watchlist of crimes that are taking place in the country. There is concern regarding what this might mean as it is a new area of focus for the UNHRC. There is also the latent threat at the strengthening of the evidence gathering mechanism based in Geneva which is monitoring what is going on in Sri Lanka in terms of human rights violations both past and present. But so far except for travel bans placed on a handful of military officers, there has been no accompanying punitive action. There appears to be a complacent belief in the government that nothing will change.

“Finding the truth of what happened in the past and acknowledging it necessary to move on from the past to the present and to design a new future together. However, such a mechanism cannot be a stand-alone institution.”

The government was particularly strong in rejecting the evidence gathering mechanism created by the Office of the High Commissioner for Human Rights. It argued that no sovereign state can accept the superimposition of an external mechanism that runs contrary to its constitution. It recommitted itself to replacing the Prevention of Terrorism Act with a comprehensive national security legislation. This was promised on the last occasion as well along with a pledge not to use the PTA, which was not honoured when university student leaders of the protest movement were incarcerated without charge under it.

The manner in which the government is now trying to pass a new law to send extremists, drug addicts and others it chooses to Soviet-style rehabilitation centres suggests that the government’s policy makers have no sense about international human rights standards. Likewise, the Prevention of Terrorism Act was enacted in 1979 as a temporary provision for six months but has yet to shed it even after four decades.

The government is also planning a longer term response to the UNHRC through a Truth and Reconciliation Commission. Minister of Foreign Affairs Ali Sabry stated that the government is awaiting the final report of the Presidential Commission headed by Justice Nawaz. He indicated that the establishment of a domestic truth-seeking mechanism that would deal with issues of the war and the large-scale violations of human rights that took place on all sides is close at hand.

Finding the truth of what happened in the past and acknowledging it necessary to move on from the past to the present and to design a new future together. However, such a mechanism cannot be a stand-alone institution. It needs to be part of a larger system of change if it is to be a success, as was the South African Truth and Reconciliation Commission. Unfortunately, at the present time there are no signs at all that a supportive environment for a successful truth and reconciliation mechanism is being created. If it is to accord with international standards that would satisfy the UNHRC the framework of national reconciliation needs to include provision for constitutional reforms that address the causes that led to war in the first place. There are no signs of this at the present time.

The failure to obtain India’s support on this occasion can be taken as a major foreign policy setback.

India’s representative at the UNHRC, Ambassador Indra Mani Pandey said that while India has taken note of the commitments by the government of Sri Lanka on issues of implementation of the commitments in the spirit of the 13th Constitutional Amendment, meaningful devolution and the early conduct of provincial elections, “we believe that the progress towards the same remains inadequate.” India urged Sri Lanka to work meaningfully towards early implementation of these commitments because “Achieving prosperity for all Sri Lankans and realising the legitimate aspirations of Tamils of Sri Lanka for prosperity, dignity and peace are two sides of the same coin.”

The failure to obtain India’s support on this occasion can be taken as a major foreign policy setback. As the largest democracy in the world India’s position on any international issue is of global proportions. During the past year the economic assistance that India gave Sri Lanka, and continues to give, was the largest of any single country and dwarfing the contribution of all the countries that voted against Sri Lanka. The political concerns that India has with regard to the problems of the Tamil people in Sri Lanka needs to be seen in the context of India’s own Tamil population, and of India’s larger support to the Sri Lankan economy, and not simply as bias towards the Sri Lankan Tamil people.

The shiploads of petrol and diesel that India sent at the height of the dollar shortage when the lines in front of the petrol and diesel stations stretched for kilometers and for days, and when people died in those lines, must not be forgotten. The series of UNHRC resolutions on Sri Lanka are a direct outcome of this country’s inability to resolve the ethnic conflict in a peaceful and just manner that meets the needs of all its citizens. The origin of Sri Lanka’s three-decade long war lay and continues to lie in the political problem of how best to govern a multi ethnic and multi religious country. The solution from the time of S W R D Bandaranaike in the 1950s to Ranil Wickremasinghe today has been in the provision of a measure of self-government (provincial government) to those parts of the country in which the ethnic and religious minorities are a regional majority. This is the practice in other multi ethnic and multi religious countries, both large (India and Nigeria) or small (Malaysia and Switzerland).

Tragically, the idealism of the Aragalaya that sought a system change has been crushed and suppressed by those who fight a rear-guard action to preserve their feudal entitlements and access to corruptly obtained wealth.

The political solution needs to recognize that inasmuch as there is a national majority (Sinhala) which wishes to be in charge of their collective lives, so are there regional majorities (Tamil and Muslim) who likewise wish to be in charge of their collective lives. The unfortunate reality in Sri Lanka at the present time is the paucity of national political leaders who both understand this and are prepared to explain it to the people who look to them for leadership and guidance. Such leaders have been few and far between and their voice is not loud any more. In the past there was S W R D Bandaranaike, J R Jayewardene, Chandrika Bandaranaike Kumaratunga and Ranil Wickremesinghe. At the next level there were leaders such as Prof Tissa Vitarana, D E W Gunasekera, Vasudeva Nanayakkara and Prof G L Peiris.

Those of them in active politics today need to make their voices heard. During the halcyon days of the protest movement the young leaders of the Aragalaya spoke boldly against racism and racist politics practiced by those in government in which those of other communities were portrayed to be threats to national security and potential enemies of the state.

Tragically, the idealism of the Aragalaya that sought a system change has been crushed and suppressed by those who fight a rear-guard action to preserve their feudal entitlements and access to corruptly obtained wealth. Those who struggled for a system change are now being incarcerated as extremists. Even as twilight falls on the prospects of Sri Lanka becoming an internationally respected middle income country in the foreseeable future, the hope that idealism will prevail over cynicism must remain the leitmotif of those who work for system change.