Sri Lanka govt asks more time: to alter the demographic composition and the linguistic and cultural identity of the North a and East – TNA 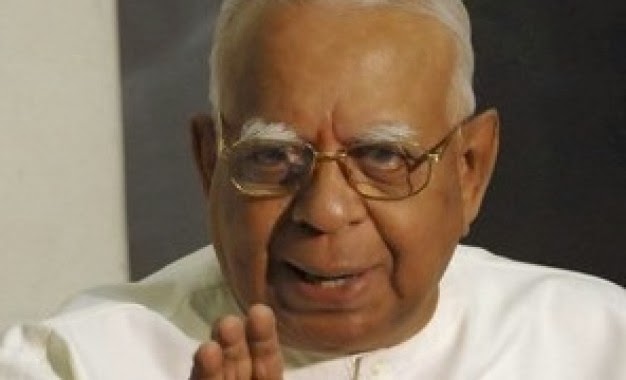 ‘The I.T.A.K. states that the Government is engaged in implementing a programme, the objective of which is to further alter the demographic composition of and alter the linguistic and cultural identity of the Northern and Eastern provinces. When the Sri Lankan government states that it needs more time, it only means that it needs more time to implement the said programme which is being vigorously pursued by the Government. ‘

The Central Committee meeting of the Illankai Tamil Arasu Kadchi was held on 26th.January 2014 at the Town Hall, Trincomalee. The meeting was attended by representatives from all districts in the Northern and Eastern provinces. The meeting which commenced at 10.30 a.m. under the chairmanship of R.Sampanthan M.P. President of the I.T.A.K. continued until 6.30. p.m.

The Central Committee conveyed its sincere thanks to the people of the Northern province who overwhelmingly supported the Tamil National Alliance, and gave the Alliance a convincing victory at the Provincial Council Elections.

The Central Committee unanimously resolved that the Tamil people were gravely harmed as a result of the following vital issues relating to their future in the Northern and Eastern Provinces not being resolved, though almost five years have lapsed since the conclusion of the war.

1) Land Issues – particularly the non settlement of displaced people on lands at Vallikamam in Jaffna District and Sampur in the Trincomalee District which lands despite commitments made by the Government to the Supreme Court and in Parliament that the displaced people would be resettled, continue to be under military occupation, and steps are now being taken by Government for the unjustifiable acquisition of around ten thousand acres of land in the said two places, which lands had been used by the displaced Tamil People, for residence, livelihood and other social and cultural purposes for generations and centuries. Houses, temples and schools within such lands have been continuously destroyed by the military, despite such destruction being brought to the notice of the President, and assurances that such destruction would terminate. The military has occupied other lands after the end of the war in several places in several districts in the North and East which denies the displaced people the right of residence, livelihood and other legitimate use of such lands which had been in their occupation for generations and centuries before they were displaced.

2) The issue of several thousands of missing persons has not been addressed honestly and effectively so as to ascertain the true fate of such persons and thereby relieve the families of their present agony which has continued for many years.

3) The continuance of a strong military presence particularly in the North and the adverse impact of such presence on the lives of the Tamil civilian population, particularly on the civil administration and on females and in matters such as livelihood, free movement, and being able to lead a life with dignity and self respect.

5) The failure on the part of the Sri Lankan Government to implement the commitments made at the bilateral talks between the Government and the Tamil National Alliance, in regard to the evolution of an acceptable political solution and the abrogation unilaterally by the government of such bilateral talks and the setting up of a Parliamentary Select Committee at which only the government is represented with the objective of diluting and diminishing the powers granted to Provincial Councils under the present 13th amendment to the constitution and thereby evade the fulfillment ofthe commitment made by the Government to the International Community particularly to India to enhance the existing constitutional provisions, so as to bring about meaningful devolution of power.

6) The Northern Provincial Council despite the efforts made by the Chief Minister and though 4 months have lapsed since elections were held to the Provincial Council has not been able to function effectively, consequent to the failure on the part of the Central Government to take necessary steps urgently required to enable the provincial government to function effectively. Such failure includes disregarding legal provisions, pertaining to the Provincial Administration.

Such failure on the part of the central government is also a repudiation of the democratic verdict of the people of the Northern Province and is indicative of the Central Government’s unwillingness to honestly share power with the Provincial Government. The Government thereby impedes and obstructs genuine reconciliation.

The I.T.A.K. states that the Government is engaged in implementing a programme, the objective of which is to further alter the demographic composition of and alter the linguistic and cultural identity of the Northern and Eastern provinces. When the Sri Lankan government states that it needs more time, it only means that it needs more time to implement the said programme which is being vigorously pursued by the Government.

If the Sri Lankan Government is honestly committed to bringing about genuine reconciliation between the different peoples, the government should as a matter of urgency address at least the above vital issues and thereby render the urgently required relief to the gravely affected Tamil people.