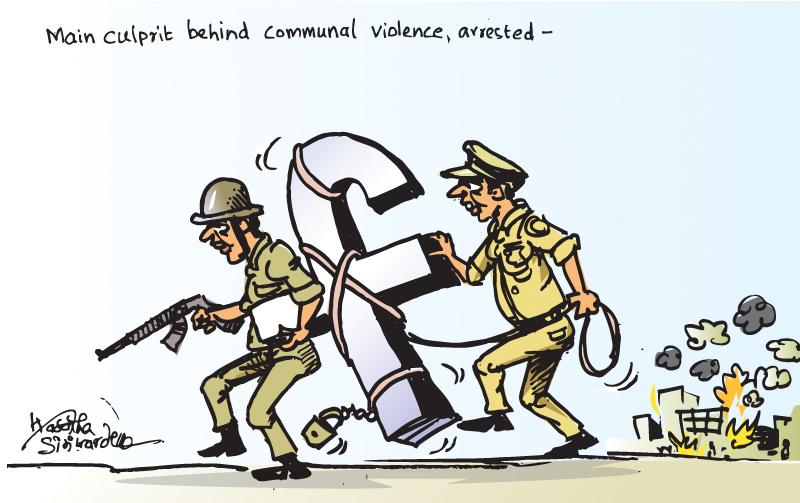 (Press release 14th March 2018) We, the National Movement of Web Journalist of Sri Lanka, with severe contempt disagree with the decision of the Unity Government of Sri Lanka to restrict access to all social media in Sri Lanka. The particular decision is quite contrary to the best options that would have been taken by the Government of Sri Lanka to control the growing issue of communal violence in the country. In a case where communal violence were growing without leaving an enough space for the government to ensure a control of whatsoever, the ideal solution that should have been taken was identifying the racist individuals that fuel the communal violence in the society and taking legal actions against them. We would like to remind the Government of Sri Lanka, that there are enough laws already enacted for such a level of prevention of violence.
Despite these, taking actions to restrict the access to social media in a way that affect all of those who are in Sri Lanka is a clear indication of the Government’s attempt to control the optional journalism practices of Sri Lanka. Further, it is a clear restriction that imposed on the Freedom for Information of all Sri Lankans.
Sri Lanka has no lack of experiences of Governments that attempted on restricting / controlling optional journalism practices of the country in an attempt of concealing its own weaknesses. Particularly, during the Rajapaksha regime one could find a number of examples that implied the particular regime’s attempts of masking its failures by banning the optional Web media & web media which were politically opponent to them, and by threatening and intimidating the journalists of such media. However, what is more ironic is the Sirisena – Wickremesinghe Government which gained the political power on the very promise of ending such arbitrary practices on media and journalists has now taken the same as their approach. In their case, they have went further from restricting web media to restricting all social media. In simple, Sri Lankans now face a situation, regrettably, of which they have been forced in to the fire from the frying pan.
The Government’s decision to restrict social media creates an enormous number of communication issues to both of those who are in and out of the country. Government will also fail in providing a credible information on an accurate estimation of profit damage this might have generated in the Business sector of the country.
As the National Movement of Web Journalists of Sri Lanka, we believe the Government will utilize the social media restriction as the initiative event of their long-term plan of suppression. This could very well be Government’s trial on evaluating the possibilities of restricting social media-based optional journalism in an upcoming Presidential or a Parliamentary General Election in which such journalism could grow problematic to the political future of the Government.
If the Unity Government decide to continue its current abrupt and suppressive manner of governing, we, the National Movement of Web Journalists of Sri Lanka will not hesitate to take lead in initiating a democratic ideological change campaign which would end the Government’s lifetime just the way we the Sri Lankans did to the Rajapaksha regime. Therefore, we demand the Government of Sri Lanka to stop disguising undemocratic practices as solutions to the issues of the country. The Government should act to identify real issues and be accountable to solving them.
Suvin Wagaarachchi,
Convener
Share
Facebook
Twitter
WhatsApp
Pinterest
Email