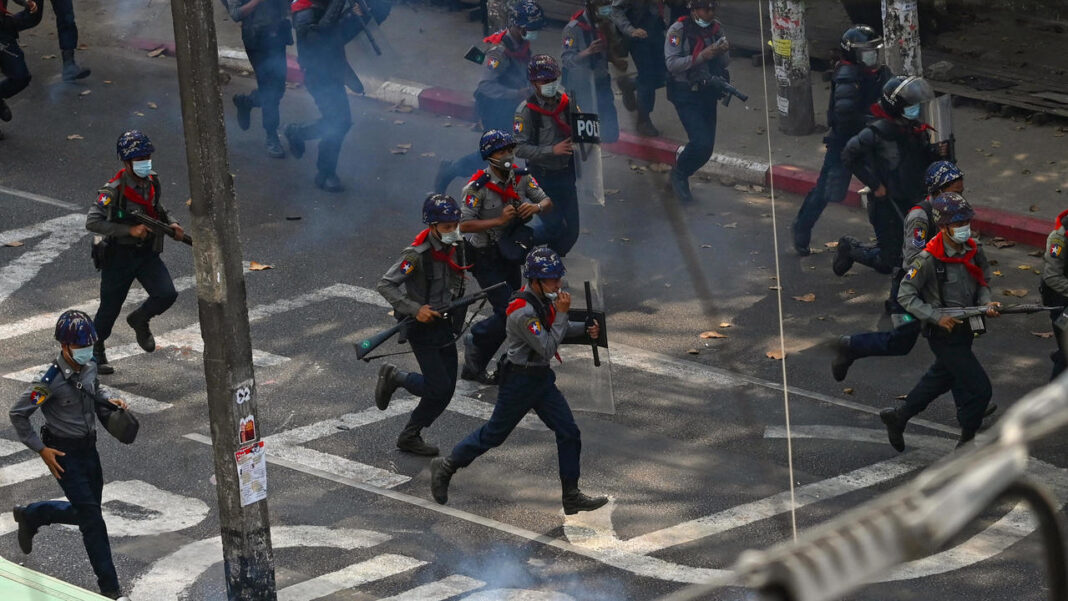 If the Government of Sri Lanka wants to congratulate itself which it seems to be desperately seeking to do on the (inevitable) passing of United Nations Human Rights Council Resolution 46/1 in Geneva this week, it may do so for having irrevocably internationalised the prime duty of the State to protect its citizens in accordance with the Constitution.

This is precisely what we are at, make no mistake. By each and every act, the Government has flaunted contempt for constitutional safeguards, the upholding of basic liberties of citizens and pushed the minorities to the wall. This ranges from an amendment to the Constitution (20th Amendment) erasing constitutional checks and balances to an unwarranted fracas over cremation of the Muslim covid-19 dead. Let us also not forget the unconscionable demoralisation of the legal process by a politically motivated Commission of Inquiry which went so far as to order the Attorney General to submit to its dictates regarding prosecutions of politically powerful persons.

It was almost as if  this administration did all it could to give ammunition to Resolution 46/1, so deep and so pervasive were its hammer blows aimed at the law and the Constitution. Well if so, it has got its wish. Resolution 46/1 faithfully follows the chequered path of this Government and most awfully pronounces on the singular inability of legal and the judicial systems to perform their constitutional role. The core of the Resolution is premised on the potential for recurrence of grave human rights abuses and serious violations of humanitarian law. Notably, the insistence in earlier Resolutions that these must amount to crimes against humanity, a specific legal doctrine mandating international intervention, is absent.

Instead we have the emphasis on ‘the accelerating militarisation of civilian government functions; the erosion of the independence of the judiciary and key institutions responsible for the promotion and protection of human rights; ongoing impunity and political obstruction of accountability for crimes and human rights violations in “emblematic cases”; policies that adversely affect the right to freedom of religion or belief; increased marginalisation of persons belonging to the Tamil and Muslim communities; surveillance and intimidation of civil society; restrictions on media freedom, and shrinking democratic space; restrictions on public memorialisation and so on and so forth.    Is this the Mad Hatter’s tea party?

Indeed, the breadth of this Resolution is extraordinary. It far surpasses the focus on wartime accountability in the closing stages of the conflict between government troops and the Liberation Tigers of Tamil Eelam (LTTE) in 2009 which formed the central premise of previous Resolutions. In Resolution 46/1, the Rule of Law is a central premise, going beyond the guarded language of its predecessors. And it is no answer to this Resolution to bleat that, electoral mandates in 2019 and 2020 enabled subversion of the law and the Constitution. We are long past the time of the Weimar Republic where Herr Adolf Hitler and his storm troopers justified the killing of millions on the basis that they were ‘given the mandate’ by the citizenry.

Dangerously in consequence of what the Government has done and is doing, even reasonable safeguards well within the province of a State to enforce, such as the regulation of islamist madrassas, the conducting of elections and the independent functioning of courts have become bargaining tools, exposed to outside scrutiny, trade-offs and competing geopolitical pressure. We saw this when the refusal to allow Muslims to cremate their dead was lifted in the wake of pressure by the visiting Prime Minister of Pakistan. Meanwhile the Minister of Public Security holds forth on ‘ban the burkha’ only to backtrack almost immediately thereafter.

Is this the Mad Hatter’s tea party or a Government holding the reins of State? ‘The circus of mad follies’ aptly referred to in the spaces of this colunm last week continues without pause. Reportedly, the Foreign Affairs Minister has declared that Resolution No 46/1 (adopted on 23rd March 2021) is ‘illegal.’ This awakens mischievously mocking ghosts of 2006 when an ex-Chief Justice of Sri Lanka held that the Presidential act of accession to the Optional Protocol to the International Covenant on Civil and Political Rights (ICCPR) amounted to an unconstitutional exercise of legislative power. This was on the basis that the Human Rights Committee had been conferred with ‘judicial power’ within Sri Lanka, (Nallaratnam Singarasa v AG, 2006, per SN Silva).

The national and the international operates separately

Both claims reflect, of course, a fundamental legal error. The international and the domestic operates within their own spheres of influence. In 2006, that (exceedingly flawed) thinking of the Supreme Court was directed at an international treaty which had no immediate domestic impact though it unmercifully lampooned this country in the eyes of the world. In 2021, this claim by the Foreign Affairs Minister of the ‘illegality’ of UN Resolution 46/1 makes us a laughing stock, to put the matter bluntly. It also serves to throw dust in the face of the electorate.  By Resolution 46/1, the Office of the High Commissioner has been authorised ‘to collect, consolidate, analyse and preserve information and evidence’ of gross violations of human rights or serious violations of international humanitarian law.’

The Office has also been tasked to ‘advocate for victims and survivors, and to support relevant judicial and other proceedings, including in Member States, with competent jurisdiction.’ This delegation of power has direct consequences. Henceforth, the Sri Lankan Government will be called upon to think twice when awarding plum diplomatic postings to individuals implicated in gross human rights abuses.  Cases launched on the basis of universal jurisdiction in the past in foreign courts by private bodies citing Sri Lankans have had little success. That will not be the case any longer. That potential applies across the board and beyond the military and the political levels, let me add.

Classically, prosecutions on the basis of gross violations of humanitarian law on the basis of universal jurisidiction have extended to other state officers in prosecutorial and bureaucratic roles implicated likewise. That caution may best be kept in mind. And at this point, tired refrains of (former) colonial nations subjugating the (formerly) colonized nations may be dispensed with. Certainly it is sheer foolishness to talk of ‘moral rights’ restraining the backers of this Resolution. The United Kingdom’s moralising against Sri Lanka in Geneva has rich irony even as it seeks to bring an Overseas Operations Bill in its legislature designed to safeguard British troops from prosecutions for crimes committed overseas following the lapse of five years.

This dangerously riotous comedy must stop

Never mind that this Bill would violate numerous principles of international law by providing near-immunity to its armed forces. The double standards thereto is indisputably breathtaking. But perhaps this is what the Sri Lanka Government is contemplating as it floats yet another harebrained idea claiming that it will legislate to give immunity to military officials. Whether it was a case of too much sun on that day afflicting governing legislators, it was also asserted ridiculously that this law would confer ‘international immunity’ on the military.

Again, the Government should be given a crash course on what constitutes international law and what, domestic law to avoid gaffes that follow one after the other, like a riotously bad comedy. But surely, at least now, Sri Lanka’s strategy must go beyond foolish talk, rein in crackpots masquerading as Ministers, recognise the gravity of what has ensued and engage in course correction. The other path that we can go down is the ‘Myanmar-ization’ of the State. Where will this end? In the rampant shooting of civilians, dissenters, monks, the complete breakdown of the economy and state structures and the international blackening of the nation which Myanmar reflects?

Is this what we want?