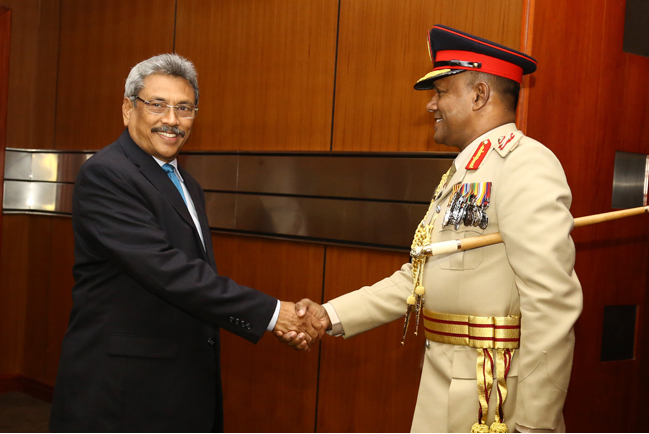 Gotabhya Rajapaksa has stated that he never approved the dismantling of the Kankesanturai (KKS) Cement Factory and cement company and sale of its machinery and equipment as scrap iron. He had also not seen any document granting approval for it signed by him either, reports Daily News.

“The PRECIFAC is conducting investigations into an alleged fraud involving the dismantling of the Kankasanturai Cement Factory reported to be in a re-operational condition and the cement company and the sale of the machinery and equipment as scrap iron for over Rs.100 million by the Army during the previous regime.

This alleged fraud was disclosed by State Counsel Senior Attorney Janaka Bandara during submissions made before PRECIFAC about AN alleged act of fraud and corruption committed during the Rajapaksa regime from 2011 to 2015. Documents relating to this alleged fraud were found during investigations made by the Commissions. Former Additional Secretary to the Defence Ministry Siripala Hettiarachchi had made an official note at the Ministry to the effect that former Defence Secretary Gotabahaya Rajapaksa told him that former President Mahinda Rajapaksa had sanctioned the sale of this stock of iron. Another note at the ministry stated that Internal Auditor R.M. Premachiandra had pointed out the need for Cabinet approval to effort the sale.

Investigations revealed that this stock of iron had been sold to one Siraz Mohamed and Yusuf Asthan and a retired Army officer named E.M.V. Ekanayake. A sum of Rs. 75 million had been realised as proceeds from the stock sold to Ekanayake.

It was revealed that this action had been taken by the Army in an arbitrary manner without any acquisition of the Cement Corporation premises situated in an area of 741 acres, State Council Senior Attorney Janaka Bandara making submissions made for he prosecution said. These had been made with written evidence during investigations made by Constables Herath and Wijesinghe under the supervision of Sub Inspector Herath,former Army Commander Daya Ratnayake, former Commander Jaffna Security forces Headquaers Maj.Gen.Mahinda Hathurusinghe, Maj.Gen. Udaya Annesley Perera, Additional Secretary Defence Ministry Siripala Hettarachchi, Yousuf Asthan and Siriaz Mohamed appeared as defendants before the commissions.