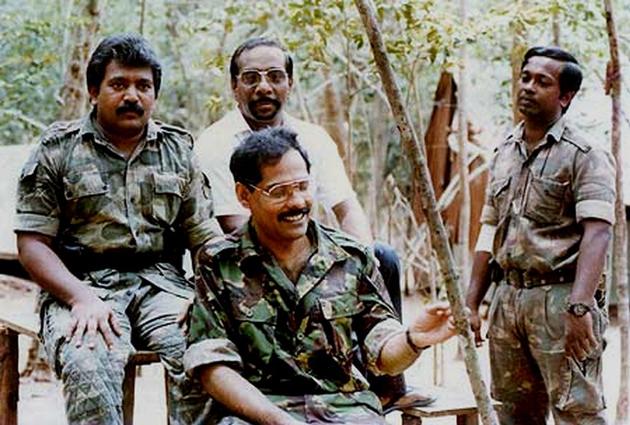 The last leader of Sri Lanka’s Tamil Tigers, who is wanted by India over the assassination of former premier Rajiv Gandhi, has been freed from military custody, the defence ministry said Wednesday.

Selvarasa Pathmanathan, who was arrested in August 2009, was no longer in detention and was free to carry out work for a charity he had formed, said Lakshman Hulugalle, the head of the defence ministry’s media centre.

The announcement comes less than a month after the closure of the last camps which had housed people who were displaced by the 37-year conflict and amid pressure on the government to pursue reconciliation with minority Tamils.

But the main Tamil political party said the release should not be seen as an act of reconciliation, asserting that Pathmanathan — who is also known as “KP” — had cut a deal with the government.

The news emerged when Hulugalle was asked how Pathmanathan, who has an Interpol arrest warrant initiated by India against him, was reportedly living in the island’s north.

India regards the 58-year-old Pathmanathan as a key suspect in the May 1991 assassination of Gandhi by a Sri Lankan Tamil suicide bomber during an election rally in the southern Indian state of Tamil Nadu.

“Practically, there is no detention now,” Hulugalle told a press conference.

He said Pathmanathan was running a non-government organisation and doing “development work” in the island’s north. “There is no court case against him,” he added.

“This (transformation of Pathmanathan) is a victory for us. A person who had been working against us and leading Tamil people is now working to develop the country.”

Pathmanathan, the chief international arms buyer for Tigers, was appointed the head of the Liberation Tigers of Tamil Eelam (LTTE) by its elusive leader Velupillai Prabhakaran just before he was killed by Sri Lankan troops in 2009.

Rights groups have accused Sri Lankan security forces of killing up to 40,000 civilians in the final stages of the ethnic war, a charge vehemently denied by the military.

Sri Lanka is also under international pressure to share political power with the minority ethnic Tamil community and address grievances of racial discrimination that fuelled the LTTE’s separatist struggle.

The country’s main Tamil political party, the Tamil National Alliance (TNA), gave a cool response to the release, saying Pathmanathan had cut his own deal.

“If the government is serious about reconciliation they can start by (releasing) all those Tamils in custody who have no charges against them for long periods.”

A senior Asian diplomat, speaking on condition of anonymity, said that the government saw Pathmanathan as a possible ally for local elections in the former war zone next year and even as a potential provincial “chief minister candidate”.

Pathmanathan was arrested in August 2009 by undercover Sri Lankan security agents at an undisclosed South East Asian destination and flown to Colombo.

The state-run media had also accused Pathmanathan of a string of criminal activities, including gun running and drug smuggling.

There was no immediate comment from the Indian embassy to Pathmanathan’s release which came despite an Interpol arrest warrant against him at the request of the authorities in New Delhi.
By Amal Jayasinghe (AFP)
AFP