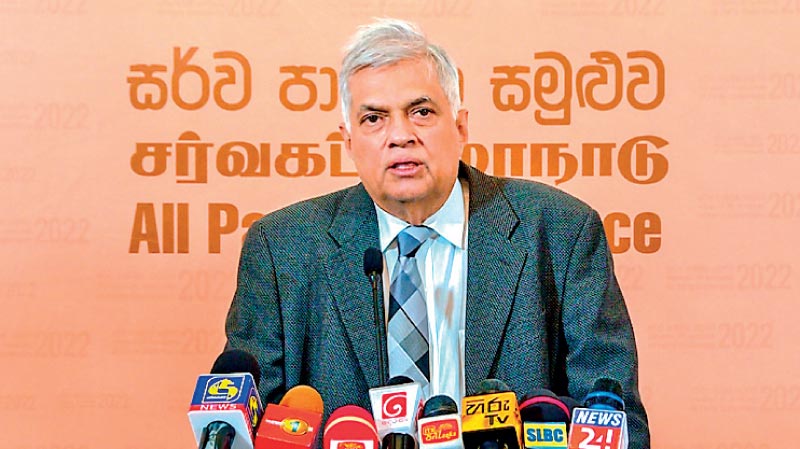 The Special Presidential Commission of Inquiry (PCoI) investigating the work of the previous Government’s Anti-Corruption Committee and its Secretariat has issued a 12-point charge-sheet on former Prime Minister Ranil Wickremesinghe.

Three of the charges against Mr Wickremesinghe are related to alleged violations of the Constitution by aiding and abetting the establishment of political bodies known as the National Executive Council (NEC), the Anti Corruption Committee (ACC) and the Anti Corruption Secretariat (ACS).

The Commission for Examining, Information Gathering, Investigating, Reporting the findings and Providing Recommendations on the Tasks undertaken by the Anti-Corruption Committee and its Secretariat was appointed by President Gotabaya Rajapaksa to implement the recommendations and decisions of the CoI appointed to investigate political victimisation. That Commission was chaired  by retired Supreme Court Justice Upali Abeyratne.

A fourth charge is over aiding and abetting the establishment of a “police division” known as the “Financial Crimes Investigation Division (FCID)” in violation of the provisions of the Criminal Procedure Code. Through his actions in aiding and abetting the establishment of the NEC and the ACC, Mr Wickremesinghe is also accused of violating his oath to discharge the functions of his office “in accordance with the Constitution of the Democratic Socialist Republic of Sri Lanka and the law.”

While serving as a member of the NEC and the ACC, the former Premier is further accused of directly or indirectly using the FCID, the Bribery Commission, special police investigation units and the Criminal Investigation Department (CID) to seek political revenge against 47 persons listed in a separate schedule of the charge sheet. The persons listed include Government officials, employees of State institutions, security forces and police personnel and others who served in various positions before the January 2015 presidential and August 2015 parliamentary elections.